Ryuichi Murai may be the best boulderer you’ve never heard of – and he’s ok with that.

Ryuichi, 21, is a goofball with a flop of brown hair, who sometimes wears a Disney shirt when he climbs. After the crag, he and his friends play Rubik’s Cube together. “Time attacking the Rubik’s Cube!” Ryuichi says. “Four of us using an iPhone as a stopwatch.” Asked if he ever wins, he says “Never. My friends are too smart.” 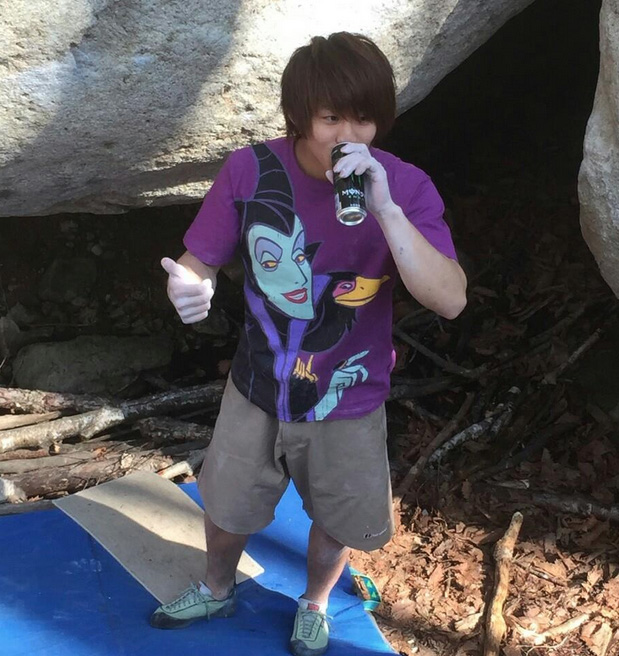 The goofball is a bouldering phenom. On April 14, he finished Hydrangea (V15) in four days. It was his third V15 in a month. “I usually don’t take so much time for an ascent,” he says after some prying. Since April 2015, he’s completed four V15’s, seven V14’s, five V13’s, three V12’s, and one V11. This month, Five Ten noticed him and Ryuichi got his first major sponsor locally. But he isn’t famous yet… in fact, his Instagram only has 220 followers.

In the age of sink-or-swim social media, climbing sometimes feels like a high-school election: the popular kid wins because he lives in the cool neighborhood and everyone knows him. Good luck to the smart kid with the nerd glasses.

Asked whether it bothers him that the media so far hasn’t paid much attention to his ascents, he says, “I hardly think how the others are going to think about Japanese culture.” Does he feel as if there are many talented climbers in Japan that Americans don’t know about? “Half yes, when talking about the strength of climbing,” he says. “But to be honest, this is difficult question for me, cause I don’t usually care about reputation from others.”

In fourth grade, his dad began bouldering as a hobby. He took Ryuichi with him to local crags and quickly recognized his son was talented. Ryuichi started training under Koji and Yuka Lida, a famous husband-and-wife coaching team, and the Japan National Team asked him to join when he was 13. 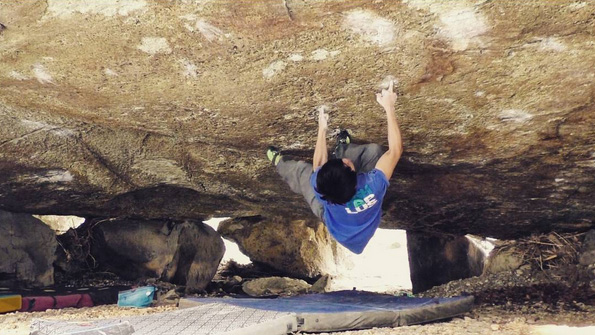 When high school ended, Ryuichi enrolled at a private Jesuit college and began studying information science. On the weekends he ticked off Shiobara’s hardest problems, sending Dai Koyamada projects in days and hours.

For Ryuichi, none of these climbs were goals in themselves; it was just good fun. Bouldering, he says, isn’t a bloodsport in Japan. It’s a “really at-home atmosphere, very friendly and helpful. Not competitive.”

Ryuichi never intended to win sponsors or even pursue climbing as a career. He just wanted to find his perfect climb and enjoy the crags. “I’m into finding new routes… king line for me,” he says. But now the international climbing community is starting to notice, the phone is buzzing, and he has a career decision to make.

“I’m thinking about to do office job and climbing,” he says when asked about going pro after graduation. “I’m longing for those kind of life, sponsors and don’t care about money, only climbing. But I want to have my career as a businessperson and that’s my career path for now.” 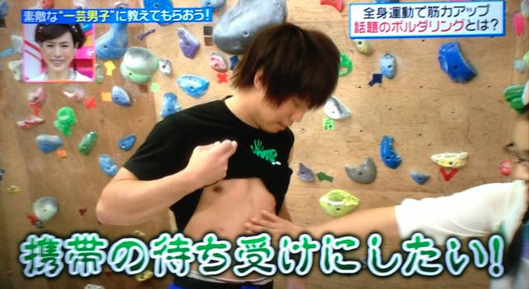 Perhaps Ryuichi’s monkish perspective on fame stems from a one-time appearance on national TV in Japan.

In 2013, bouldering blew up in Japan and a game-show host asked him for on-air lessons. Ryuichi obliged. A little while later he saw the footage. “I surprised them with my body… I don’t have any abs at all,” he says. “I was so embarrassed when I saw my stomach was broadcast in zoom up. So I hardly ever upload the video where I climb naked above the waist!”