Based on Mick Conefrey’s new book THE GHOSTS OF K2: The Epic Saga of the First Ascent 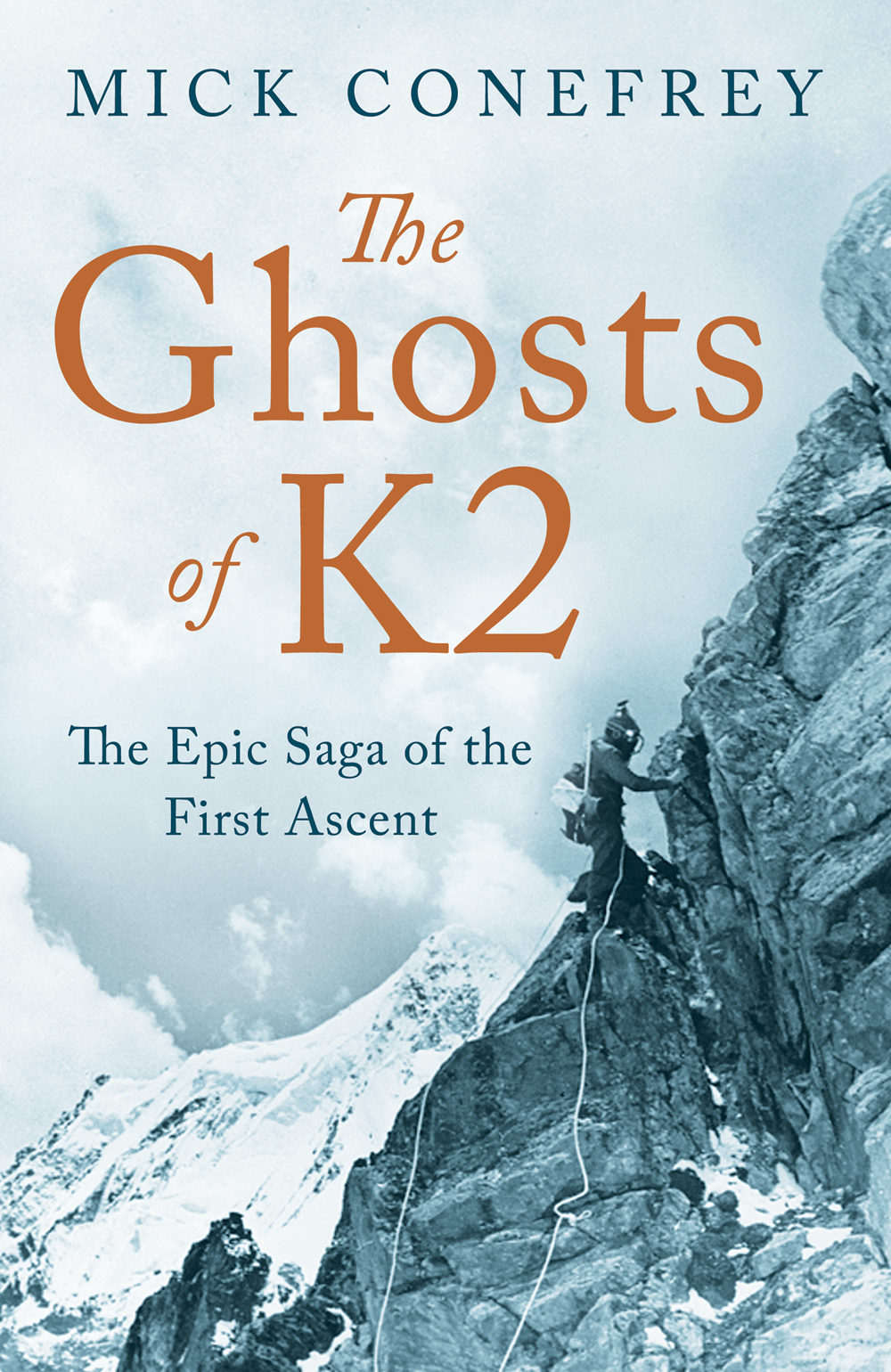 At about 6:00 p.m. on July 31st 1954, Achille Compagnoni and Lino Lacedelli became the first men to stand on the summit of K2. That much is certain. Precisely how they got there is not.

The 1954 Italian K2 expedition is probably the most rancorous in the history of mountaineering. Almost as soon as the team got home the lawsuits started. They argued about everything from expedition finances, to the rights to the film, to the leadership of Ardito Desio, the organizer of the expedition. The bitterest and longest running dispute, however, was of a much more fundamental nature. Walter Bonatti, the youngest member of the team, claimed that the two men who reached the summit had lied about key elements of their ascent. He fought a long, hard battle to get his version of events accepted in Italy and in the international climbing world. But did Bonatti get it right and how much weight should now be given to the role of Robert Marshall, the self confessed “arm-chair mountaineer” who played a decisive role in the controversy?

Today Bonatti is acclaimed as one of, if not, the greatest climber of his generation but in 1954 he was the youngest member of the team. During the early stages he did not do any of the lead climbing but at the end he was entrusted with a vital task. In an epic of endurance, Bonatti and the Hunza porter Amir Mahdi carried two 18kg oxygen sets from their seventh camp at 7440m to around 8100m. They got within shouting distance of the summit pair but were unable to reach their tent and had to spend a night in the cold without any protection. On the following day they descended, leaving Compagnoni and Lacedelli to retrieve the sets and head for the history books. Remarkably Bonatti survived unscathed but Mahdi developed severe frostbite.

This episode didn’t receive much coverage in Desio’s official expedition book, The Conquest of K2, but in 1961 Bonatti published his first autobiography, Le Mie Montagne, and gave a detailed account of what happened. He was very critical of the summit pair, accusing them of placing their final camp so high that it was impossible to reach and then abandoning their support party to their fate. Bonatti portrayed Compagnoni as a man on the edge of exhaustion, so jealous of his position as climbing leader that he was prepared to endanger fellow team members’ lives.

Three years later, a report appeared in an Italian newspaper, based on an interview with Compagnoni, which told a very different story. It accused Bonatti of trying to make an unauthorized attempt on the summit, abandoning his partner Mahdi and most damagingly, of using some of Compagnoni and Lacedelli’s oxygen during his high altitude bivouac. Bonatti denied all the charges, sued for defamation and won the case. But the arguments didn’t stop. 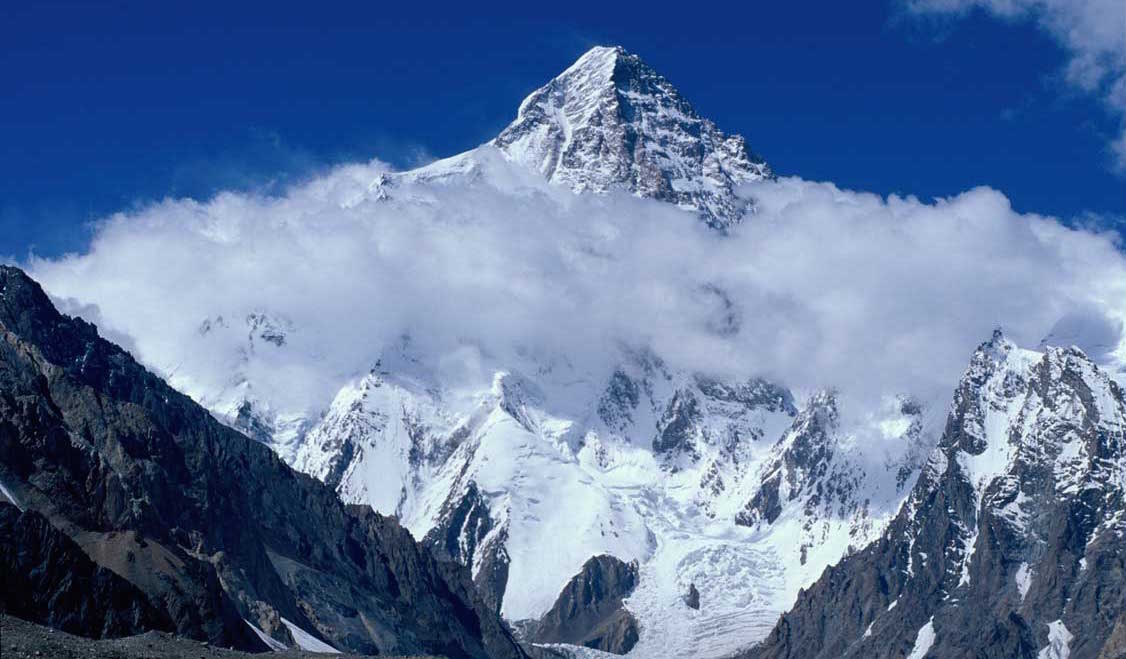 Both Bonatti and Marshall made the mistake of applying 1980s’ standards to a 1950s’ story. Modern oxygen sets might be relatively reliable, but those of the 1950s were not. And this wasn’t the only example of Robert Marshall looking at the past with modern day eyes.

According to Marshall’s commentary on K2, as published in The Mountain’s of My Life and then elaborated upon in his book K2 Lies and Treachery, the story of the oxygen running out early was the lynchpin of an elaborate conspiracy theory, what he called a typical piece of ‘Machiavellian bastardy’, designed to make Bonatti the scapegoat for his partner Mahdi’s frost bite.

Bonatti had emerged from his bivouac physically unscathed, but Mahdi later had all his toes amputated. According to Marshall, Desio was very worried that this incident would sully the reputation of his historic victory. Marshall envisaged a series of meetings between Compagnoni, Desio and an irate Mohammed Ata-Ullah, the Pakistani liaison officer assigned to the Italian team, out of which emerged a plan to scapegoat Bonatti, the youngest and most “expendable” member of the team, and avoid any criticism of the triumphant summit pair for placing their final camp so high. Marshall backed up his theory by referring to angry reports in the Pakistani press and an affidavit made in response to the Italian ambassador in Karachi in September 1954, to clarify events on the mountain. 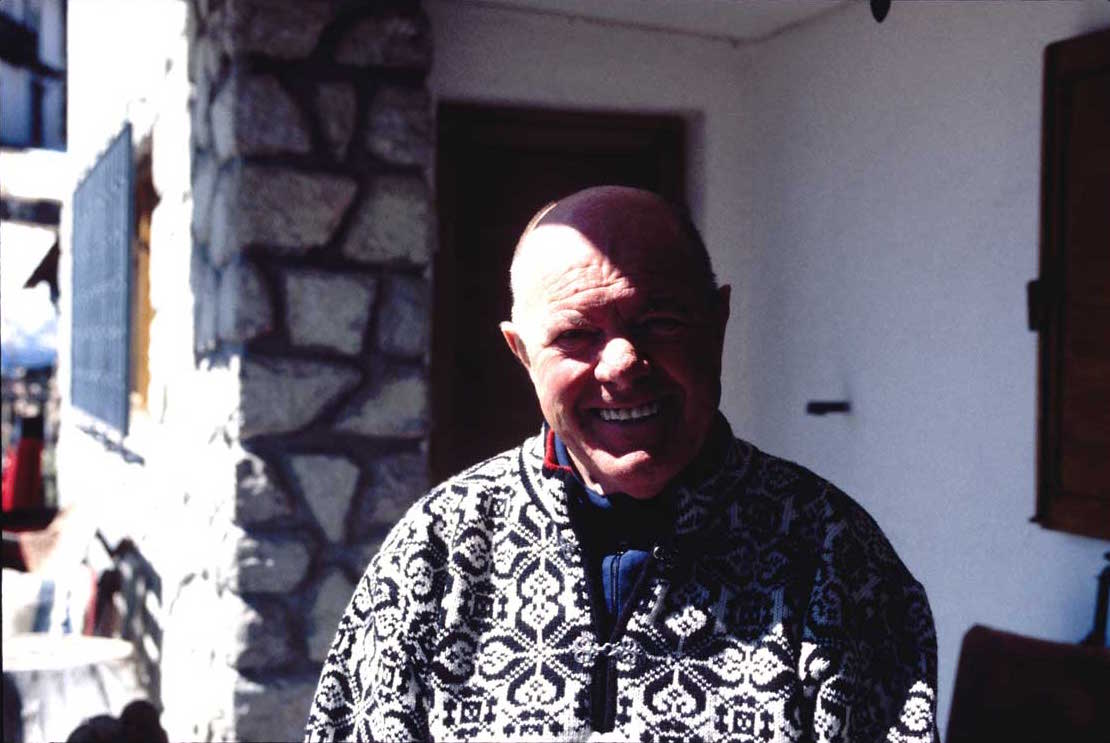 There are no letters, diary entries, memos or any archival evidence to support this and the idea of Ata-Ullah storming into Desio’s tent to demand an explanation for Mahdi’s frostbite makes no historical sense. The Italian expedition had been personally approved by the Pakistani Prime Minister, the Pakistani army had built the bridges that enabled the Italians to reach K2 more quickly than any previous expedition, Compagnoni and Lacedelli had planted the national flag on the summit of Pakistan’s highest mountain. Would Ata-Ullah really have had the temerity, or the desire, to create a public scandal when he and everyone else was so thrilled at the first ascent of K2?

In the 1950s mountaineering was seen as an inherently dangerous sport and frostbite as one of its occupational hazards – for both Western climbers and their Eastern assistants. Only a few years earlier Maurice Herzog had famously lost all his toes and most of his fingers on Annapurna and the last two K2 expeditions, in 1939 and 1953, had resulted in the deaths of two American climbers and three Sherpas. Robert Marshall ignored the fact that both Compagnoni and Lacedelli also came down from the mountain with severe frostbite, while their colleague, Mario Puchoz, lost his life right at the beginning of the expedition. There would have been sympathy for Mahdi’s frostbite but Desio would not have feared a scandal.

As for the idea that he was frightened by the Pakistani press, Desio could not have read any angry press reports, because he did not leave K2 with the climbing team, instead staying in the Karakoram for a secondary scientific expedition. When critical press reports were published in Karachi at the beginning of September, he was many miles away on the Biafo Glacier and had no idea what was being written. Furthermore, the negative press coverage did not focus on Mahdi’s frostbite, but rather on the mistaken idea that the Italians had prevented him from reaching the summit, because they wanted to keep that privilege for themselves. In the affidavit made to the Italian ambassador, signed by Bonatti and Compagnoni, there is no mention of Mahdi’s frostbite. 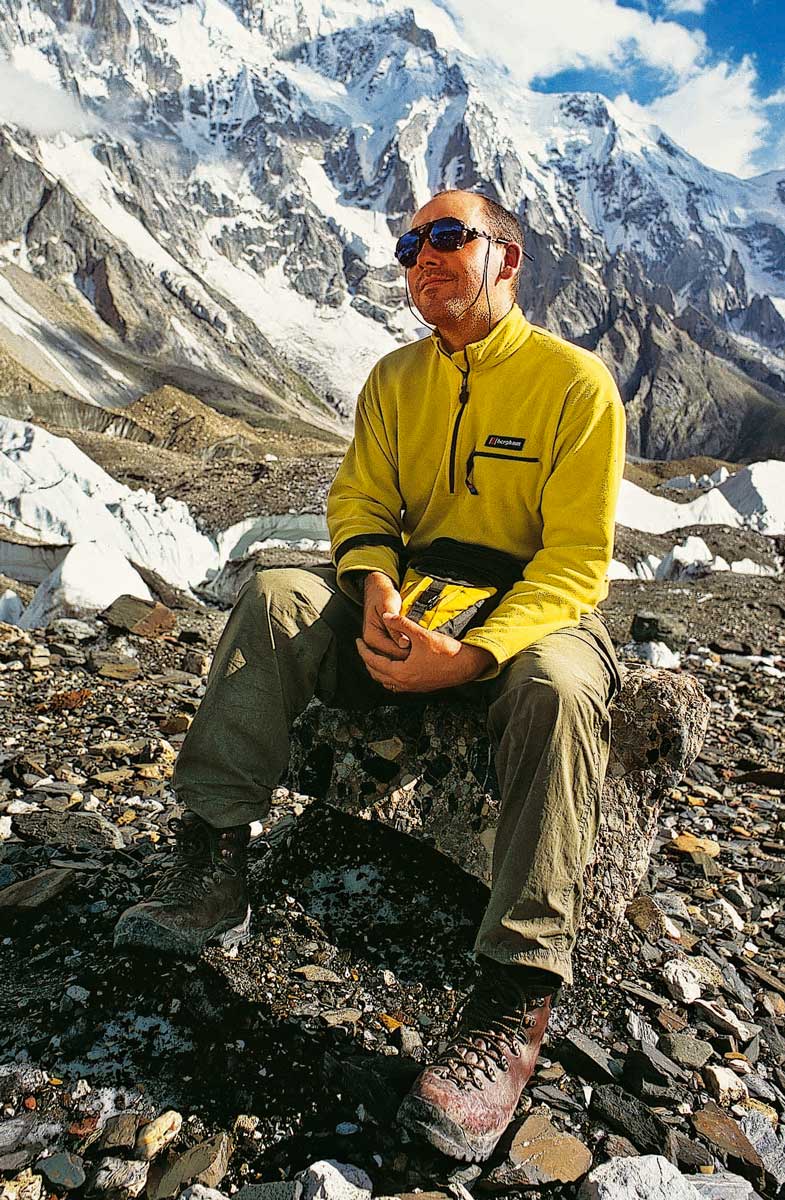 Compagnoni rejected the accusations of Marshall and Bonatti but he did not take either of them to court. Instead he appealed to patriotic values and called for all the mud slinging to stop. To some this might seem suspicious but Compagnoni was 80 when Marshall’s article was published and after spending years in court on a failed attempt to get a share of the K2 film’s profits, would have had no appetite for another legal battle. He was a tough, sometimes abrasive character; he did not have Walter Bonatti’s charisma or his climbing record. This however does not make him a liar.

As for Lacedelli, Bonatti and Marshall portrayed him as Compagnoni’s toady, but the two men were neither friends before the expedition, nor afterwards. When in 1955 Compagnoni sued the producers of the expedition film, Lacedelli did not support him and even signed a team letter condemning his actions. In his book K2, the Price of Conquest Lacedelli was very critical of Compagnoni but he insisted that the story about the oxygen running out was true- whatever Bonatti or Marshall wrote thirty or forty years later – he was certain that it had, because he experienced it.

Bonatti’s “mathematical proofs” are rarely questioned but they too have problems. His timetable for the summit day was inconsistent; he conflated Compagnoni’s book, Men on K2, and Desio’s 1955 book, The Conquest of K2, into one mythical “official version” and refused to accept the evidence of Pino Gallotti, another Italian climber who witnessed the events and kept a detailed diary. Robert Marshall put his faith in Bonatti because he was such an honourable man but this is not a story about personalities – it’s about oxygen sets. All the historical evidence indicates that it was much more likely for something to have gone wrong with Compagnoni and Lacedelli’s equipment, than for it to have worked perfectly.

Bonatti won his libel case in 1966. He did not need to rewrite the whole story of the summit day to prove that he had been wronged; the judge accepted that he had neither abandoned Mahdi, tried to stage an ‘unofficial’ attempt nor used any of the summit team’s oxygen. Robert Marshall did not need to concoct a complex conspiracy theory to explain the photographs taken on the summit. The simple version, that Compagnoni and Lacedelli were telling the truth, that the oxygen ran out as a result of ‘cock-up rather than conspiracy’ as (the British writer) Jim Curran might have put it, has holes and problems and contradictions, but on balance it is far more historically plausible than Bonatti or Marshall’s elaborate version of events.

Hillary and Tenzing left a small cross and some sweets on the summit of Everest, Herman Buhl left his ice axe on the summit of Nanga Parbat, Lacedelli and Compagnoni carried their empty oxygen sets to the summit of K2 and left them there as a marker. It might sound strange, it might sound irrational, but in extraordinary situations people often behave in extraordinary ways. Elaborate conspiracy theories are just an attempt to bring order to the chaos of life – reality is frequently much stranger.

PURCHASING INFORMATION
To purchase THE GHOSTS OF K2: The Epic Saga of the First Ascent, on which this story is based, please visit amazon.com, bn.com, or your local independent bookstore.

MICK CONEFREY is an internationally recognized filmmaker and acclaimed writer on mountaineering. He has produced several BBC and History Channel documentaries on exploration, including the film Mountain Men: The Ghosts of K2, which won the best mountain documentary award at the Telluride Film Festival in 2003. His previous books include the bestselling Everest 1953 and The Adventurer’s Handbook. He lives in Oxford, England. Follow him on Twitter at @mickulus.