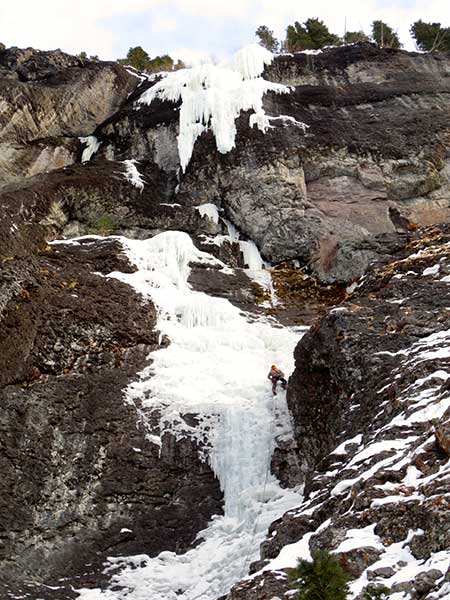 Kiessel, a climbing guide for San Juan Mountain Guides and based in Durango, Colorado, told Rock and Ice, “As soon as we topped-out on Whorehouse, I knew we were golden. Conditions were great and the stoke was high.”

His climbing partner, Pickren, also a Durango resident and climbing guide for San Juan, had been dreaming of linking up Bird Brain Boulevard, Bridalveil Falls and Ames Ice Hose for years. A friend, Mark Miller, suggested they include The Talisman for the “quadfecta,” first done by Adam George and Bryan Gilmore. It wasn’t until Pickren and Kiessel were driving over Coalbank Pass that they decided to add Whorehouse to the list.

Why these five routes?

“They are what we would consider the best ice climbs in the San Juan’s,” says Kiessel.

And to the best of his knowledge, no party has climbed all five in a single push.

Their goal was to make it under 24 hours and in the end, it took just over 17.

“Everything was fat with great trails to the base,” says Kiessel. “Plus the mild temps made the belays pleasant. Honestly it was about as easy as it could get.” 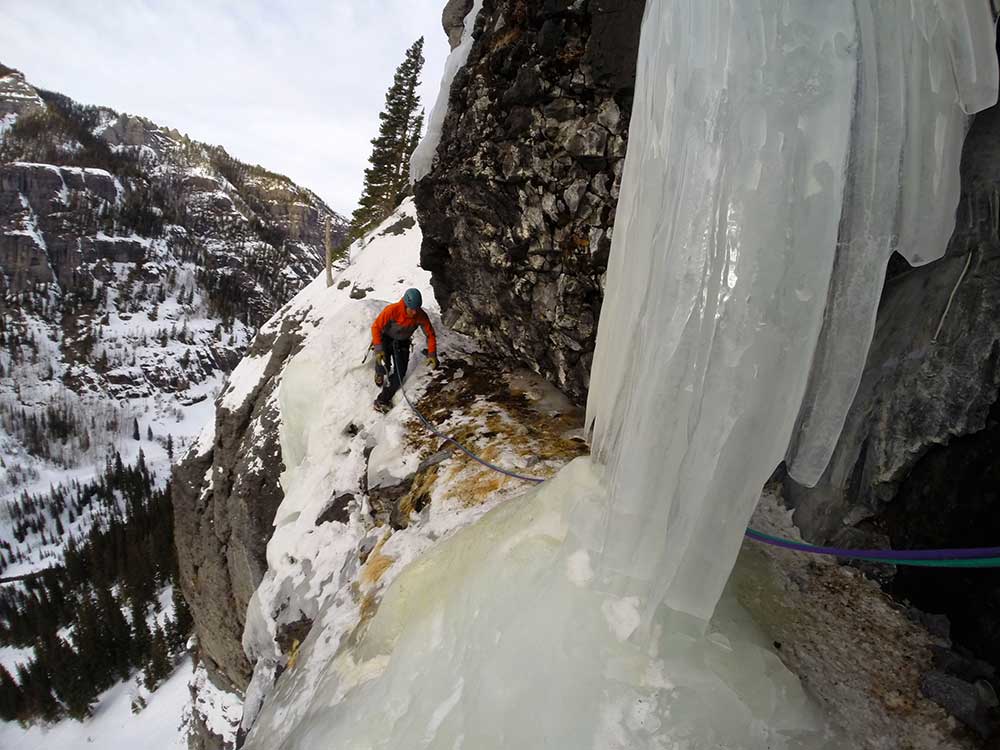 Both Kiesseland Pickren also work for the nearby Farmington New Mexico Fire Department in addition to guiding. Kiessel was on duty the night before the climb.

As firefighters, they work 48 hours on and have 96 hours off, explained Kiessel.

“I probably got six hours [of sleep] the night before,” Kiessel says. “I got off work that morning. We met in Durango at 8:30 and drove up. An earlier start would have been nice but it was the best we could do.”

Pickren, who was not on the same shift, had the benefit of more sleep.

According to Kiessel, lack of food was the most difficult aspect of the link-up.

“Having just gotten off work, I hadn’t planned super well. I bought some food in Silverton before Whorehouse, but didn’t buy enough. By the time we were running out of food, after Bridalveil (their fourth climb), all the stores were closed.” 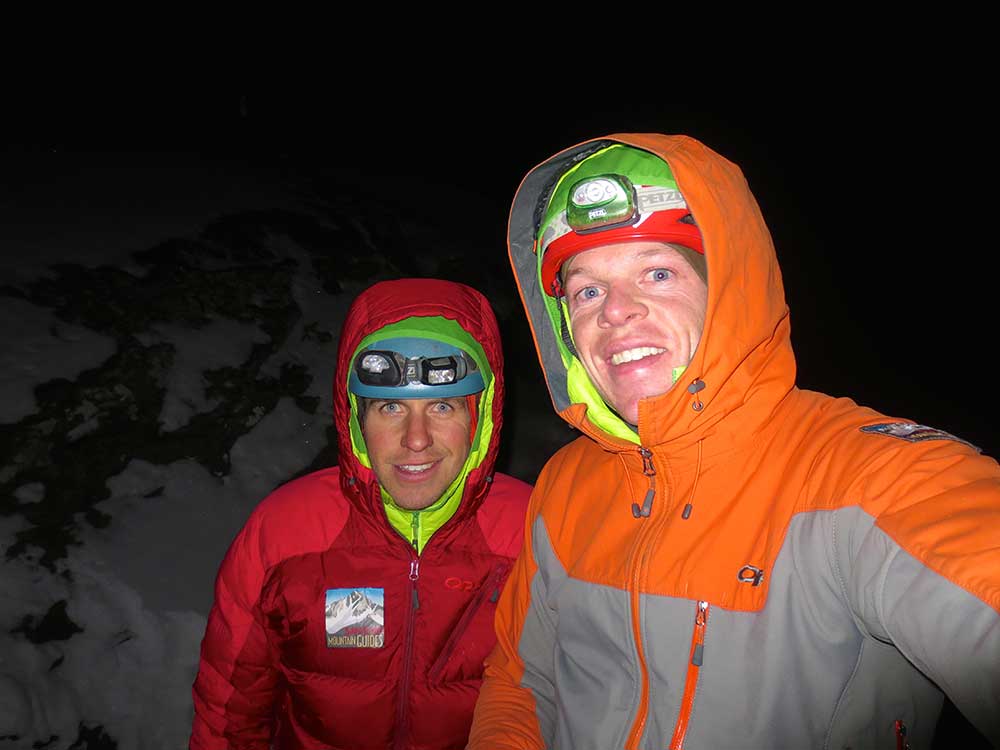 As for the rest of the season, Kiessel and Pickren hope to attempt a desert tower link-up.

“We’ll see how that goes,” says Kiessel, “It’ll be challenging for us, that’s for sure.”