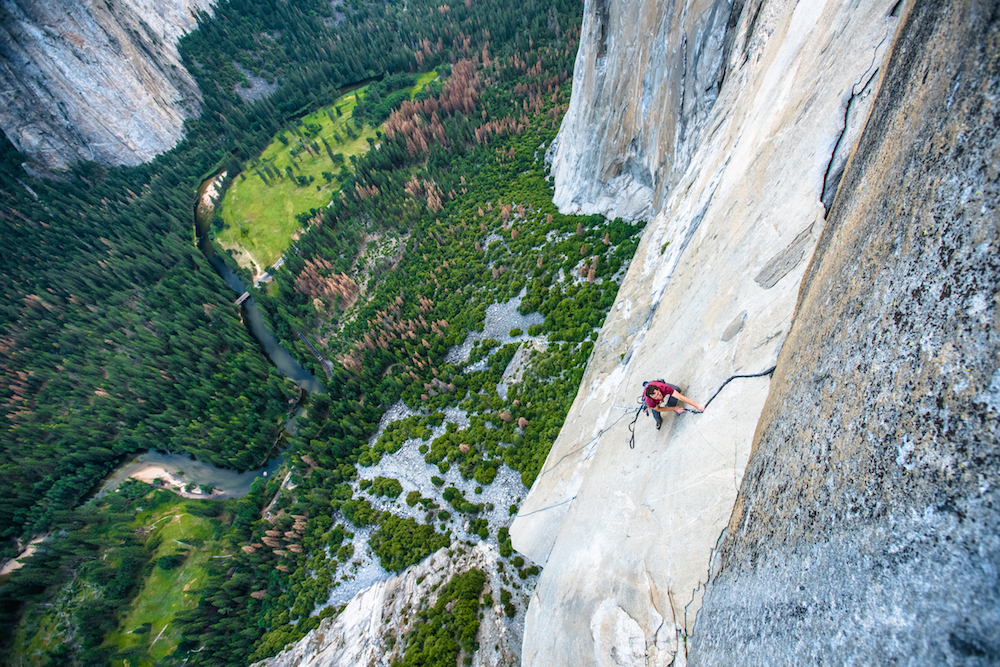 What was the planning process like for the link-up?

BG: I came up with the plan this past winter in Boulder, Colorado. I was going to do it with Dave Allfrey. He’s a really efficient aid climber. We planned
it all out, but he injured his finger in a climbing fall. I asked Scott [Bennett] and he was down.

SB: We knew the routes pretty well. The motivation really came from Brad. I happened to be in Yosemite doing El Cap with my girlfriend, and Brad asked
me if I could stick around for a few days and do the link-up with him.

Why Yosemite? Why El Cap?

BG: Yosemite has always just been my spot. It’s close to where I grew up and I’ve always been into long all-day routes. Great weather and perfect granite—I’m
not super stoked on snow and ice.

SB: I just kinda got roped into it, but it really appealed to me. I love doing long climbs, and it had been a long time since I had done that kind of climbing
on El Cap. It was a cool chance to get back into that game with a partner who is really competent. It took a little bit of convincing myself that I
could do it, but I knew we could at least give it a good attempt.

How did you choose the order of the three climbs?

BG: We were worried about heat. Zodiac went into the shade at three or four, so we started at two. We planned to do The Nose at night,
and Lurking Fear the next morning so we wouldn’t be fried on the walls. The shade wasn’t really necessary because it was freezing and we were
in T-shirts.

Any practice runs before the link-up?

BG: We kind of just threw it together. We climbed Zodiac two days before and it took us over seven hours. We didn’t have time to climb the other
two together, so we just went for it.

SB: We already had the beta on the routes from previous personal experience. Repeating Zodiac two days before was because it’s the most technically
challenging route, but that was the extent of our direct preparation together.

Did it take a while to find a rhythm?

BG: No not really, we were pretty smooth all along—Scott and I have climbed a lot together in the High Sierra and have done some big link-ups, so
he’s kind of my go-to for long days of climbing.

Any celebrating when you topped out on Lurking Fear?

BG: I called my girlfriend. Basically we just ate and slept when we got down. No partying, just eating and sleeping!

SB: We were happy to be done—so tired. When we finished we still had quite a bit of walking to do before we got back to out tent. Just had some water,
popped some Advil, shot some photos, and hung out with our friends on top [of Lurking Fear] before hiking back down.

What was the toughest part of each route?

BG: The aid climbing was technical and really time consuming, but Zodiac went smooth. I felt good on The Nose and was pretty wired, but
on Lurking Fear there’s a lot of steep, sustained crack pitches, and those wore me out. But then Scott just crushed it as we rushed to the
top. 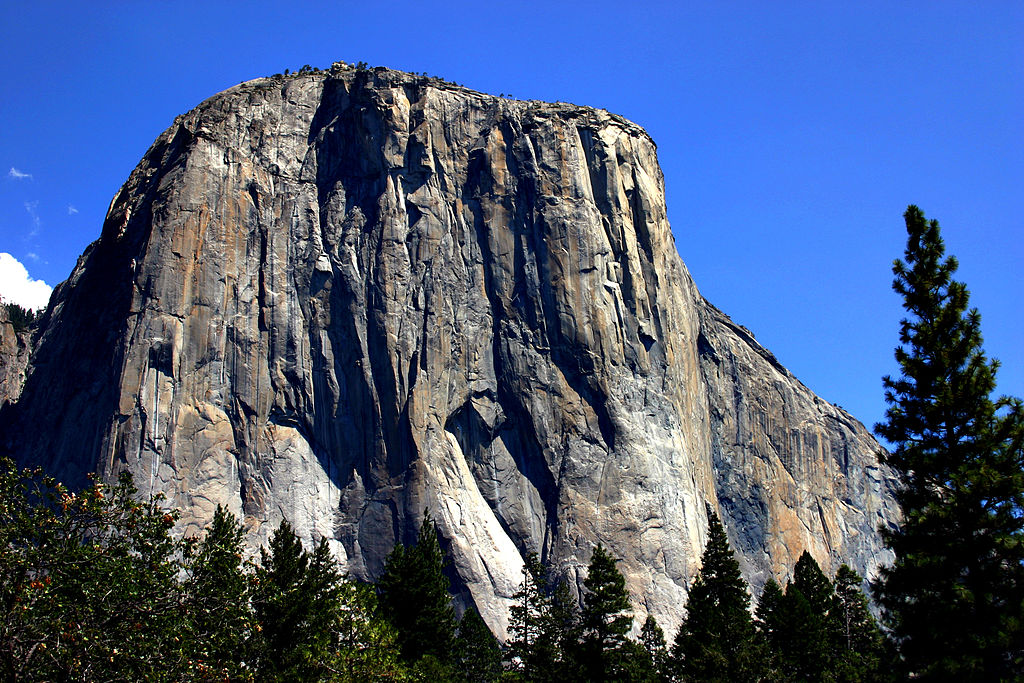 Did anything unexpected happen?

BG: There was this one spot on Zodiac’s Nipple pitch where I was cleaning some cams that Scott had placed on the top of a traverse. I was jugging
on them and they popped—I took a good-sized swing on that one. We also surprised a few people sleeping on The Nose in the middle of
the night.

SB: We free soloed the first pitch of Lurking Fear, which is maybe 5.6. I grabbed a huge jug and realized that it was loose and shifting, and
I had this vision of tumbling off. We ran it out with a light rack but I knew I could always place a cam if I were freaking out … well, maybe
that’s a little optimistic.

How does this link-up compare to your other notable climbs?

BG: It was both easier and harder than some of the other stuff I’ve done—no 5.13, no 5.14, but throwing it all together in one day was just exhausting.
It was the longest climbing day I’ve ever had. The crux was just fighting sleepiness—I was awake for about 37 hours. I nodded off a few times
while belaying Scott on Lurking Fear.

SB: It was cool to do something first, but it wasn’t the toughest, or fastest, climb that’s ever been done in the Valley. There’s a long tradition of Yosemite
24-hour link-ups.

BG: I’m going up to Squamish soon. I think I’ll be there through the end of the summer.

SB: I’m going to Greenland this August with some friends for big-wall granite climbing.