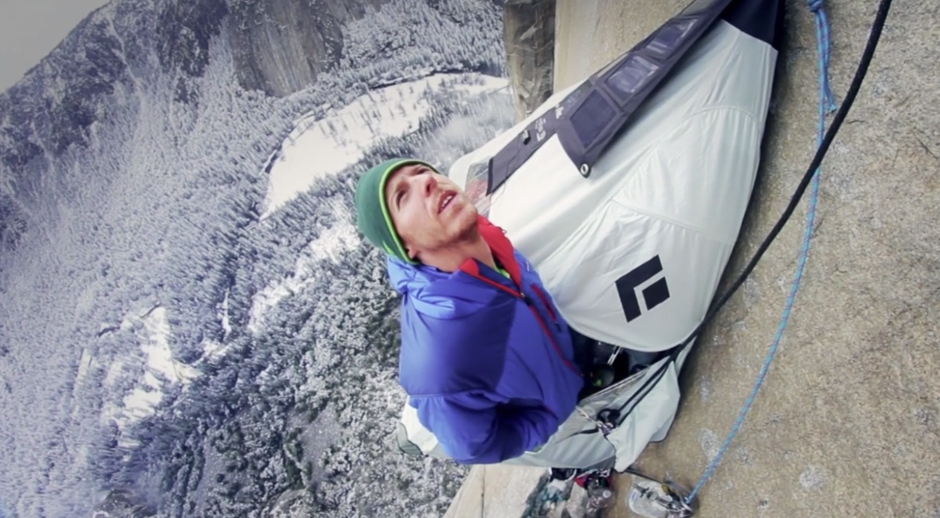 “I can’t seem to keep this climb off my mind,” wrote Tommy Caldwell on Facebook last night.

The climb, of course, is the Dawn Wall. That’s right folks. Tommy Caldwell has healed his separated ribs and is back for more on the hardest unclimbed big-wall route in the world.

“My first day back on the wall was spent dodging ice chunks and trying to climb despite the bitterly cold wind,” continued Caldwell on his Facebook post. “Yosemite sure is breathtaking when blanketed with snow.”

Despite the winter weather, Kevin Jorgeson and Caldwell are now currently on the wall, though they are battling a little more than just small holds and eight-foot dynos.

“We are headed up. The ice is headed down. Hope we don’t meet,” posted Jorgeson on his Facebook account. He also shared the video below, which shows the conditions he and Caldwell are dealing with on El Cap.

Also, don’t miss the exclusive Dawn Wall Episodes, which are the team’s dispatches from the field.