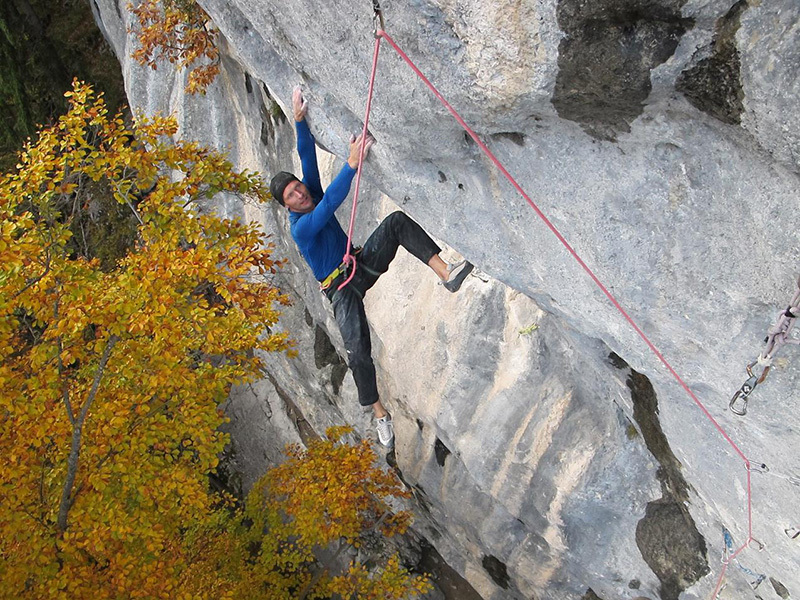 Planet Mountainbroke the news of the ascent, stating that in the winter of 2012/2013, Lamprecht “put his crashpad to one side and bolted a line through the most obvious, 35m [115-foot] high bulging central section.”

Lamprecht described Black Flag as having a 5.12b intro leading into a V10 crux which then finishes with pumpy 5.13b.

On top of being a world class climber, Lamprecht makes a living by working with handicapped children and playing in punk-rock bands. His band ANALSTAHL has released three vinyl records.

“There are still a few climbers at the concerts, though they get rare these days because of the strict diet and their hard evening endurance workouts,” wrote Lamprecht on the Arc’Teryx website, “the most famous climber ever seen at such a concert was Fred Nicole.”