Japanese climber Toru Nakajima has made the fourth ascent of Lucid Dreaming (V15) on the Grandpa Peabody boulder in Bishop. Nakajima joins
the ranks of Daniel Woods and Alex Megos who, along with the first ascensionist Paul Robinson, are the only people to conquer the intimidatingly steep
and highly condition-dependent route.

Robinson originally graded Lucid Dreaming as V16, before downgrading it to V15. However, the limited number of ascents since its development are testament
to its ferocity. It took Nakajima three trips to Bishop over three seasons to complete the line.

“To tell the truth, I have not been motivated to try this problem since I started to try it. Such a pure, short, fingery hard moves are not my style of bouldering. My finger skin [was] injured so many times and I had to stand [the] physical and mental stress. I have been stimulated to focus on this hard problem by my vexation.

I think I should have chosen more attractive problem for me for my project. Usually I am relieved to climb such a problem rather than feel like happy, however this time, I am very happy to complete this because I realized my progression [over the] last three years. Now I can say it was the hardest problem I have done ever.” 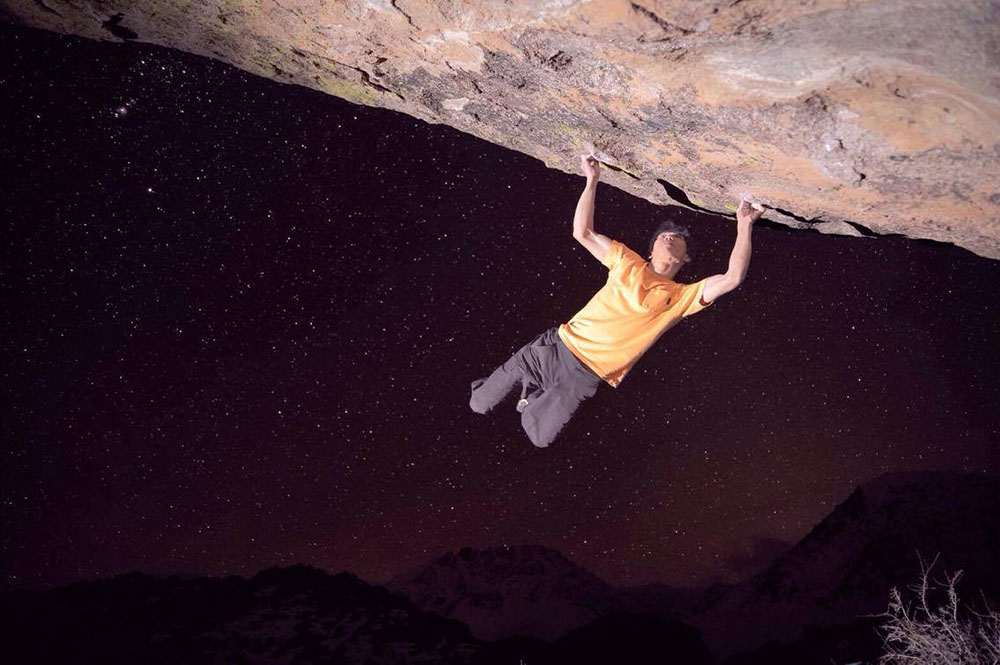 “After 16 days efforts, three seasons, finally I did my long standing project Lucid Dreaming!! We arrived Bishop at 15th but rain kept us inside until yeasterday…

…I couldn’t believe it while my way to the top, even I descended to the ground. I paid enormous energy and time, I felt heavy mental pressures during last two years, however I felt it more easier than I expected. I was really happy, but as times go on, I became confused. May be i have to wait for a while to understand what meaning this three seasons.”