Trango Extraordinary Climbing has issued a voluntary product
recall for all Trango Vergo belay devices in batch numbers 16159 and 16195 that were sold after 1 October 2016.

According to a press release, as of 14 April 2017, Trango has received two reports of devices with malfunctioning lowering handles; no injuries have been
reported due to this issue.

14 April 2017 – Trango has elected to voluntarily recall all Trango Vergo belay devices in batch numbers 16159 and 16195 that were sold
after 1 October 2016. Please IMMEDIATELY cease use of all such Vergos and return them to Trango for replacement as described below.

Trango has recently discovered that the handles on some Vergo belay devices may have loosened to allow lateral wobble or movement of the handle. If excessive
downward force is exerted on a handle subject to lateral movement, the handle may over-rotate onto the front plate, preventing the front plate from
moving freely, and impairing the device’s assisted braking capacity. If the handle over rotates as described above, the assisted braking function is
impaired or disabled, and the risk of uncontrolled descent increases significantly.

Proper use of the Vergo, however, never requires the handle to move forward and over rotate onto the front plate.

As of 14 April 2017, Trango has received two reports of this issue occurring. No injuries have been reported due to this issue.

The units affected are in batch numbers 16159 and 16195. You can identify your Vergo’s batch number adjacent to the carabiner hole as shown in the photo
below. 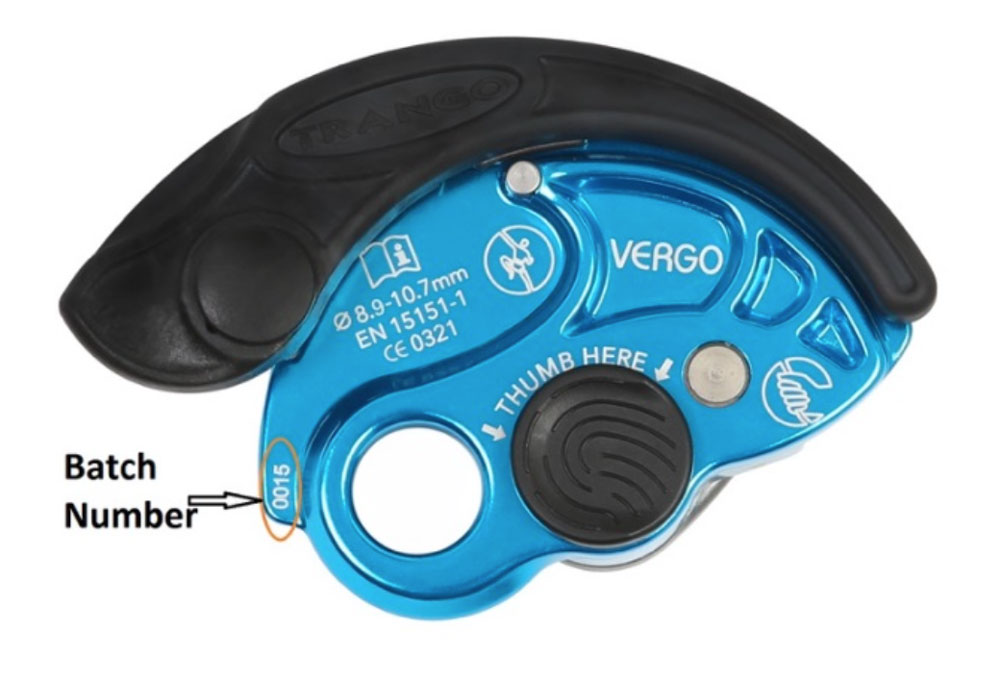 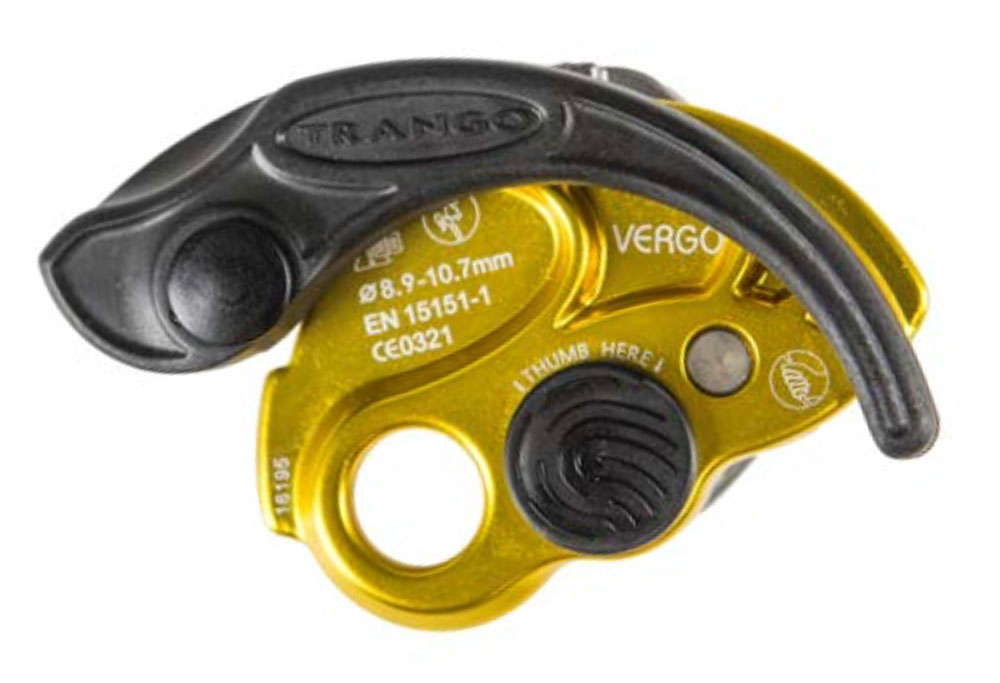 After analyzing the issue, Trango has redesigned the Vergo’s handle attachment point and has modified the handle itself to prevent it from over rotating
and impairing the free movement of the front plate.

The recalled Vergos have been sold worldwide. If your device is affected, please email vergorecall@trango.com for further instructions on how to return
your Vergo to us or visit http://trango.com/t-product-alerts.aspx for instructions.

Trango will replace6your Vergo as quickly as possible and will pay for all shipping costs to recall and return your Vergo back to you.

The safety of our customers is our primary concern. We are sorry for any inconvenience that this may cause. Trango understands that any voluntary recall
is inconvenient and we are working hard to ensure that you receive your replacement Vergo as quickly as possible.

The Vergo Belay Device by Trango: