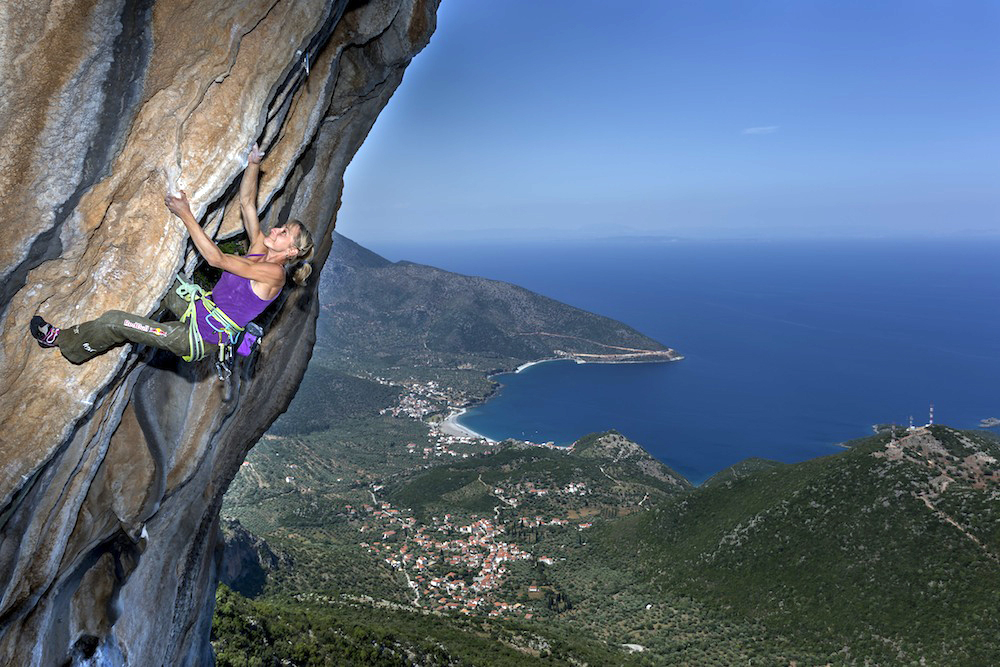 In Greece, there is a tiny seaside village named Kyparissi. Untouched limestone cliffs—full of “steep and futuristic tufa lines”—sit above above the sea, sand beaches and whitewashed houses.

“I’ve had Kyparissi in mind since I first recognized the potential…in November 2014,” Angy Eiter tells Rock and Ice. “The urge to come back to establish new lines on the perfect limestone crags became overwhelming.”

Eiter traveled to Kyparissi this June and met Greek route pioneer Aris Theodoropoulos for beta. “He told me that there are just a few established routes in the sector Babala. The rest of the huge crag is still to be established,” says Eiter. “Upon hiking up there I first realized the endless package of amazingly steep and futuristic tufa lines.”

Eiter, along with her partner Bernie Ruech, got to work—the hardest part for them was choosing where to start. “It felt like cherry picking,” Eiter says.

Eiter’s first line was a 115-foot, overhanging tufa buffet. “It turned out to fit my style totally,” she says. Eiter sent the route in no time and suggested a grade of 8c [5.14b]. 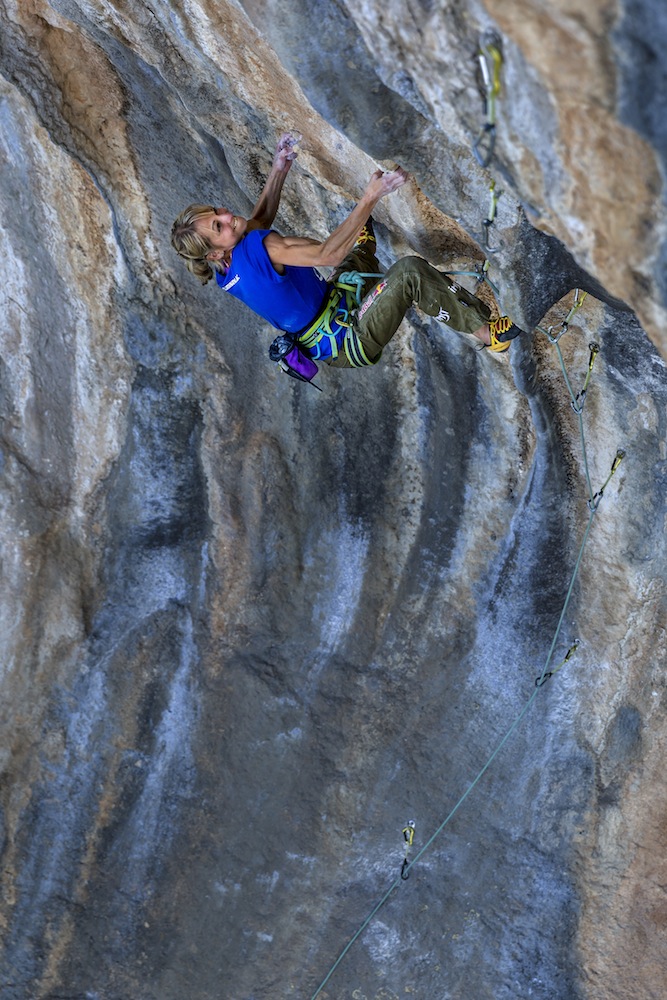 Her second route had “complex movements on tufas, pinches and crimps,” Eiter says, and “turned out to be a real power testpiece.

“On my first try I had problems doing all the single moves. It took more than one session to even make it to the top. It wasn’t ‘till the very last day that everything went right and I finally clipped the anchor—super happy but with totally pumped forearms.”

Eiter named the route Gloom of Triumph in “remembrance of all the big moments,” during her climbing career, she says. She suggests a grade of 8c+ (5.14c) and hopes repeaters will “soon share their impression.”

In regard to establishing new routes, Eiter says,“[It] is special to be the first one to lay hands on rock features that haven’t been touched before. Apart from my personal fulfillment I think it is special to be able to leave something for other climbers.

“It was definitely not [my] last trip there. [In] my opinion the sector of Babala hosts some of the best tufa lines I have ever climbed. I’m pretty sure Kyparissi will see many climbers in the future.”