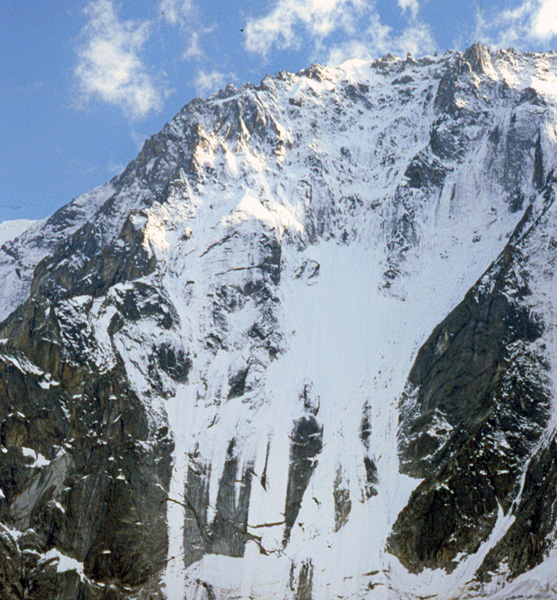 The Lagarde Couloir on the north face of Les Droites in Chamonix, France was a site of tragedy this weekend, as two climbers became stranded and eventually died while awaiting a rescue. The climbers have been identified as Lithuanian, and were stranded approximately 500-feet below the summit at the base of difficult mixed terrain. The weather is thought to be the cause for the climbers’ overall demise, as snow and winds whipped the face at 75 miles per hour, and temperatures reached -20 degrees, keeping all rescue attempts at bay.

Texting via mobile phone from the wall, the climbers alerted the Chamonix PGHM (Peloton de Gendarmerie de Haute Montagne) quickly, but the snowfall and prevailing winds kept the climbers unreachable. On Friday morning, a text message from one of the climbers alerted the PGHM in Chamonix that his partner had succumbed to the cold. The same climber reported on Saturday that he was doing well and had sheltered himself within a snow-cave. But on Sunday, as the skies cleared briefly, a PGHM helicopter passed the face close enough to see that the remaining climber had left the snow-shelter and had apparently fallen, and was hanging lifeless from the end of a rope. The authorities are waiting for the weather to clear before they retrieve the bodies from the couloir and investigate the accident.