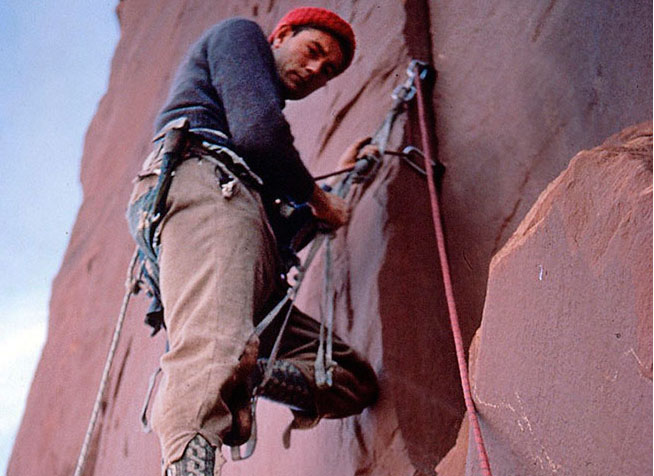 Two events are scheduled this month to recognize and celebrate the life and achievements of climbing legend Layton Kor, who passed away on April 21st of this year from kidney failure and prostate cancer. The first event will take place on June 21 and 22 at Neptune Mountaineering in Boulder.

The Friday and Saturday evening event is a historical examination of route development on the East Face of Longs Peak from 1959 to 1967, and includes a Kor memorial because of his extensive involvement during that period. Guests will include Ray Northcutt, Dave Rearick, Bonnie Kamps, Charles Roskosz, Huntley Ingalls, Pat Ament, Michael Covington, Wayne Goss, Larry Dalke, Roger Dalke, George Hurley, Robert Bradley, and Steve Komito who will discuss his and Kor’s ascent of Standing Rock. For more information or to purchase tickets please contact:

The second event will be held the following night (June 23rd) at the American Alpine Club in Golden. For more information regarding this second event, please contact:

Kor is best known for pioneering cutting-edge climbs in the 1950s, 60’s and 70’s. Many of his first ascents are still considered classics today and include routes like The Naked Edge (5.9 A3) in Eldorado Canyon, The Yellow Wall (5.8 A4) on The Diamond of Longs Peak, and Kor-Ingalls (5.9+) on Castleton Tower near Moab, Utah, to name only a few.