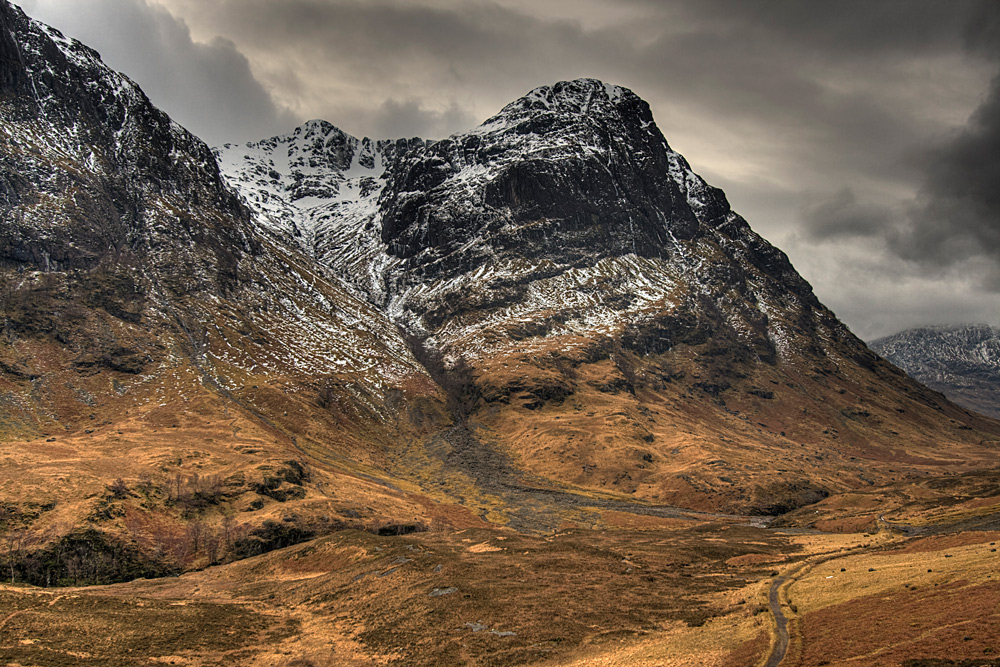 “Both men were really experienced – fit and fast and at the top of their game,” Mr. Grieve, a 52-year member of the Glencoe Mountain Rescue team, told
the BBC.

Davidson, from Kinlochleven, Scotland, was described by one friend for the BBC as “an absolute legend. He was an incredible guy with a real passion for the outdoors.” Another peer notes, “his tally of ascent of challenging climbs,
both summer and winter, is impressive and would be the envy of many of a veteran climber.”

Smith, from the Edinburgh area, was himself a member of the Glencoe Mountain Rescue team, which responded to this accident. Mr. Millington, a friend of Smith, had this to say to the BBC in Smith’s honor: “He furiously ticked off climbs
all over Scotland, making pretty much everything look horribly easy, usually with toes sticking out the end of his climbing shoes.”

Davidson and Smith were found still roped together on Saturday afternoon, having fallen an unknown distance to their deaths. According to Andy Nelson,
leader of the Glencoe Mountain Rescue team, as quoted by The Guardian, “The guys were roped together, so it is possible they were still on the climb but they have clearly fallen some distance.
My information is that they have been killed instantly by the fall.”

The climbers died near the site of an avalanche three years ago that claimed four lives, and the possibility of an avalanche in this case is still being investigated. The exact circumstances of the accident remain
unknown.