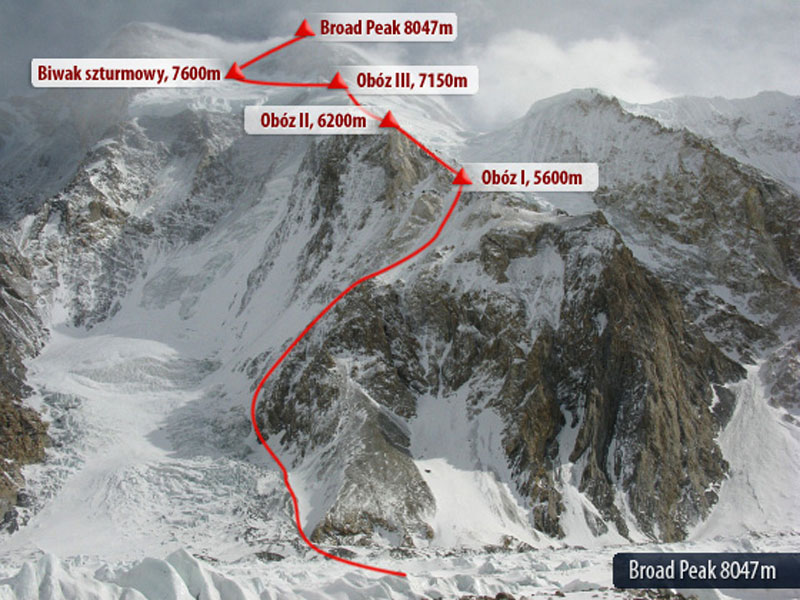 Two Polish climbers have gone missing on Broad Peak (8,047m) in Pakistan after making a first winter ascent of the mountain. On March 5, 2013, Maciej Berbeka, 59, and Tomasz Kowalski, 27, summited as part of a team of four along with Artur Malek and Adam Bielecki. While Bielecki and Malek were able to reach Camp 4 (7,400m) after summiting, Berbeka and Kowalski had to bivy not far below the summit at 7,900m. At present, there is no information on the pair’s whereabouts or well-being.

“In general the situation is very difficult. We can only pray for a miracle,” says Piotr Drozdz of the Polish climbing magazine Gory. “There has been no contact with the missing team since 3 o’clock in the night when Berbeka was talking with Wielicki on the radio. So the whole day has passed and no information. A Pakistani climber reached 7,700m today but he did not see any trace of them. As you know very well only one night spent outside at 8,000m in wintertime is the total extreme . . . For tomorrow the weather forecast is very bad. Before 10 a.m. everybody should be below 7,000m as the storm is coming.”

With severe weather on the way, the last of the climbers at Camp 4 have begun to descend the mountain for their own safety. “The last news is that the two who were waiting decided to go down too and they are around Camp 3 now. So there is almost no hope,” says Piotr Drozdz.

Berbeka’s past climbs include first winter ascents of Manaslu in 1984 and Cho Oyu in 1985. This was the first ascent of an 8,000-meter peak for Kowalski, though he completed the Muldrow Traverse of Denali at age 24. Krzysztof Wielicki of Poland is serving as leader of the Broad Peak expedition and has previously done first winter ascents of Everest (8,848m), Lhotse (8,516m), and Kangchenjunga (8,586m).

The team’s summit of Broad Peak marked the twelfth winter ascent of one of the world’s 14 8,000-meter peaks. Of those 12 winter ascents, nine were made by Polish teams. 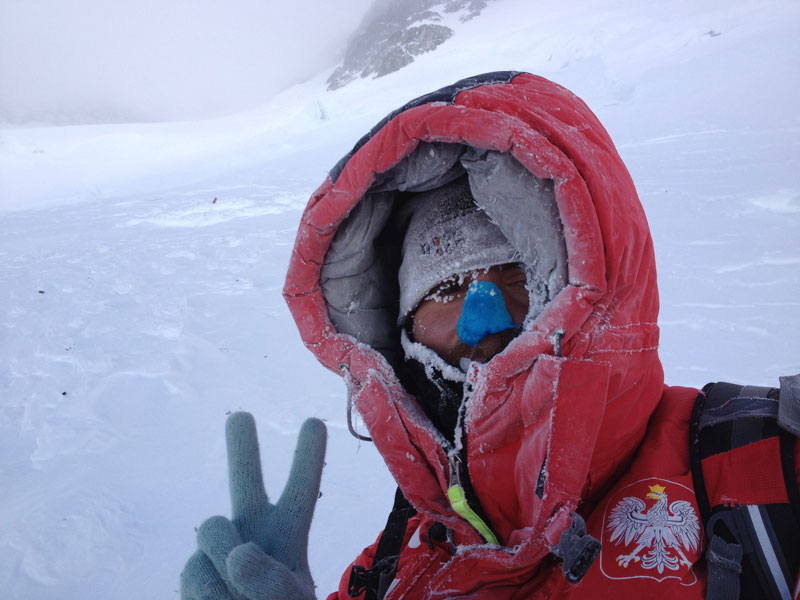 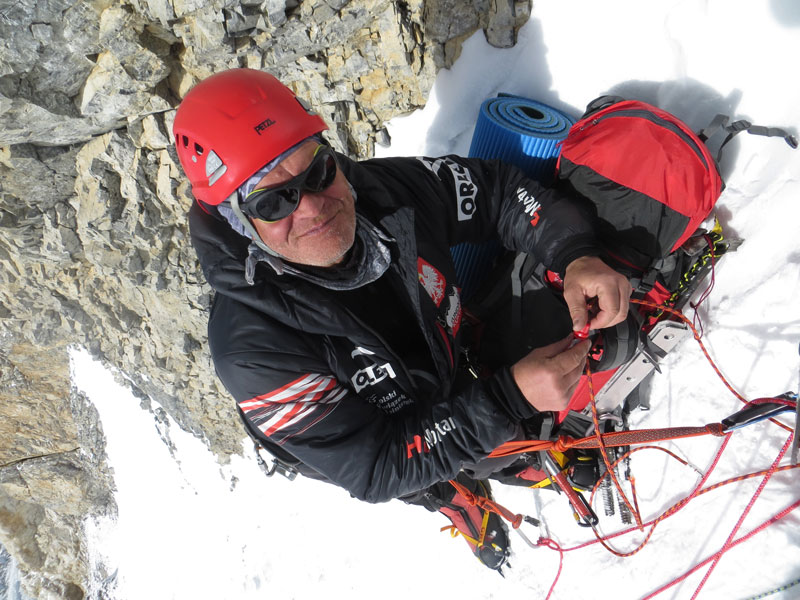