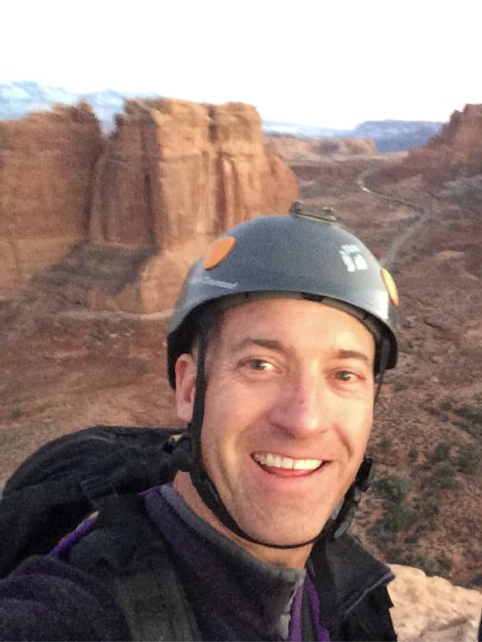 The second-to-last day of the year was a heartbreaking one in the Roaring Fork Valley, when Ryan Jennings of Carbondale, Colorado, was overdue from an ice climb and then found lifeless by a good friend.

Jennings, age 42, had left his home in Carbondale at about 4:30 a.m. December 30 to ice climb in a cirque near the multi-pitch routes of the Redstone Slabs, 17 miles up the Crystal River Valley. Set 1,000 feet above the valley floor, Jenning’s intended climb was about 400 feet of rolling ice and snow, capped with a freestanding vertical pillar 40 to 50 feet high. Jennings had done numerous first ascents in this area and this season the exit formed with two columns, a rarity.

Jennings was on the rarely formed second pillar and was rope-solo leading, self-belaying off a bolt and had placed at least one ice screw in the pillar. At some point on his climb, the column collapsed and took him with it to a ledge. In 1997 the same column broke off on the local climbers Mike Barnato and Mike Yellico just as Barnato was making the last tool placement. The column pulled Barnato off, 50 feet to a snow slope amid Volkswagen-sized ice blocks. Miraculously, both climbers walked away.

Jennings may have been near the top or topping out when the pillar collapsed, but since he was alone the exact circumstances of his accident can never be known. Climbing partners and the Pitkin County Mountain Rescue team recovered Jennings from high on the ice wall the morning of December 31.

One local, Derek Franz, posted, “We’ve lost a father, a friend and a hero. …There’s a big hole pulling at my heart, and the collective heart of this community, far beyond the climbing circles.”

Jennings balanced climbing, a professional career, and an abiding love of family. He was an impressive climber, who in May 2014, with his longtime partner Kevin Cooper of Estes Park, put up the route of a lifetime with the forbidding 4,000-foot Stairway to Heaven (Alaska 6 A1 M6 W14 A5+) on Mount Johnson in the Ruth Gorge, Alaska. The direct north face line had been a 20-year dream.

Jennings, 40 at the time, told Ryan Gannaway of Rock and Ice: “To never go attempt your grandest dreams, those you spent years training for, seems a travesty. So we determined we had to find a way. We had to go.” 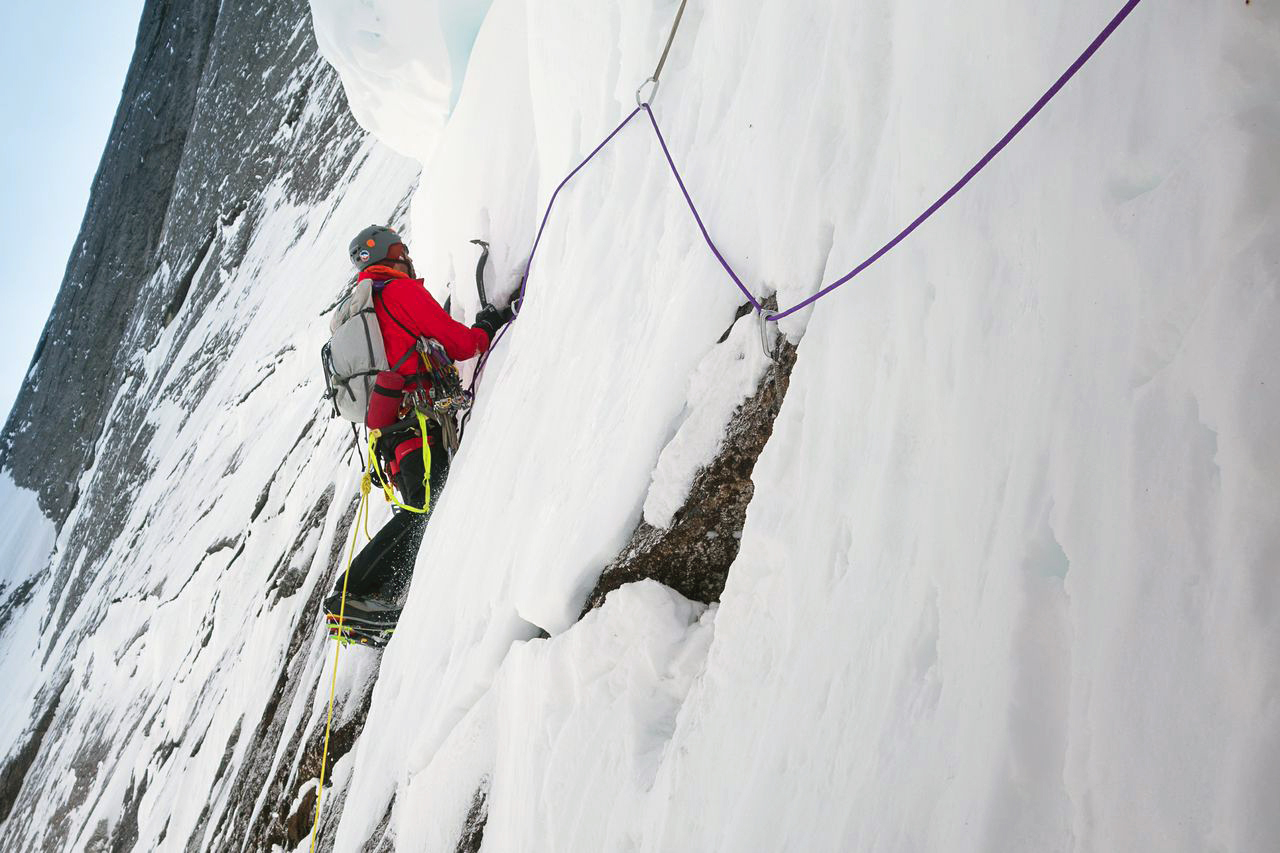 He and Cooper spent 81 hours on the climb.

They had attempted the massive and near protectionless face in 2003, then struggled with the decision of whether to return. “We are both getting on in age and both have children,” Jennings, a dedicated family man whose Facebook page shows him in smiling moments sledding and building a teepee with his young son and daughter, told Rock and Ice. “I personally have gotten to a point in climbing where I contemplate risk versus reward every time I head out.”

They returned, however, for the opportunity to use and combine their vast aggregate skills.“Kevin and I started setting our sights on our biggest lifelong goals in an attempt to focus our remaining energy and utilize all that we have learned over roughly 15 years climbing ice together,” he continued in the same article.

He had been supported in that climb by a prized Mugs Stump Award for alpine exploration, and indeed as of only this month, December 2015, was announced as recipient of another. He and Kevin Cooper were aiming for the West Face of Middle Triple Peak, the Kichatnas, Alaska. Jennings was quoted in the official press release as saying, “We prefer to pack as much fun and suffering as possible into each day in the hills.”

At Coldwell Banker Mason Morse, where Jennings was an award-winning realtor with a background in residential construction and a forward-thinking interest in use of visual technology, the company website refers to him as “an avid climber, kayaker, skier, biker, fisherman and all in all outdoor enthusiast [whose] love of the outdoors defined his personality from an early age.” Jennings had also started Ryan Jennings Photography, developing a collection of crystalline architectural, commercial, scenic and adventure imagery.

Two or three years ago Jennings was hit in the face by rockfall while climbing an ice route to the right of the Redstein cliff, also in the Crystal River Valley. He was seen around town sporting multiple facial stitches, especially on his nose, but recovered well and cheerfully. Local climbers like this writer, who had shared a rope with the affable, solid and straightforward Jennings only weeks ago at a winter crag in nearby New Castle, are pained and tremendously sorrowful at his loss and for his family.

His climbing was a cumulative process, studied and thoughtful. Asked in an interview on splitterchoss.com what drew him to ice climbing, Jennings extolled the medium’s changing nature. “No climb is ever the same and you’re never guaranteed it will be in shape,” he said. “It requires a dedication to learning the habits of ice to succeed. It’s liquid to solid, never the same … An ice climb does not wait and instead I find myself waiting for it. It takes patience, luck, skill, timing, speed, and so much more.” He prized a certain favorite route because, “It requires every skill you know and you’ll learn some new ones while you’re at it.”

Jennings leaves his wife, Robin Beck-Jennings, and two young children. Contributions may be made to the Beck-Jennings Family Fund here.

A memorial will take place in Carbondale on January 23.

Correction: A previous version of this article stated that Jennings was attempting a first ascent. The pillar had likely been climbed at least once.