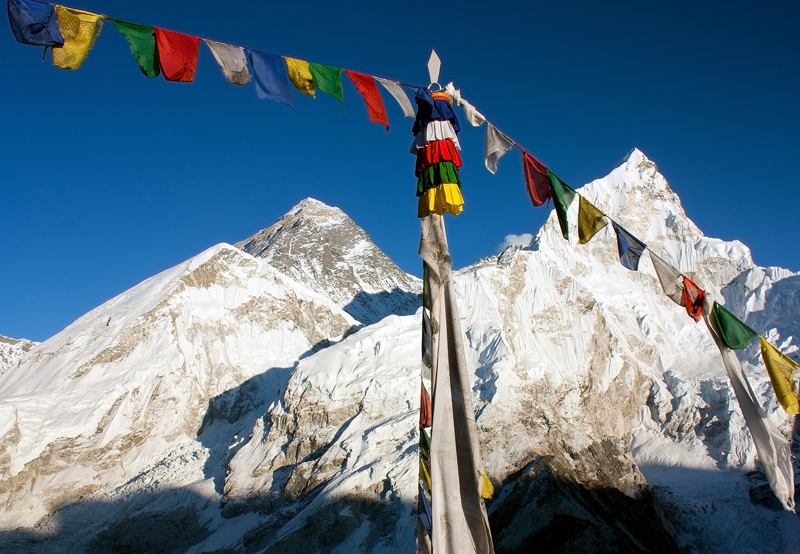 On April 27, Ueli Steck, Simone Moro and Jonathan Griffith were allegedly involved in a violent altercation at Camp 2 on Mount Everest. The Himalayan Times reports that Moro, Steck and Griffith were “thrashed” by workers associated with Expedition Operators’ Association, who were involved with the expedition through Cho-Oyu Treks–a Kathmandu-based operation. The dispute apparently arose over fixing ropes above Camp 2 on Everest. A press release on Simon Moro’s website explains that the Sherpas were working on fixing ropes above Camp 2 and asked that they not be disturbed. The climbers complied, according to the report, and climbed 164 feet away from the Sherpas. Eventually, however, Steck, Griffith and Moro had to cross the fixed lines above some of the Sherpas to reach their tent and this is where the argument between the climbers and Sherpas is said to have begun.

According to the translated report, the leader of the Sherpas became angry with the climbers, and accused them of knocking ice onto the Sherpas. The report maintains that Steck tried to appease the leader by offering to help the Sherpas fix ropes, but the leader declined and instead ordered the 17 workers to descend to Camp 2. The report then states that after Steck, Griffith and Moro descended to Camp 2, “about 100 gathered Sherpa attacked them.” Stones were allegedly thrown at the climbers. Other Westerners at Camp 2 were able to break up the altercation, but death threats by the Sherpas were also made, according to the press release. The alpinists eventually escaped to the relative safety of base camp.

According to the Himalayan Times, Moro and Griffith sustained minor injuries during the altercation, but Steck has reportedly suffered a large cut on his face. The three climbers are allegedly back in base camp and are hoping to resolve the issue. Nimanuru Sherpa, managing director of the Cho-Oyu Treks, is quoted in the Himalayan Times, stating: “This incident has saddened me as it will tarnish Nepal’s image in the world.”

The Swiss speed-climber Ueli Steck had teamed up with Italian alpinist Simone Moro, and British photographer/filmaker and climber Jonathan Griffith for an oxygen-less ascent of Everest via a new route. The government of Nepal now has an investigation underway regarding the altercation involving the members of the NO2 Limits Expedition 2013.