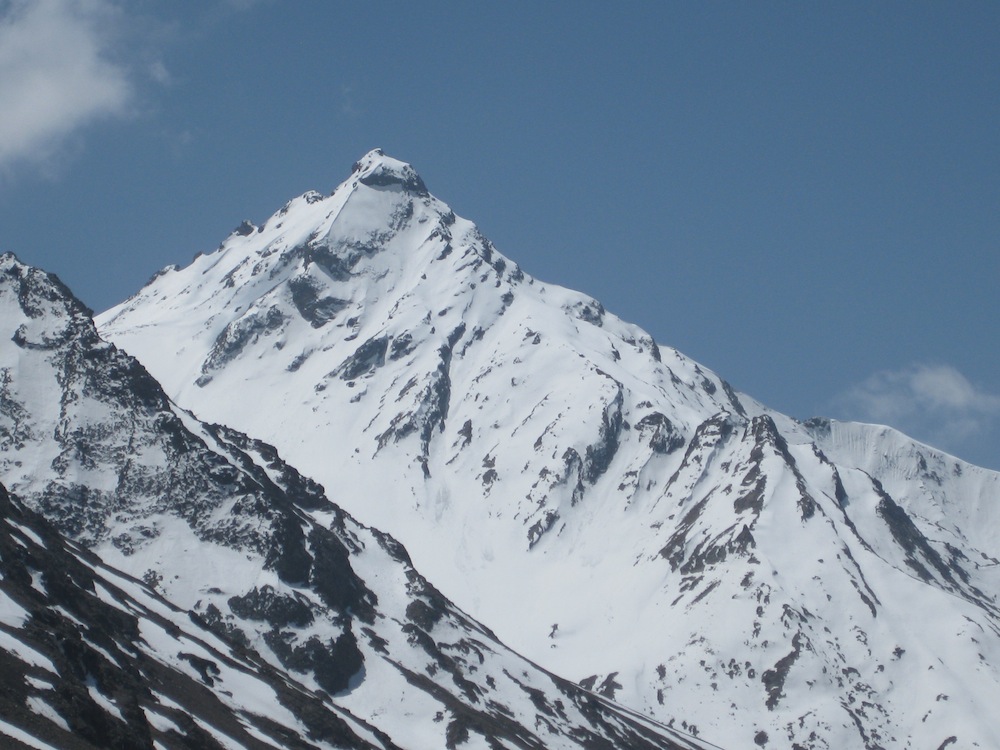 At 2:30 a.m. on June 7, Steve Kennedy and Paul Swienton set out from their advanced camp at 4,700 meters. They left their tent, pitched in the snow at the lower reaches of an enclosed cirque, and front-pointed up névé to a col just below the summit snow cone. Technical mixed climbing took them to the final 130 meters, 60- to 75-degree snow slopes and an exposed rocky corner and snow arête.

Four and a half hours since leaving advanced camp that morning they stood on the summit—staring out at the Darcha Valley below—the first humans to have climbed the 5,300-meter Himalayan peak.

With a stroke of luck, Kennedy and Swienton survived a near disaster the day before. “[While] gathering water from a small waterfall adjacent to the camp,” Swienton told Rock and Ice, “a significant, slow-moving avalanche came down the cirque towards the camp.

“Fortunately, at the last moment the avalanche changed direction and narrowly missed [us].”

Swienton and Kennedy named the peak Sgurr Kuddu; Sgurr meaning “sharp-pointed peak” in Gaelic, and Kuddu after the name of the region overlooked by the peak. They gave the route an alpine grade of AD. 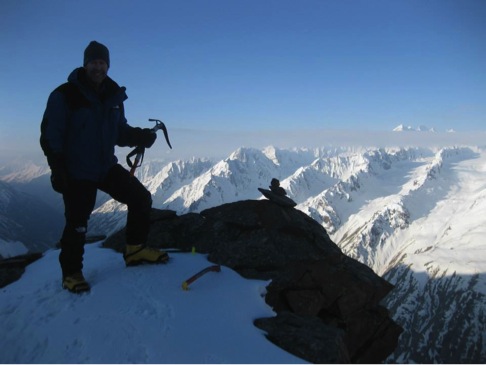 They teamed up to venture into a previously unexplored side valley off a larger valley branching from the Darcha-Mayar in Himachal Pradesh, India, with an objective to climb Peak 6010m—thought to be unclimbed—Peak 5970m, and to scope the valley for other possibilities.

Along with summiting Sgurr Kuddu, the expedition team established a new route up Peak 6010m and came within 250 meters of the summit of Peak 5970m before retreating. 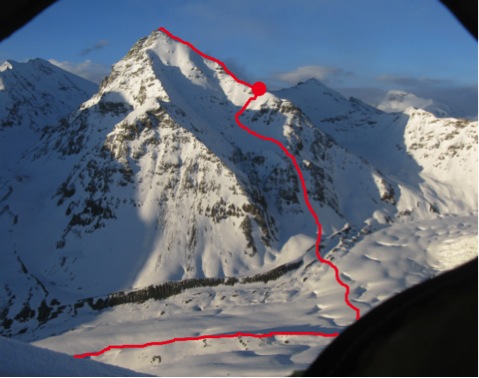 On May 30, McConachie, Nisbet and Singh approached Peak 6010m along a rocky ridge followed by an easy glacier traverse. They climbed a couloir on the southwest face and made camp on the south ridge at 5,730 meters.

“The weather deteriorated and a windy and snowy night followed,” Swienton reports for the team.

The weather had improved by morning and McConachie climbed the south ridge through several short rocky steps and fresh snow to the summit, where he found bamboo wands.

“We thought the peak had not previously been climbed,” says Swienton, but “it appears to have been climbed unofficially (as far as we can tell) from the Shingo La side.”

McConachie gave the new route an alpine grade of PD+. 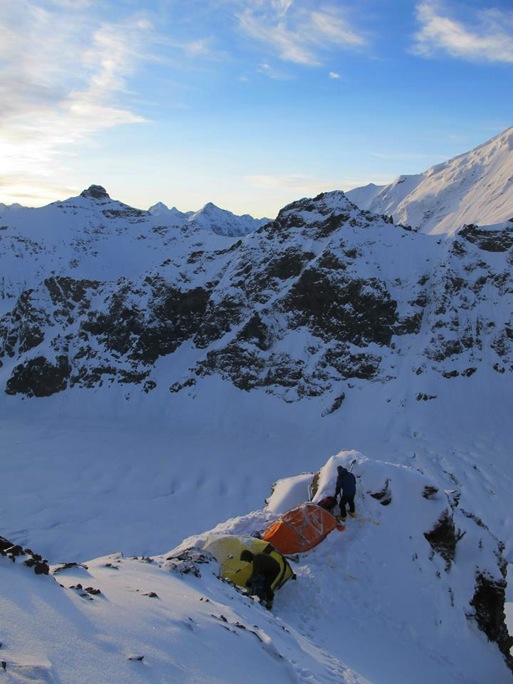 On May 31, Kennedy, Swienton, Rob Adams and Tom Adams attempted to climb the east ridge of Peak 5970m. They spent the night on a rock outcrop at around 5,550 meter (see photo) and made for the summit the next day, but were turned around by dangerous snow conditions only 250 meters from the top.

After returning to base camp for two nights, the team made a second attempt, but poor weather prevented them from climbing above Advance Base Camp.