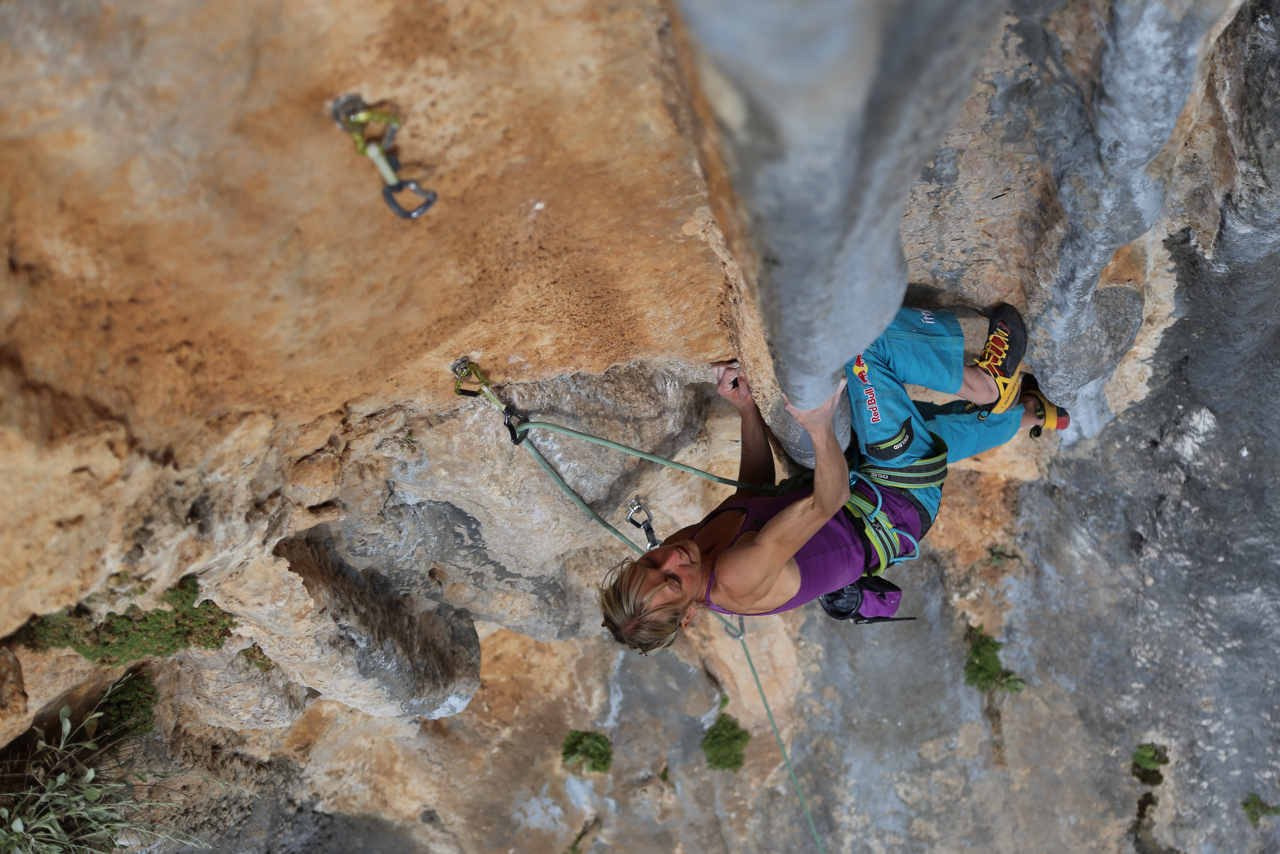 But instead of chasing hard lines this spring, Eiter had a different plan. Eiter, along with her partner Bernie Ruech, pulled out the drill, brushes and bolts and got to work on a new crag in Greece.

“While Bernie had already bolted some routes in the past,” says Eiter, “I was excited to place some bolts for the first time.”

In no time at all, the duo had established 14 routes (three with two pitches) on a steep limestone wall they dubbed Nifada. Eiter and Ruech split the routes, coming away with seven first ascents each.

“The whole trip was something special,” says Eiter. In particular, finding an approach to the crag for the first time.

“In winter we hiked up through snow and ice and in spring we had to walk carefully to avoid stepping on snakes hidden in the thicket. I got close to treading on one, but recognized it just in time.”

Eiter and Ruech sought out the most inspiring lines that they thought seemed possible.

“The bolting of Donkey Kong [8a+/5.13c] will always stay in our memory,” Eiter says. “Bernie totally ran out of energy after he had bolted the 20-meter long roof.

“It was an honor to get the first ascent of this amazing line, which Bernie had dedicated to me.”

When it came to naming the routes, Eiter took the task to heart. “It was a privilege to give each route a special name,” she says, “for instance, the route In memo Martin [7a+/b 5.12a/b] and the extension of it CAC [8a+/5.13c] should remind us of our friends who have battled and those who are still battling cancer.

“Furthermore, the route Baum des Lebens [8c/5.14b] gets its name from the thick tufa at the beginning and the thin tufas through the top, which make it look like a tree trunk with branches.”

At 8c/5.14b, Baum des Lebens is “currently” the hardest line at the crag, according to Eiter, suggesting that there is room for more.

THE BETA – from Angie Eiter and Bernie Ruech 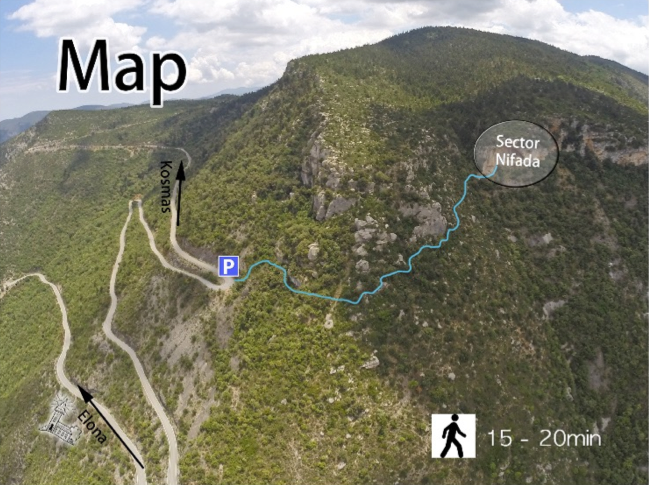 Spring and autumn. Since the crag is around 2,600 feet (800 m) above sea level, you can find good conditions in summer as well. Winter is very cold and most of the routes are wet.

Drive from Elona to Kosmas, park at the third loop. Follow the red trail blazes to the crag, takes 20 minutes.

We recommend that you are an experienced rock climber. Some rock might be loose, so take care! Don’t go to the crag with babies or children. 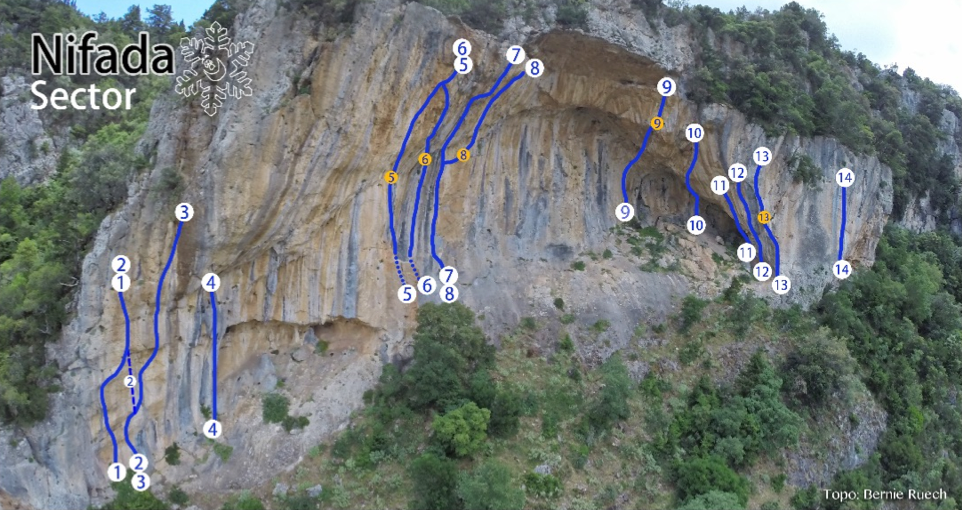