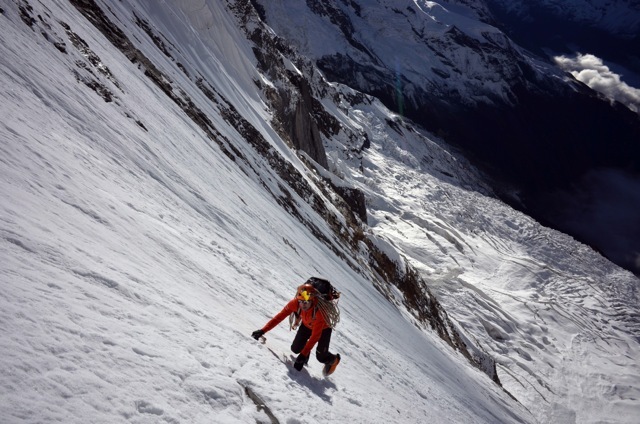 Swiss climber Ueli Steck, one of the world’s top alpinists, has confirmed that he has soloed the South Face of Annapurna in a 28 hour round-trip.

Steck followed the line of the Lafaille route. This was attempted back in 1992 by Jean-Christophe Lafaille and Pierre Beghin and was the scene of the well known tragedy and following epic when Beghin was killed at over 7000 meters and Lafaille was forced to reverse from their high point solo.

Steck, no stranger to hard and fast alpine climbing, is perhaps best known for soloing the great north faces of the alps in astonishingly fast times. These feats of modern “fast and light” mountaineering, including his 2008 solo of the Eiger North Face in just 2 hours and 47 minutes, earned him the moniker “The Swiss Machine”. But it is worth remembering that Ueli has also operated with amazing speed at high altitude, soloing Shishapangma in just 10.5 hours back in 2011.

Of course his more recent Himalayan escapade was on Everest, where he, alongside Jon Griffith and Simone Moro, made the main-stream press by being involved in a fight high on the mountain. Now, following Ueli’s first trip back to the Himalaya after the Everest expedition, Jon Griffith has spoken directly to Ueli and has given UKC the report below, explaining this ground-breaking ascent of Annapurna, and also in part the effect that the Everest debacle had on Ueli’s motivation. 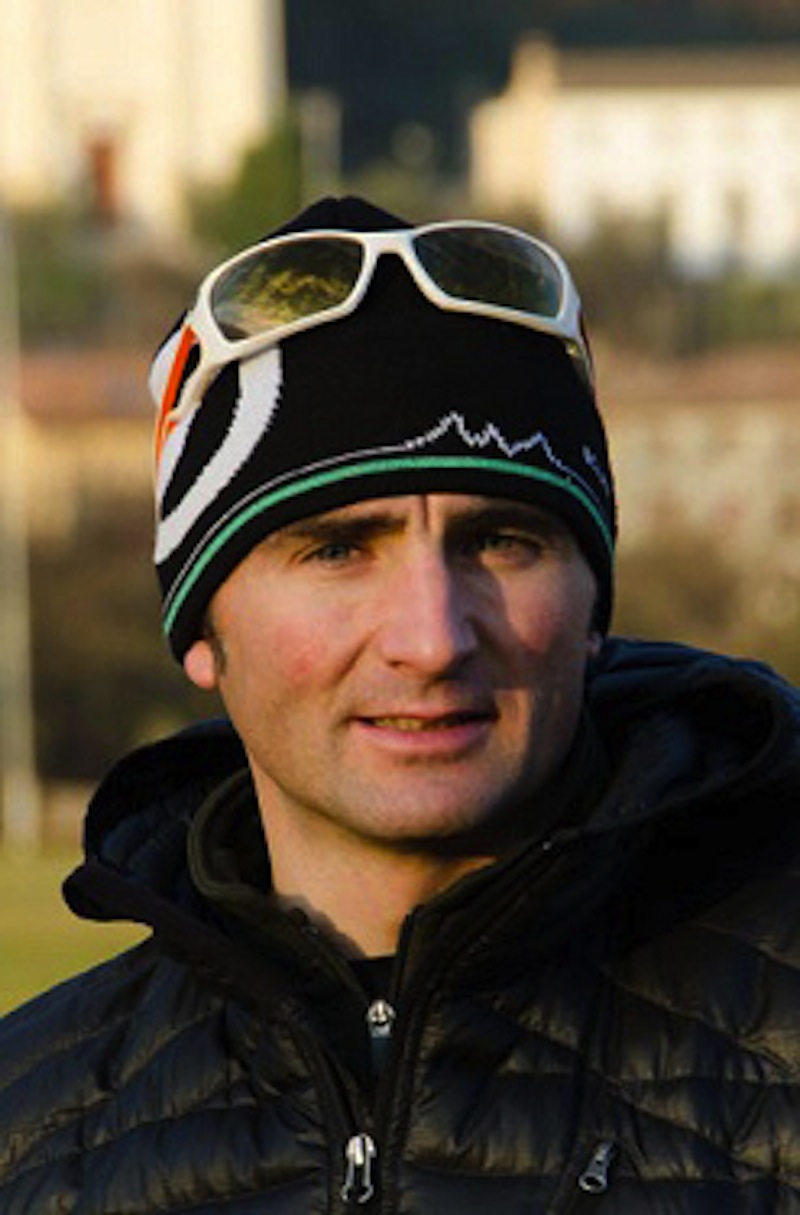 I just got off the phone with Ueli. In short he soloed the South Face of Annapurna in a 28 hours round trip. He completed the Lafaille line up through the headwall and on to the summit. It’s an ascent that pretty much baffles the mind. But it’s an ascent he puts down to being ‘lucky’, “sometimes you’ve just got to get lucky in the mountains”.

Conditions were one in a hundred years he said, allowing for ice and neve on the headwall. It’s also a combination of traditional Steck skill and fitness combined with the disaster of Everest. Everest created a brewing monster within, and like all athletes cheated of their goals he trained and trained and focused for Annapurna.

Before leaving for Annapurna, Steck and I talked a lot about his coming trip, and the summer post-Everest, and I instantly knew that he was going to solo it [Annapurna]. This time he was stronger than on Everest and he had a drive that could only have come from the denial on Everest. Essentially he was stronger and more driven than I’ve ever seen him – it half scared me that he might explode on the mountain and make the wrong judgement call. But then I’ve always thought that Ueli’s biggest strength is that he knows his limits. We may see Annapurna as something incomprehensibly committing and dangerous but I know that he’s a meticulous and calculating man and one that is always aware of what he can and can’t do – not one to push himself past a limit into the unknown in such a dangerous place.

On the first day he climbed up to 7000m and pitched a tent in a crevasse due to intense spindrift caused by the winds above, after an hour or so of brewing up the sun set and the winds died and he knew this was his moment. He headed up the headwall on the Lafaille route which was ok to navigate in the dark; instead of following hard mixed pitches he was just following obvious ice runnels due to these amazing conditions. Topping out at 8091m he down climbed back down the same way putting in just a few raps on the headwall itself.

I didn’t ask what grade. I think on a climb like that it misses the whole point to demote it down to a question of grade. I know that he’ll just brush off the question. In any case we all know that hard soloing is nothing new to him. The difficulty with this sort of ascent he says is being ‘on it’ for 28 hours. There were moments where the ice was thin, or there was just a few cm of snow covering black ice and the difficulty is not a number like M5, it’s just staying focused 100% of the time so as not to slip. I guess that’s the difference between soloing this stuff and doing it as a roped team. The difficulties, which we associate with the hardest part, are not necessarily the technical parts but the ability to stay focussed even after 20 hours on the go when down climbing black ice. 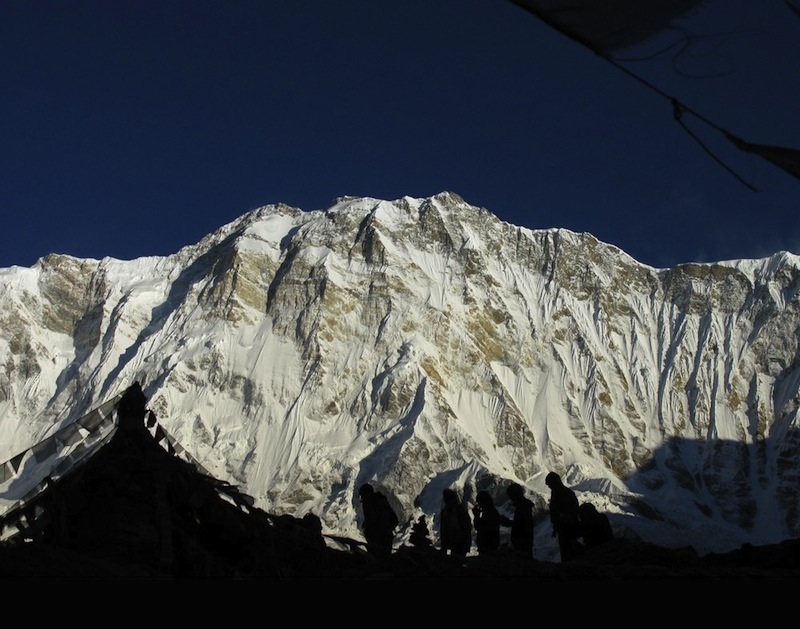 In the end though what is maybe most interesting is that Ueli has managed to do something that many have been trying for years; bringing European speed, style and technique to the Himalayas. You can argue that this has been done before, and not just by Ueli, but I’m not sure that anyone has taken this level of purity to the kind of terrain that Ueli has just done.

We were all amazed with his North Face speed solos a few years ago, but this is terrain that he knows, has good weather forecasts, has good snow and ice conditions, and that doesn’t have the altitude factor. Taking the same light and fast style into terrain that entails the exact opposite end of the spectrum is very hard. Snow conditions can be horrific in the Himalayas, the weather very fickle, the altitude debilitating – it makes the decision to go light and fast incredibly committing.

But this is Ueli’s dream. “I think I finally found my high altitude limit, if I climb anything harder than that I think I will kill myself. To climb something technical in a cool style like that is what I wanted to do”. Back in Pochra he sounds like a man finally at peace after wrestling with his conscience for the last few months. He laughs as he tells me “I dont think it has sunk in yet, I am just starting to feel super tired, but I just watched Terminator, it is time to have fun now”. 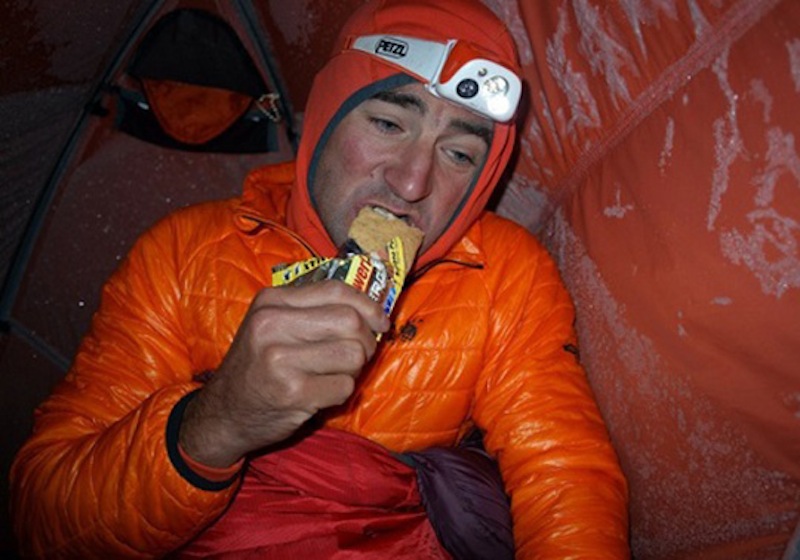