Angela “Angy” Eiter has had a strong autumn, sending Zauberfee (5.14c) in Arco, Italy, and Hades (5.14d) in Grotterwandl, Austria, within four days in September.

“To have sent the Zauberfee means a lot to me,” she said, according to 8a.nu. “The joy I felt at the top you can compare with receiving a world champion title.” And Eiter would know: She is a four-time Lead World Champion. 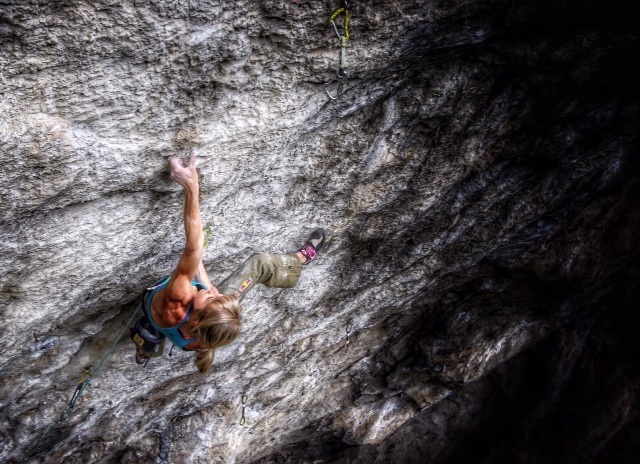 “I could only express my feelings by screaming as loud as possible,” Eiter wrote to Rock and Ice. “I am still not able to express [how I felt] in words.”

The two strong climbs were over a month ago, but Eiter hasn’t slowed down. Last week Eiter finished Hercules (5.14c), also in Grotterwandl.

“I’m so happy about my first ascent of Hercules!” Eiter posted on Facebook. “Huge relief after a 20-meter pump festival!”

Hercules is a combination of three already existing routes: Nofredete, and the crux moves of both Neptune (5.13d/14a) and Ulysses (she estimates 5.13d). Eiter had climbed the three routes before and linked the difficult transitions together on her third day of attempts.

“Originally, the idea came from my boyfriend, Bernie,” Eiter said about the inspiration for combining the three routes into one. “I like crimpy holds and power endurance climbing. So I took the challenge.” 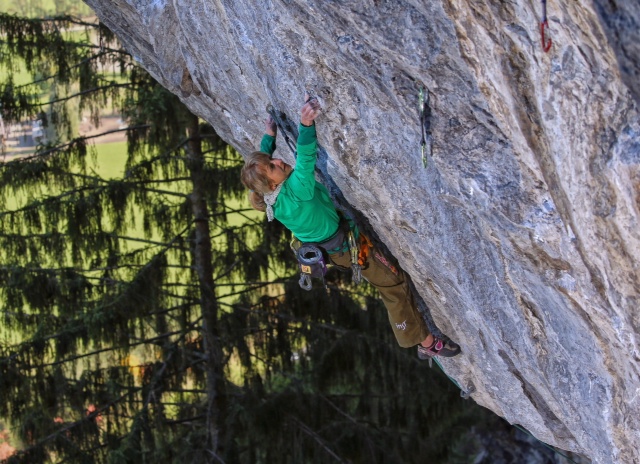 Her climbs of Hercules, Hades and Zauberfee follow a progression of difficult climbs in both bouldering and lead. In June she made the second female ascent of the 57-move Reini’s Vibes (5.14b/c) near Arco. During her August bouldering trip to Rocklands she bagged 10 V10s, flashed In the Middle of the Ass (V11) and nabbed her hardest problem to date, Fragile Steps (V13).

In November Eiter will travel to Leonidio, Greece, for two weeks.

“I aim to climb in different places as a way to see a variety of routes and rock,” Eiter wrote to Rock and Ice.

Will she ever return to competition climbing?

“Yes, as an active spectator!” 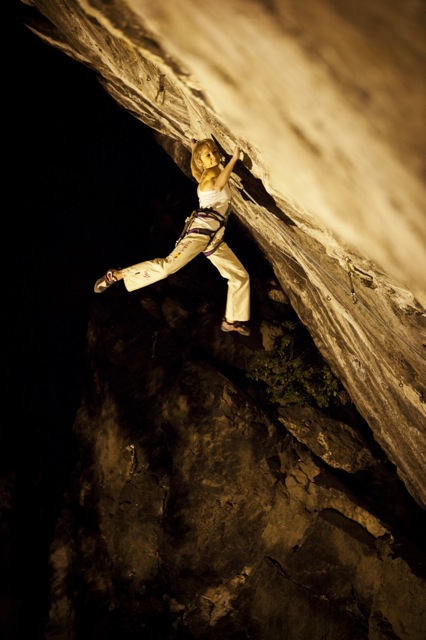