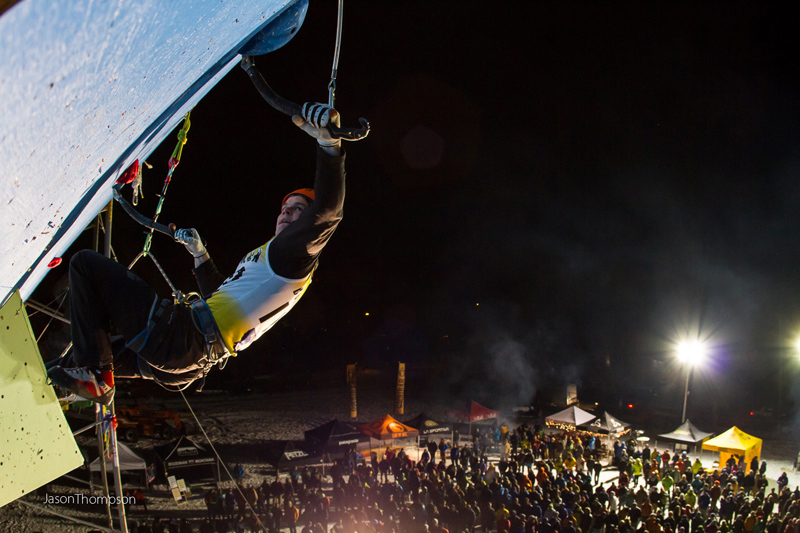 Photo by Jason ThompsonAfter defending champion Will Gadd floated the route at the U.I.A.A. North American Championships, held in Bozeman, Montana, on December 14, it seemed the night was over.

Then 20-year-old Slovenian Janez SvoljAak strolled it with two minutes to spare. His mom was watching.

Bozeman went wild, the nighttime crowd of more than 400 filling the lawn at the Emerson Cultural Center downtown. SvoljAak, who has been ice climbing for three years, said the level of competition was much higher than what he’d seen in European comps that year.

With this event—which took place day three of the 17th annual Bozeman Ice Climbing Festival—Bozeman cemented itself in the international ice climbing consciousness.

In addition to Slovenia, the comp this year drew 35 competitors from around North America, Europe and Korea, welcoming them with an American Indian drum circle and banner ice conditions in Hyalite Canyon. 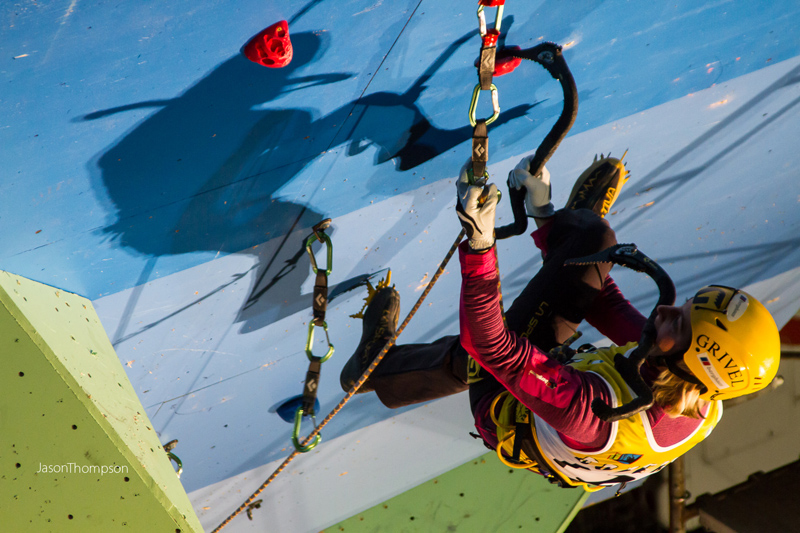 Photo by Jason ThompsonThis was the second year the festival played host to the drytooling competition at the Emerson, 15 miles from Hyalite Canyon where the festival’s four days of clinics take place. The only U.I.A.A. sanctioned event in North America this year, the competition helps strengthen the bid for the Olympics the organization plans to submit in 2014, said festival director Joe Josephson.

Course setter Pavel Dobrinskiy came from Russia for the comp and is one of the best in the world, said competition director Conrad Anker.

“Pavel [brought] a higher grade of competitors, and outside motivation and ideas,” Anker said. “The whole ice fest is about exchanging ideas with fellow climbers.”

The U.I.A.A. also lacks a World Cup venue in North America, something Bozeman would like to take on, Anker said—but needs funding to the tune of $100,000. Ultimately, he’d like to see two North American World Cup stops—one in the U.S. and one in Canada.

“[This year is] a good test for us,” Anker said. “It shows we can put on a comp, that the market’s there, and there’s great support … I think we should get after it.”