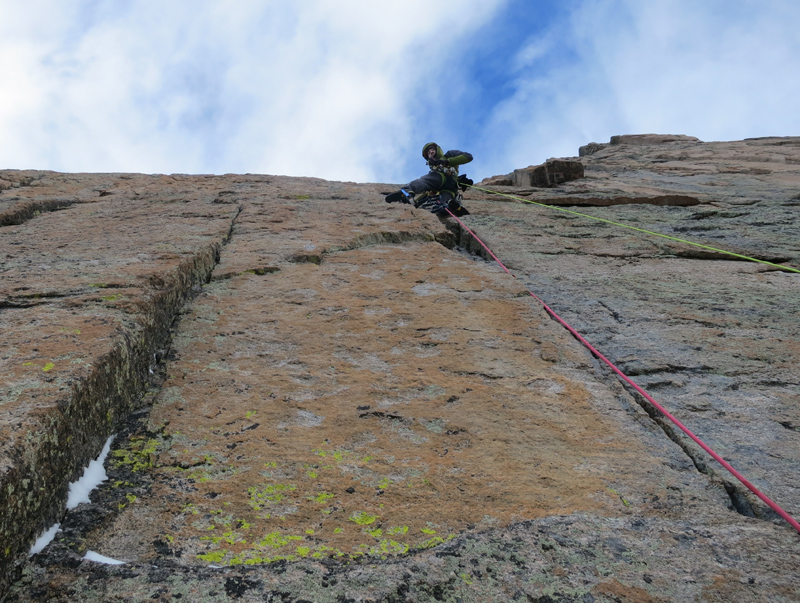 While the rest of us were watching the Super Bowl, someone polished off the Diamond in winter in half a day. On Sunday, February 6, Scott Bennett and Joe Mills posted a record time of 12:31 car to car on D7, the Diamond Face of Long’s Peak, Colorado.

The first known single-day ascent in winter came in January of 1996, when Topher Donahue and Craig Luebben clocked 20:40 on D7 (V, 5.11c or A2), a breakthrough. That March, in an incredible effort, Kennan Harvey soloed the route in 17 hours. In March a year later, Jonny Copp and Josh Wharton squeezed out winter and blazed it in 14:17, and inspiring the latest effort.

He also calls the Diamond one of his favorite playgrounds: “I’ve been up it dozens of times in summer, [but] never thought about it as a winter objective until this winter. My friend Colin Simon got me psyched on going up there two weeks ago, and we enjoyed awesome conditions.” The snow on the hike in and in the technical North Chimney approach pitches was consolidated, the wall was clear of snow, and temperatures in the 20s permitted some free climbing. “To my surprise, it was actually a type-one-fun day.” The two climbed the route to Table Ledge before descending. 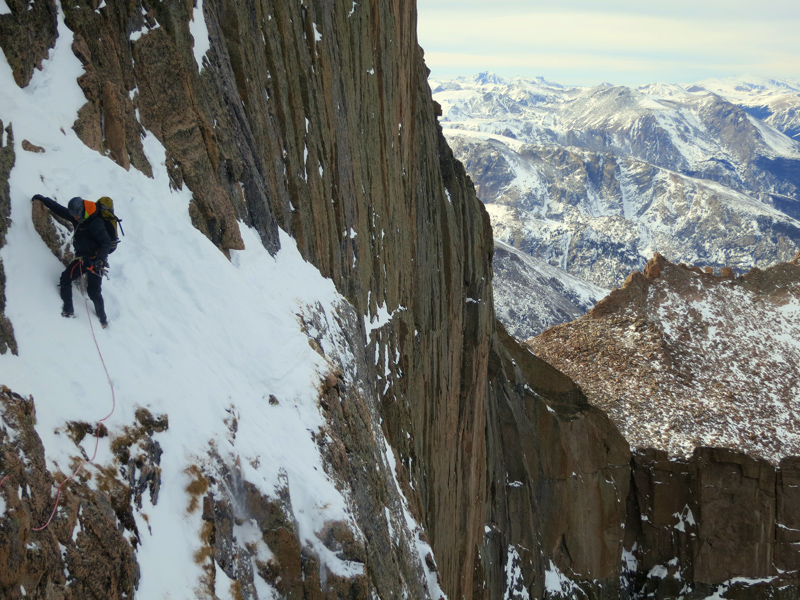 It’s not always easy to find partners for “weird winter missions,” Bennett notes, but his friend Joe Mills, 28, was more than psyched, having been e-mailing back and forth with Wharton.

Mills calls the day out: “actually fun, much more so than I was planning.”

“Everything went really well, except that I forgot my headlamp, which gave me some extra motivation to get it done fast, before dark. …[I] got the screamin’ barfies numerous times, but I was still enjoying the experience. It’s really beautiful up there in the winter.”

The major obstacle for the two was a foot of new snow. It slowed their approach, especially past Chasm Lake, and produced powder conditions in the North Chimney.

“We were just totally swimming in sections and it was exhausting and slow,” says Mills.

It also filled every fingerlock and crimp on the wall, combining with cold temperatures to mandate much aid climbing.

Still they stumbled down dehydrated to log a record, and even reached a friend’s house for the last minutes of the game. 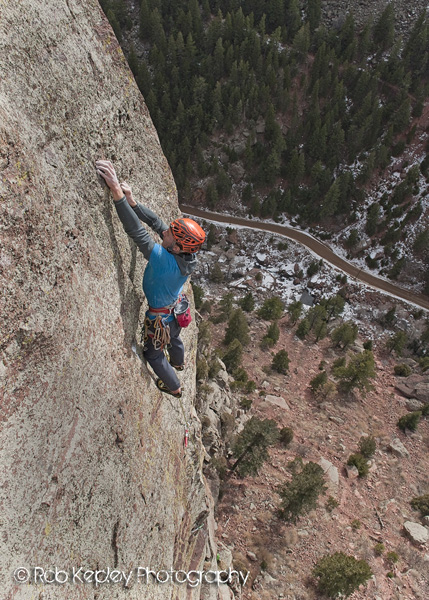 Bennett has been having quite a stretch lately. On Tuesday he made a rare lead of the 1987 Derek Hersey mind-control route To RP or Not to Be (5.12aX).

In July of 1991, Kevin Cooney and Neal Beidleman rode their bikes from Boulder to the Long’s parking lot, ran into the base, climbed the Casual Route (IV 5.10) ran out, and biked home in time for happy hour. Their round trip was 10:45, with 2:45 spent climbing. (They had climbing gear cached.)

In the summer of 2003 Topher Donahue and Tommy Caldwell climbed five routes on the Diamond in a day – 32 pitches.

As usual, stay tuned. Josh Wharton in particular had encouraged Mills and Bennett to try for a record. Perhaps he just needed an excuse to try again himself?