Daniel Woods and Paul Robinson had a stellar day while climbing at Colorado’s Guanella Pass on Sunday. Both climbers got things started by flashing the V12 Double Dutchez. Then Woods and Robinson moved over to The Ice Knife (V15), which was established by Dave Graham in 2011. Graham had previously described The Ice Knife as “a very technical compression line and extra conditiony.” Woods explained that Sunday’s conditions were perfect writing, “snow mixed with blue sky and rolling clouds made it a majestic day.” Both Woods and Robinson managed the second and third ascents of The Ice Knife respectively, with Woods writing on 8a.nu: “Everything must click perfectly. It was fun to work it with Paul and have a double send day.” Woods also mentioned via Facebook that he figured out the moves to the sit-start for The Ice Knife, which would make the problem considerably more difficult. 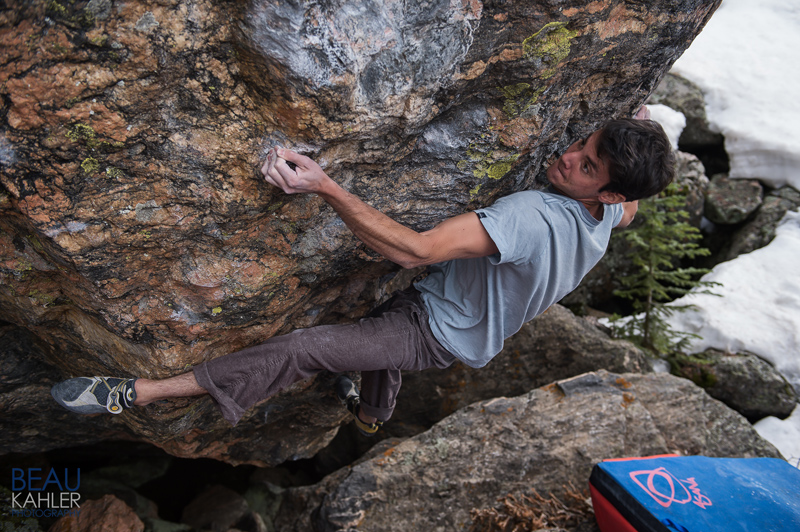