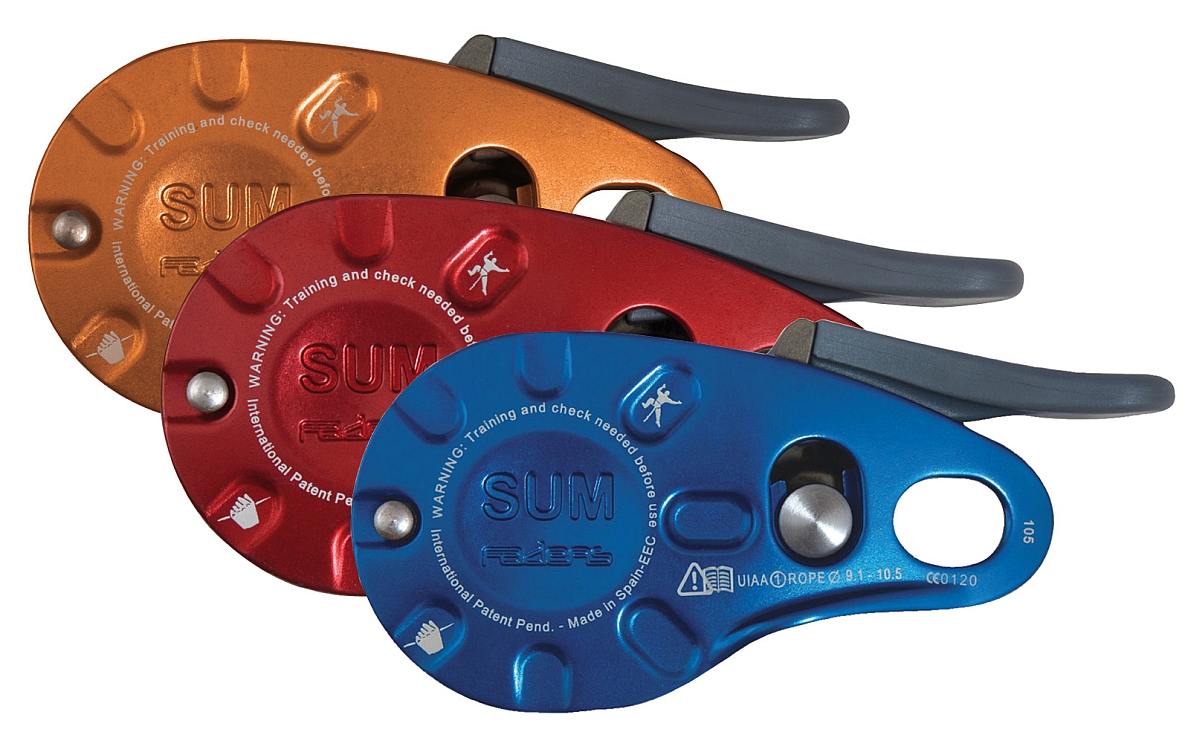 Enter the SUM by the Spanish manufacturer Faders. As with other devices, you load a line into a channel (hand and climber icons indicate the appropriate sides), slam the rig shut and clip it to your belay loop with a locking biner. The SUM’s selling point is its unique ability to handle smaller-diameter ropes—9.1 to 10.5mm, although the newer Grigri 2 challenges the SUM for skinny rope belaying. Every year rope makers whittle down their cords and climbers put the slimmest ones to use on long, technical linkups like Dani Andrada’s 170-foot La Novena Enmienda (5.15a/b). Even if you’re not climbing 5.15, the advantages of tying into a thinner, lighter rope are obvious.

I put the SUM through the paces while bolting a three-pitch climb. First, I fixed a 10.5mm static at the top of the cliff and used the SUM to rappel and install toprope anchors. The rope fed through the SUM without jerking and locked off admirably as I swung around to scope holds. The SUM worked about as well as the Grigri for single-rope rappelling. Finally, I switched to redpoint mode and my partner used the SUM to belay as I tried to send the project. As I got spanked, I was thankful that the SUM worked so well.

When I belayed, I noticed that dealing slack was a little tough with our 10.5mm line, the thickest diameter recommended for the SUM. When I switched to a thinner cord, however, the action was much smoother.

In conclusion, the SUM is pretty much a Grigri clone — it handles any single-line technique just as well as its papa device. If you prefer thick ropes, I’d stick with the Grigri. On the other hand, if you’re one of the new breed of sport climbers working long, difficult routes, where the weight of your redpoint cord really matters, the SUM, which should hit U.S. retail shelves this fall, is your tool.

The SUM ranks lower than the Grigri 2 simply because it isn’t as smooth to operate, although with practice it does work nearly as well.