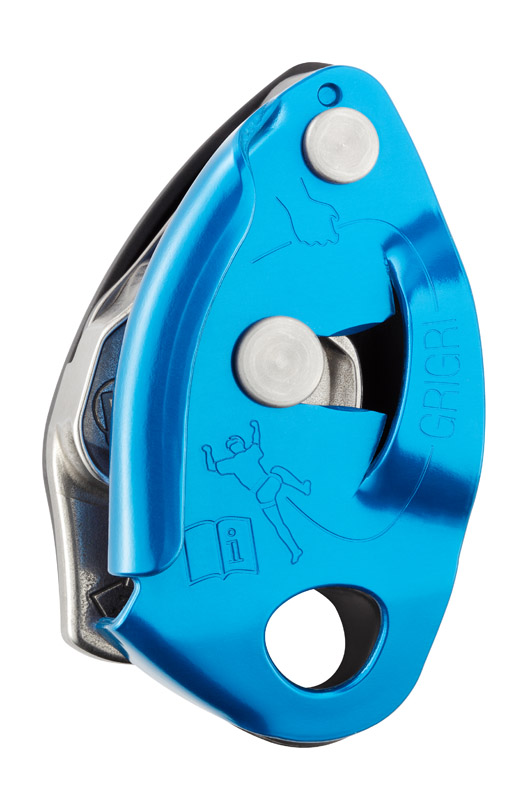 In the 20 years since the Petzl Grigri was invented, no other single-rope “brake-assisted” belay device has been able to compete with it in ergonomics, reliability and performance. Until now.

The Petzl Grigri 2 is a vast improvement over what was already a solid piece of gear. This iteration is smaller and lighter, works better with modern thin ropes, belays better than before and gives you better control while lowering.

I test a lot of gear, but I’ve never seen anything create such a stir among climbers at the crags and gym. On one occasion, the Grigri 2 was actually stolen out of my pack (you know who you are, you Dutch bastards). After eight months of thorough testing, I can give you the straight dope.

Petzl recommends using the Grigri 2 with ropes 8.9 to 11 mm; virtually any single rope on today’s market. This marks the most significant improvement over the old Grigri, which officially was only supposed to work with 10- to 11-mm ropes. Ropes have slimmed in the last two decades, and since the days of Clinton and grunge rock, no self-respecting sport climber that I know has climbed on a line thicker than 9.8 mm, yet all have continued to use the Grigri. I confess that I’ve used ropes as thin as 9.1 mm on the old Grigri—and while the device locked up fine during falls, lowering could be hard at best, sketchy at worst.

I put the Grigri 2 through the ultimate test: using a brand-new silky, slippery 8.9-mm single rope. I was surprised by how well the Grigri 2 worked with this rather disconcertingly thin strand. It caught falls with no problem, and even my partner, whom I outweigh by 50 pounds, was able to lower me on the 8.9 in complete control. In comparison, I threaded my old Grigri with the 8.9-mm rope and I could not get it to lock down at all. So, it’s confirmed: the Grigri 2 actually does work better with thin ropes.

That said, the 8.9 mm was almost but not quite too thin to use with the Grigri 2. It works, but I felt as if I needed to employ as much caution with this slippery cord as I did when I belayed with the old Grigri and used new, thin ropes. I recommend using a Petzl Freino—the belay carabiner that allows you to redirect the brake end of the rope and lower with more control.

At the opposite end of the spectrum, I tested the Grigri 2 with an older 10.2-mm fatty, and it fed through the device without a hitch. Wow! This is an impressive range for an assisted-braking device, by any standard.

At 5.9 ounces, the Grigri 2 is 20 percent lighter and 25 percent smaller than its predecessor. Part of the weight reduction comes from the smaller size, but Petzl also slimmed down the lever fulcrum. This change is where the two devices perform most differently. The old Grigri’s lever protruded up/out when the cam was engaged; it stuck out so far that it provided you with the leverage to release the engaged cam (without pulling back on the lever) by simply pushing down on it. Previously, this is how I’d release the cam when my hangdogging partner pulled back onto the wall. However, the new slimmer fulcrum doesn’t protrude, and therefore it lacks that leverage; this results in it being more difficult to disengage the cam without opening and pulling back on the lever. I see this as a huge improvement in safety, as it now seems harder to accidentally release the cam and drop someone.

This design is also way more ergonomic, fitting in your hand better and especially working well with the “New Belay Technique” for feeding slack, now recommended by Petzl.

Compared to the old Grigri, lowering a climber on the Grigri 2 is the difference between driving a car with power steering and one without. The Grigri 2 gives you more control thanks to something Petzl calls “progressive descent control.” This feature was described to me as being the opposite of a compound bow—in which you pull back on the string and the bow’s pulleys help you generate force. The Grigri 2 is the reverse in that for every three degrees that you pull back on the lowering lever, the internal cam only opens one degree. The result is a much smoother, more controlled descent—something I greatly appreciated while rapping and lowering on that 8.9 mm rope.

Trad, multi-pitch and big-wall climbers will find the Grigri 2 fits on a rack better than its predecessor. My only critique of the device is that when you rappel and the cam is rotated out of the housing, you can inadvertently get the rope caught in a notch between the device’s frame and cam.