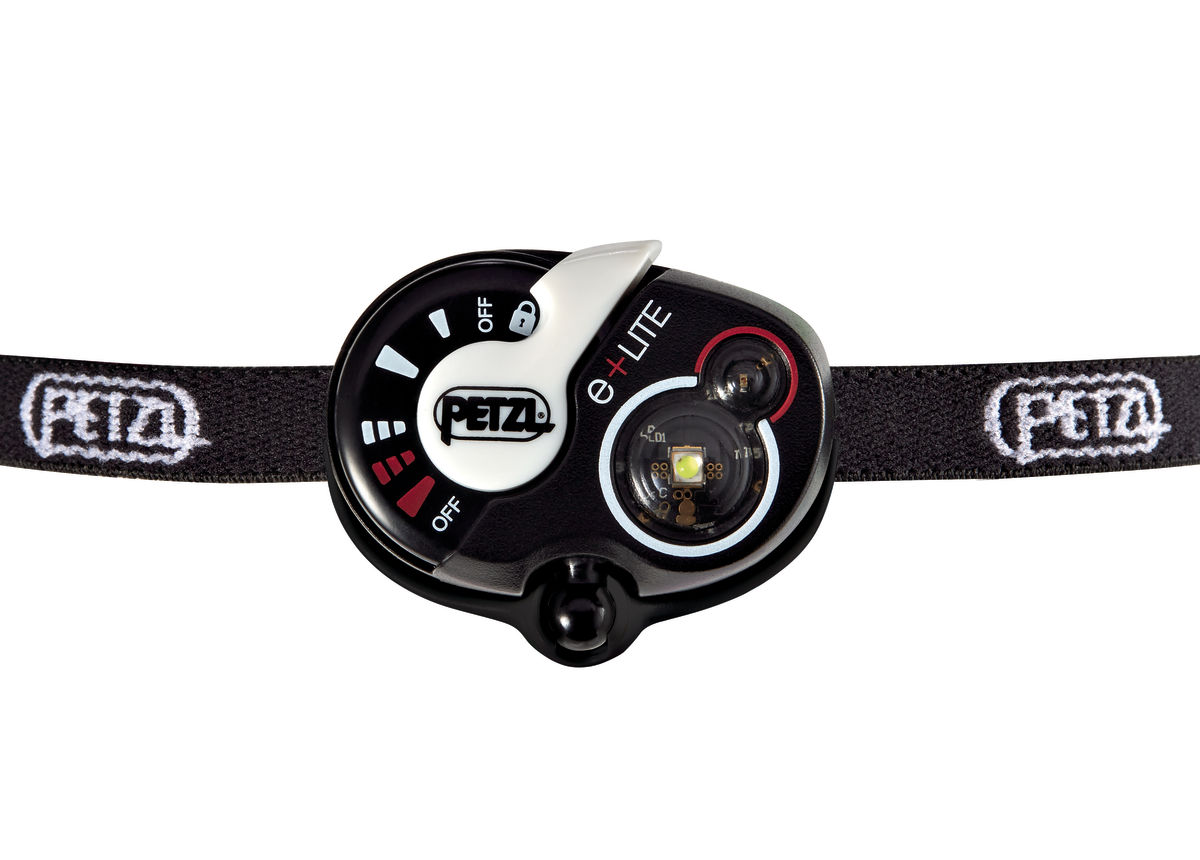 Less than an ounce is not much. The spoon I eat my cereal with weighs more than the new Petzl e+lite, the latest addition to the continuing arc of LED technology. The light and its waterproof case weigh a whopping .9 ounces.

I’ve heard a headlamp called a “pocketful of courage,” enabling you to try longer or more difficult routes. The e+lite fits awfully easily into the pocket where I stash a topo page.

The light is easy to set up (inserting batteries), its good engineering evident in the rubber O-ring gasket that protects the battery pack from getting wet, or the small fin on the cord lock that opens the battery case, or the attachment clip for the bill of a ball cap.

The light includes three LEDs and can chuck a beam up to 19 meters for a maximum 35 hours, or, on economy setting, 11 meters for 45. It also contains an emergency “Come get me!” strobe, in both red and white, as well as a solid red LED for night vision.

This light is not designed for use as a regular headlamp, but storage for emergency use. While the four-night burn time ought to let you get out of whatever pickle you’ve gotten yourself into, it is less than the company’s other models’ max burn times of 120 and 170 hours, and throws a shorter beam. It is as reliable as they, however, operational from -22 to 140 degrees F.

The notion that you are not necessarily expected to use this headlamp, but to have it “in case,” may lead some to question its function. It appeals for the same reason that I own a helmet that is light, rather than the strongest make—I am just more likely to take it along, say, in Zion, or maybe up on Cannon—instead of leaving it on the ground, like I’ve done so many times,  then wishing I had it.

The light is guaranteed for up to a decade.