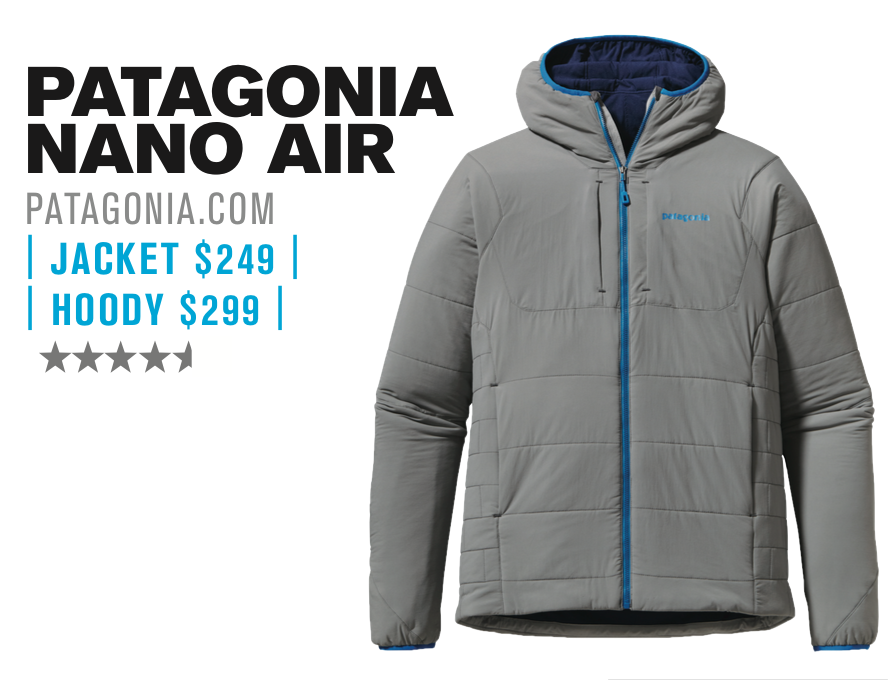 This October I was in Chamonix looking at a window of clear weather with a capable partner and the chance to climb something big and alpine. We jumped on the Frendo Spur on the Aguille du Midi, and cruised the first 3,000 feet under splitter blue skies and comfortable temps, but the last 1,000 feet of snow and ice were cold on the north-facing wall at 13,000 feet and my feet and hands were freezing. The only layer I had left was Patagonia’s Nano Air jacket, a garment touted as something you can put on and leave on. The “exceptional” breathability of the new synthetic
insulation was supposed to vent well enough that you wouldn’t overheat as you climbed.

I was skeptical. A jacket can either be warm or ultra-breathable, not both. I put on the jacket and continued kicking up the slope and my fingers and toes warmed up and yet, amazingly to me, I never needed to shed the coat, even at the top of the slope when we broke into the sun. It was weird, almost like magic.

The magic behind the Nano Air is in the insulation, called 60-g FullRange. It’s light and stretches, but also offers good warmth and retains loft when wet. The wizards at Patagonia have figured out a nice amount of insulation that’s plenty warm, but also super light.

Patagonia nailed the fit, too, which is tailored close to the body. The fabric and insulation stretch so you never feel encumbered. The “coolest” thing
about the Nano Air is its breathability, which is revolutionary and has actually changed how I dress for alpine climbing. Keep in mind, however, that this venting goes both ways and the jacket will be practically useless in wind or rain. Pair it with a DWR (durable water repellent) jacket, as Patagonia recommends, and you’re golden.

ABOUT THE RATING: 4.5 stars because the jacket is light, competitively priced and highly breathable, but doesn’t block wind or rain.