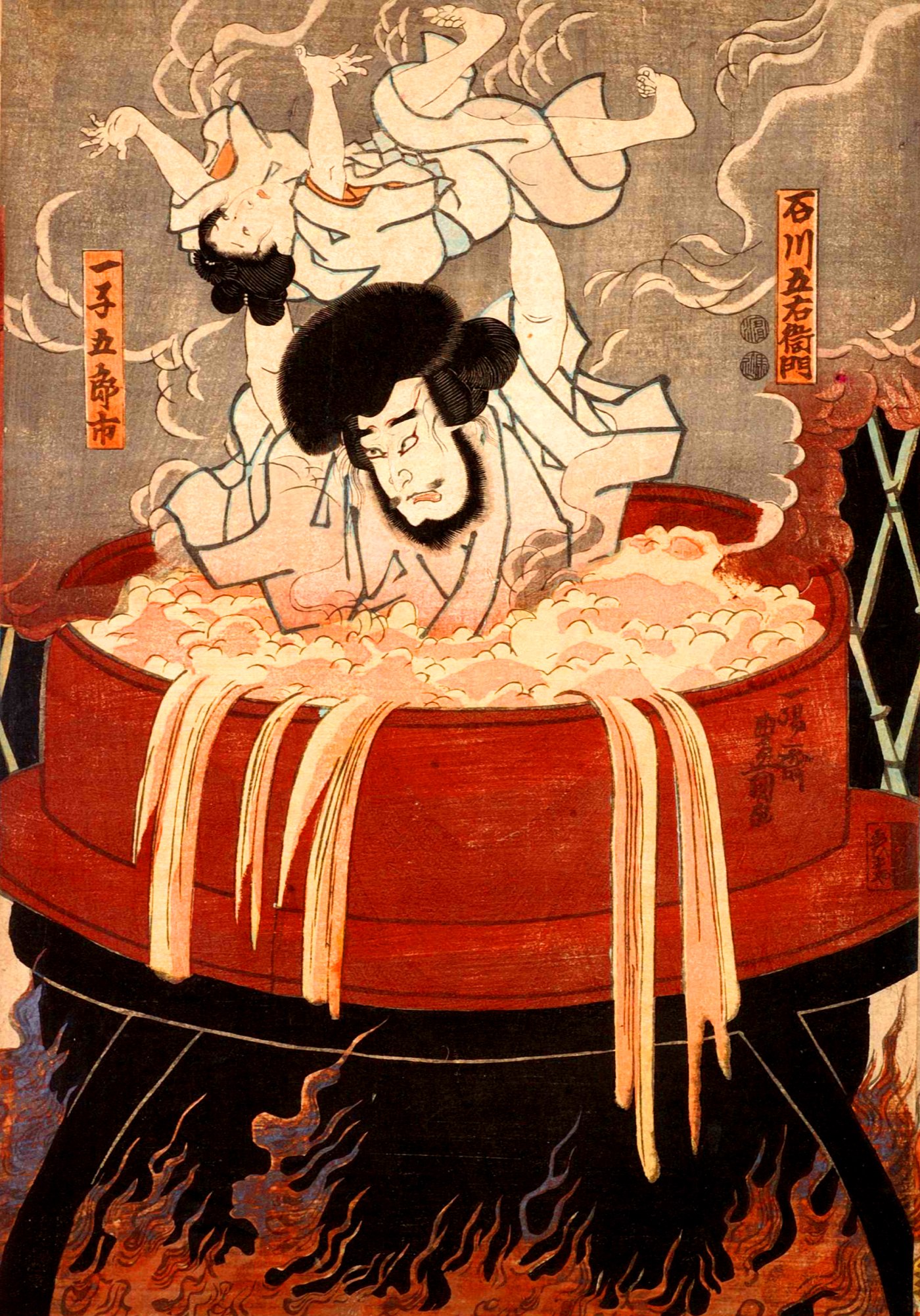 Last week I deleted all my Facebook accounts, both my personal one and my ‘fan’ page. Before I did I wondered about
downloading the archive of messages and comments, of which there were many hundreds if not thousands, giving me a digital bunch of letters, from friends
and enemies and lovers. But then why would I, what would that be? It’s not like my grandchildren would find in a draw after I’d gone, to take off its
ribbons and read, or a box of medals, or faded photographs, just a zip file. Fuck it, I thought. Just more junk I don’t need. Just move on and bin
the joyless lot, throw it into the fire. But then as I hovered over the kill-switch, Facebook doing its best HAL impersonation of asking why I’m killing
it, I hesitate. I go back one more time to my messages, scan through them, look at the questions, the ‘best wishes’, the ‘minor threats’, like I thought,
nothing worth keeping. Then I saw his name, his avatar, his account still live although he was not. There were our parting words, that final message.
They looked like all the others, but they were not. These words had saved my life.

I know no one who has died of cancer who is my age, yes I must be lucky. I’m forty-five and I guess my friends and the people I know are a healthy bunch,
and I’m sure this is not representative of most people. And yet I can count ten men who have killed themselves, probably double that if I wanted to
dwell on numbers in order to justifying what I’m writing here, double that again if I included people who didn’t want to live but whose deaths could
be construed as in some way noble and heroic.

“Did you hear…” is often how you find out, or an ambiguous news piece, how they died left blank, this strangest thing, this self-murder.

There is a link with cancer here I think, in that suicide is viewed
like we view the dreaded C, that it’s an aberration, a short straw, a bad hand, when really it’s not, it’s as common as life and as old as death. Like
cancer it is something we are scared of, the spiders and snakes that lurk inside us, unsettling and upsetting, like anything that goes on behind closed
skin, it becomes something ‘other’, only to be dealt with when we have no other choice and can’t look away—or comes knocking. Suicide remains
a taboo, made taboo because it was once so popular, a way into heaven taken up by Christians to such a degree the church had to decree it a sin. What
is heaven? Is it not the bribe to stick around, to tough it out, to remain un-self-murdered. Consider then the power to combine the two, the murder
and the heaven. Is the terror of the suicide bomber the bomb or the suicide?

The reason why the people I know killed themselves, by rope, by water, by bullet, look varied: a broken heart, a seemingly unfixable future, drugs, money.
For some it came as no shock, while others it came like a bolt to everyone, a bolt so common you’d think such bolts would be rare. The reasons for
going, and going with no warning, no histrionics, but just like that, may sound varied, but they are not. Their deaths were not the inability to imagine
things couldn’t get better, that this trauma would be short and fleeting, but rather the raw understanding they could not wait. To be that man on the
edge is to be a man whose skin is flayed down to the muscle. You cannot bare the wide expanse of raw pain it would need for it the grow again. You
jump from that skinless pain. For those who remain left behind, with the pieces, left by that most selfish curse, they most often need a narrative
simple and easy, skin to their own pain: “He was depressed” and that’s it. Maybe only someone who’s been flayed alive, flayed by others but often by
their own choices, can know three words don’t do that murder justice.

The first time I got a message from this man on Facebook, his avatar popping up, the man’s name well known to me, a hero of mine, a legend, I was shocked.
No stories were ever his, no great images, yet he was often a key player, his name meaning more somehow due to his reticence to do more than simply
participate. He was also a man out of the past, old now and broken down, breaking down further. His message was a simple one, braver than you’d imagine
at first glance, about how what I was writing about at the time was helping him during a hard period in his life, helped him understand and come to
terms with things. Only now, as I write this I wonder why he would tell me that?

What was I writing about back then? It was about that skinning of a human being, about hanging on as the skin grew back, to bare the unbearable. We struck
up a Facebook friendship, and I was honoured to even talk to this legend, like Bob Dylan typing a simple “How are you today dude”, but more I felt
privileged he had read my words, that somehow they’d had the leverage to lift some weight. Feeling privileged I took the time to try and understand
who this man really was, to look at his posts and pictures, to look in between the words, where this struggling man was going. What did I see? Well
if I had to write an algorithm to trigger intervention for the suicidal or those at risk I would input the age of the user with the number of posts
and likes they make each day. Happy people do not hang out on Facebook. You know that right? You need no calculations for that. Those are not shares,
or likes, or comments, but a trail of lonely misery, a sob of tiny packets of data telling you the world that they are alone. To even sit in car, on
a settee, on a plane, and to visit that wicked place is to be self-isolated, to murder all that is living all around you.

This man, my hero, was a man who felt at the end of things, you could tell, his words were staggering. He was looking back at summits knowing he’d never
be up there again. His body was a mess, bones shattered over and over by the stones that had build his legend. I told him to write more, that he needed
to move into himself, a place that I’d often retreated into, but he said he couldn’t do it, this one-hundred-percent physical man. He was beast, lion,
his world one of sunrise and storm, of pine needle and sastrugi, the snap of biner and binding, not the click of a mouse or rattle of keys. What do
you say to such a man, a stranger a thousand miles away.

How do you save such a man?

“If only I’d known” people often say, but I think often we do know, think back to it. But we just can’t
make that leap from the idea to the doing, perhaps we to will be drawn if we become involved, just wait for the professionals, the therapist, the psychiatrist,
the police, the undertaker. This is another curse to this wicked age, that we outsource, we leave it up to third parties to fix, people who clock on
and off. What happened to ringing their mum and dad, brothers and sisters, friends? Give them meds, give them cells, give them lonely rooms with just
two chairs, a cup of tea and a stranger to talk to. What about love? Worse still, we see it but don’t have the time to step up, we have things to do,
our busy lives making us somehow callous, that the dying man won’t die on this busy today. It can seem hopeless to intervene, most times impossible.

What can you do?

And then one day there it was, the story of his death, written in the beautifully respectful way that kind journalists and police officers can sometimes
muster, from a small town to a friend, a neighbour, a human being, not a stranger, of his great life and deeds, of his passing, but not how he passed.
The lion walked out.

And there was that small curse, easily banished by nothing but ‘he was stranger, what could I do’. But it lingered that I had somehow failed him. I thought
how like cancer we shy away, make ourselves a smaller target when its close. Like hail Marys we say things like “he had so much to live for”—but
we don’t know. We cannot judge the kind of pain someone is feeling, so intense they give up their divine gift, no easy thing, no doubt the hardest
they ever did.

What does it take to save a life? For me it was a stranger’s e-mail, asking if ‘to not go would be the brave thing’, words that had more meaning, where
more anchoring, more soothing then even the arms of my children. When you are flayed you are not thinking straight, you only want it to stop, and worse
still you feel those that love you will be spared your screaming. And yet it is the little things we do, the calm words, the hand on the shoulder,
to steady, not the handcuffs, the pills and needles, the blunt probing into the past. When you hug someone tight and tell them not to go, you leave
an imprint. It takes a lot to take a life, but it can take very little to save one.

But as I stayed my finger about to kill this Facebook virus, and wipe our words away forever, I read that first message one more time, that message that
came like a bolt into the dark. I had not saved him, he had saved me. My words, my screams to him had been music, had let him know was not alone, and
in writing back to tell me this—that I had value to a lion like him—his were words like morphine.

Self styled anti-hero, Andy Kirkpatrick describes himself as a “highly functioning narcissist with notions” and someone “who often loses the run of himself”. Two-time winner of the Boardman Tasker prize for his books Psychovertical and Cold Wars, he also sometimes climbs, and when not climbing, resides in Dublin, Ireland.