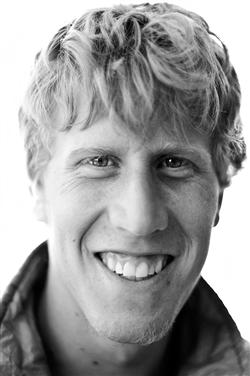 This past spring was the wettest in a decade in Yosemite. “And nobody did anything,” exclaims Nick Martino, longtime local, “but Nik Berry free climbed El Cap three times in a month.” Martino and his Valley cohorts were blown away: “He’s the rock climber we all want to be,” Martino says, “and nobody’s ever heard of him!”

An unassuming 24-year-old from Sandy, Utah, Nik Berry redpointed the 5.13d “ledge-to-ledge” version of the Salathé Wall (VI 5.13d) on El Capitan. He and Cody Sims made the first “team-free” ascent of this variation, envisioned and accomplished by Yuji Hirayama in 2002, which eliminates hanging belays on the route.

Whereas most free ascents of the iconic Salathé redpoint the Headwall in two pitches of 5.13b, the ledge-to-ledge variation links all that terrain, from a stance above the Headwall roof to Long Ledge, in one 70-meter enduro-pitch of 5.13d. This variation also eliminates a hanging belay just below, linking from Sous le Toit ledge to the stance above the Headwall roof. Aside from Hirayama, the only climber known to have previously redpointed these megapitches is Alex Honnold.

During his endeavor, Berry believed the section had also been linked by Tommy Caldwell and Jim Herson, an engineer and rad weekender from San Francisco, but Caldwell says he followed an earlier variation, as has Herson (who has linked a different section lower on the route).
“I’m definitely the weakest [person] to do it,” Berry says, “but somehow I did.”
Berry is clearly a gifted athlete, with talent crowned by equal or even greater motivation. “He would do something that would be a lifetime accomplishment” for anyone else, Martino says, “take one day off, and then hike another load to El Cap and start working the next project.”

Berry recently graduated from the University of Northern Arizona in Flagstaff, and Sedona and Paradise Forks remain among his favorite areas for trad climbing. He is now based back in Utah, where he grew up skiing and playing soccer and baseball. He started running and wrestling in junior high because “they felt more fair.”
“I’ve always been small,” says Berry, who is 5’8” and between 140 and 150 pounds, smiling. “And everyone else was pushing me around.”
Just six years ago, Berry began bouldering. Climbing, he says, “is somewhat individual and somewhat team, and caters to all sizes.”

If Berry seems to have come on fast in climbing, consider that when he resumed running last year after a long break, he became only the second person to complete the Wasatch Ultimate Ridge Linkup, 34 miles of running with 21,000 feet of vertical gain. The linkup was originally done by Jared Campbell in 2004, in 21 and a half hours. Berry completed it in September 2009 in 17:48.
“Pretty much only climbers and marathoners would do it,” he says: the terrain is mountain and scree and ridgeline, with a move or so up to 5.7.
In October he entered his first marathon, the Desolation Trail Marathon in Utah, and won. His time of 3:33 was six minutes behind the course record of 3:27, and it bested the previous second-fastest time, 3:36 by the great runner Karl Meltzer.
Berry seems calm, but says he has his quirks, and appears to be a model in productive channeling. He calls himself “a bit obsessive” about healthy eating, favoring giant salads (and meats as well): “When I was very young I would not eat ice cream, but my mom had to keep an excessive amount of mushrooms in the fridge for me … I have also always been a bit crazy [in that] once I really want to do something I will train most often harder than my body allows. I guess you could say I am a bit OCD.” 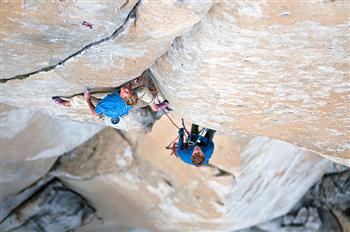 Berry intends to start a nursing-education program next spring at the University of Utah.

You have been known to tease others that they think too much on lead. Has boldness ever gotten you in trouble?

Yeah, I almost decked. Me and my friend Peter Vintoniv were trying to do this climb in Little Cottonwood Canyon and you have to sling this horn and put a draw on it, and I kind of forgot the move. I realized I didn’t have it, [fell] and had to push myself way out from the rock to clear the ledge.

Beastie Boys [5.12d R/X without the bolts]. A lot of routes in Little Cottonwood Canyon have bolts and don’t really need them. And we were kind of bored.

How did you do so much in the Valley?

By not getting overwhelmed, [by] staying motivated and psyched. I have such a love for crack climbing. And I really love the process of climbing something beautiful and inspiring. With [big routes], there’s a lot of suffering, you have to hike up El Cap each time you want to work it, but it’s cool how much work goes into it, so it sticks in your mind.

Are you reading anything good right now?

I don’t have the attention span to read so I watch TV on the Internet while I surf the web. This way seems to be more ADD-conducive.

How does running affect your climbing?

I’m psyched to get stronger in bouldering, so I can do harder routes on El Cap. It’s always there in the back of my head.

What remain your ambitions there?

What’s the funniest thing that’s ever happened to you on a wall?

I was probably laughing the most when I rapped down to the A5 traverse on Golden Gate with Cedar Wright and Nick Martino. We were getting the pitch dialed in and Cedar kept making me redo it (four times) without rest. The whole time they were cracking Snoop Dogg jokes to try and make me fall.