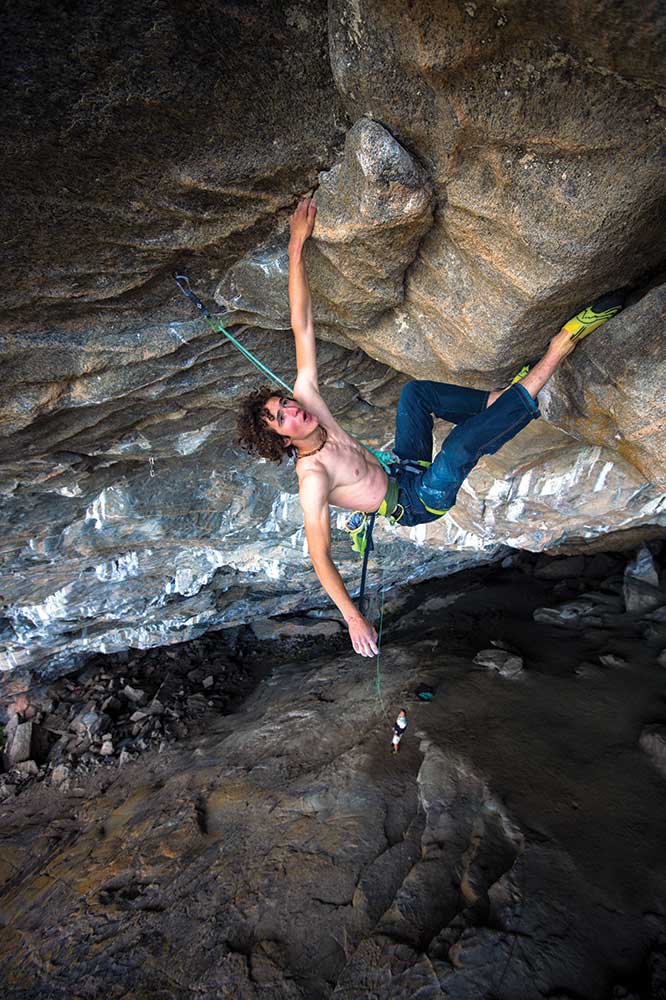 The Building a Better Climber training-plan series has included the following phases:

For the sixth phase we’re returning to low-intensity endurance to top up our fitness levels for longer routes. This phase will also give the body a chance
to recover from the stresses of the previous strength/power and power-endurance phases. If you’re joining in for the first time, low-intensity endurance
represents a great starting point for any training program, so there’s no need for any preparatory work.

Important: If you followed the training phase given last issue, then be sure to take a recovery week before commencing this phase. This
modified week could involve one or two very easy climbing sessions (e.g.: warm up, then 2 or 3 routes, well below your limit).

Number of Sessions per Week

Two different structure options are given below. Do not attempt more than one in a single session. A good approach is to alternate between them.

OPTION 1: 4x4s: Warm up first: Pulse raiser, mobility exercises and easy climbing movement: 15 minutes.
Select four different routes of the same grade that you can climb consecutively, “4-in-a-row.” See guidelines below for optimum wall angle. The grade
will be at least three below your onsight grade for beginner/intermediates and, for advanced/elite, four below. Lower off and move to the next route
as quickly (and safely) as possible. Do this four times with rests equal to climbing time. Increase the difficulty of the sessions slightly over time
by making the first route a grade harder, then the second route and so on until all four routes are harder.

Find an easy and quiet area of the bouldering wall. Warm-up first then climb around, selecting holds at random for five minutes. Go up, down and diagonally
as well as traversing. Try linking color-coded problems together, provided they are easy enough. Aim for a moderate and continuous level of pump. If
you over-cook it and get too flamed then find a resting position and work at recovering before continuing. If you have a training partner, you can
take turns pointing each other around the wall using a stick, following the intervals given above.

Advanced tip: Intermediates and elites should do four sets of deadhangs as part of the warmup (half-crimp grip,
to failure, max hang time 10 seconds). After three or four easy traverses or warm-up routes, do three or four boulder problems to recruit strength,
then perform the deadhangs before commencing the low-intensity endurance session. The dead hangs will maintain finger strength during the phase.

Warm down with easy movement and stretches. Eat a protein- and carb-based snack within 30 minutes of training.

This session is the same as in the previous training phase: Part 5 – Strength and Power Phase II.

[ Intermediates and Elites ] Try three or four different projects over the course of two hours.
All problems should be overhanging but each should emphasize a different style of hold and/or angle. Take a 15-minute break between each problem.

[ Beginners ] Try five boulder problems that you expect to complete three or four tries. Don’t spend
any longer than 15 minutes on a given problem before moving on. Rest 15 minutes after every 30 minutes of climbing.

Intermediates and elites should finish with offset pull-ups or weighted pull-ups and front levers (see previous phase for more info) but not finger exercises. Beginners should not do this. Warm down.

[ Antagonists ] Do three sets of 20 reps of the following exercises, with two minutes rest between sets. Only go to failure
on last set.

This article was published in Rock and Ice issue 214