After recent miserable sport climbing performances, I’m finally knuckling down to address my weaknesses—and use the hangboard I bought 18 months ago! A friend said to build up to 30 seconds on, 30 off, but everyone else suggested hangs of up to eight seconds. My friend says that shorter hangs are better for snatchy bouldering and less relevant to routes. What are your thoughts? 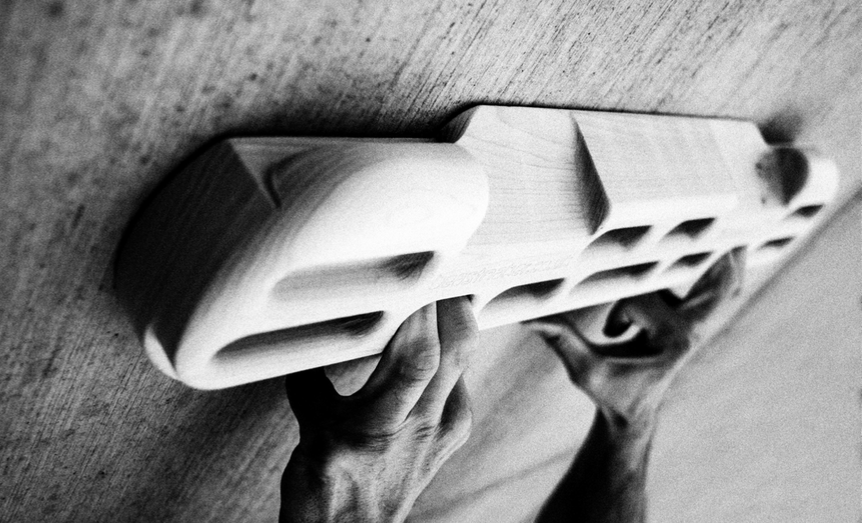 The first step with hangboard training is to split your workouts into either strength or endurance. Anyone who is training for sport climbing will need to do both, using longer and shorter
intervals. However, the endurance sessions are perhaps better for hangboard novices as they are less stressful on the fingers and allow you to build
a fitness base.For endurance it is better to perform longer, less intense hangs for longer overall sets, whereas for strength training it is best to
perform shorter more intense hangs for shorter overall sets.

A great dead-hanging structure for novice endurance training is to place one or both feet on a chair positioned three feet behind the board and to do one-arm
alternating hangs of 15 to 25 seconds. Hang straight-armed from one arm while shaking the other. You can also experiment with hanging from both hands,
perhaps with your feet off the chair, and then switching back to alternating with your feet on the chair in order to shake out and recover. These alternating
hangs should be repeated to failure and you can experiment with sets of up to 20 hangs at a time (8 to 10 minutes total hanging time). If you do sets
of 10 minutes, then rest 10 minutes and repeat. You may not be effective for any more than three or four sets total.

Another important issue is what grip to use. I suggest the half-crimp as the utility grip, but do a minimum amount of full-crimping and hanging to develop
versatile grip strength and endurance. Do this by switching grips alternately from hang to hang. Some climbers stick to one type of grip per set and
then change for the next set, but I recommend alternating grips. Ten minutes of continuous crimping can lead to repetitive strain injuries.

For strength, the difficult part is calibrating the intensity of the exercises to conform to the short hang times. Beginners can simply do footless hangs
with two arms, but intermediates will soon reach the point where they need to hang on the smallest and most damaging holds to achieve the short hang
times. This is the classic mistake.

A golden rule is never to hang on holds that are smaller than your first finger joint. You can solve this problem up to a point by going for slightly slopier
holds, but the solution is to use a weight belt and hang with two arms or to switch to one-arm hangs with a minimum amount of assistance from your
spare arm (hang a knotted sling from the board and hold it as low as possible).

For strength workouts, either do single or alternating hangs, which should last between two and 10 seconds. Any longer will place unwanted strain on your
joints and tendons. For alternating hangs use the same method as described for endurance but keep the hang times to between four and eight seconds.Try
using the knotted rope for assistance rather than standing on a chair. Simply step on the floor and swap over as quickly as you can. There is no need
to alternate more than three or four times. A total of four sets will be plenty for beginners—five or six for intermediates.

We’ve confined our discussion to dead-hangs, but hangboard workouts should also include arm and core exercises. Look for more on hangboard work in future
editions.

This article was published in Rock and Ice issue 182.

Should You Add Weight or Use Smaller Holds on a Hangboard?

Should You Lose Weight or Get Stronger?