Which is the best way to increase the resistance of campus and hangboard exercises—using smaller holds or adding weight?

The answers are really simple when it comes to training, and I’m afraid that both concepts have merit and can be used to achieve different effects. A third variable for hangboard exercises is to use one
arm instead of two.

With smaller grips (or rungs), always utilize the correct hold. Small sharp edges are bad on the skin and sloping edges can feel greasy and condition-dependent.
However, it can work well to use progressively smaller edges, provided they slope no more than approximately 20 degrees to the horizontal and are
slightly rounded. Some climbers believe that this is better than adding weight or doing one-armed work, as it will prepare you for using small
holds at the crag.

Adding weight is tried and true. However, once you are dealing with any more than 20 pounds for campusing or 70 pounds for hangboards, it is more practical
to switch to smaller holds, or for hangboarding to start using one arm. Because many will find the jump from two arms to one to be simply too great,
using smaller holds is a good stepping-stone. One-arm work is perhaps a more practical alternative to adding weight for stronger climbers as it
lets you use all four fingers and use edges that support the first finger joints and feel reasonably comfortable. 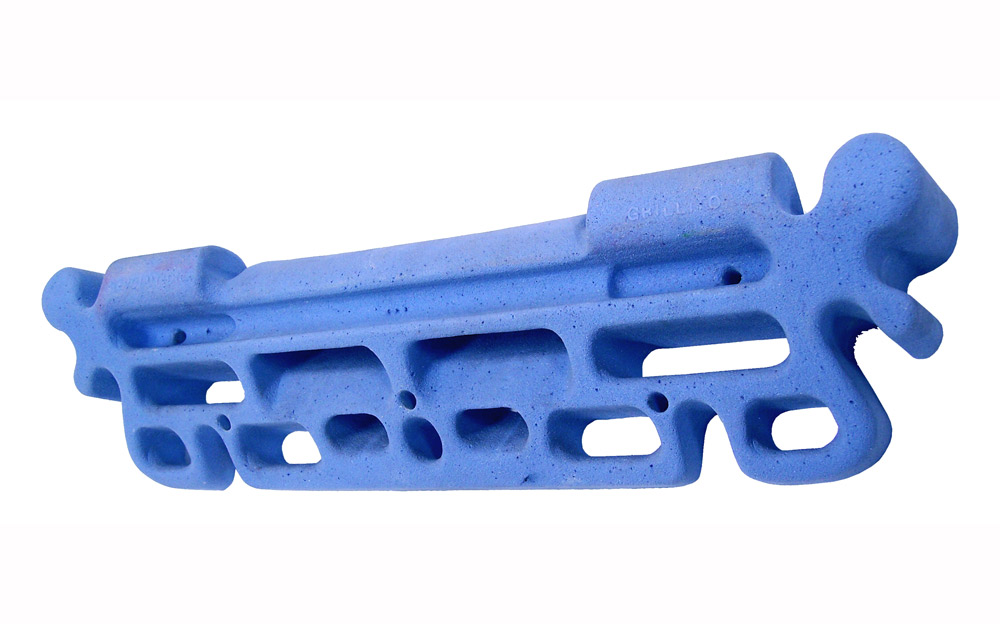 If you stick to two-arm work (and don’t go for the option of adding weight) then your remaining alternatives will be to use small edges, or use combinations
of one, two, or three fingers on each hand. This latter option can work well, but beware forgetting to train certain fingers, or receiving harmful
tweaks on monos.

An alternative is to do one-armed hangs with a minimal amount of assistance from the free hand (say, on a low edge or a bungee cord), but the amount
of help can be tricky to quantify. For campus work, moving to smaller rungs and doing smaller moves has a slightly different training effect than
staying on the same-size rungs and going for larger moves. The former will work the fingers more and build contact strength, and the latter will
make you more powerful in the arms.

The answer is, of course, to try all these methods, but not randomly. Plan your training so that during your first phase of strength training you increase
resistance by adding weight, then during your next sequence you can try making the holds smaller, and so on.

Think texture. Smooth holds are less abrasive, less painful and more difficult to hang than highly textured ones. In real climbing
that’s bad, but this is training. The more difficult it is, the stronger you’ll get.

Pockets make you cheat. Want to get strong on two-finger holds? Avoid pockets on the board! Climbers cheat themselves by using the
friction on the sidewalls of the board’s pocket to hang from the hold. You’ll get stronger by simply using two fingers (in the open-hand position)
on a flat 1- to 1.5-pad edge. Make sure you train each of the three “sets” of two-finger combinations.

Think atmosphere. Most climbers install hangboards in their dingy basements or guano-scented sheds. Their motivation to train like
a prisoner in Oz lasts about a week. Then, the hangboard, um, hangs in obscurity like Brad Dourif’s acting career. Hang your board near the things
you love: television, kitchen, kegerator.

This article appeared in Rock and Ice issue 187.

Neil Gresham has coached climbing and written about training for over two decades. At age 45, he climbed his first 8c+ (5.14c), a new route at Malham Cove. He has put up FAs at home and around the world.

How to Use a Hangboard

Injury-Free Boarding: 14 Training Tips to Save Your Fingers