“Training is not the work that you do, it is the value and the cost of your body’s response to that work.”

—Legendary coach Renato Canova. Canova’s runners have garnered more world records, world championships, and Olympic medals than those of any
other running coach.

The human body has an amazing capacity to adapt to physical stress. But it does this best if that stress is applied in
a constructive, consistent, and progressive manner. To see progress in your fitness you need to temporarily put some systems of the body into a crisis
state and allow the body to restore its homeostasis through its natural regenerative processes. This stress/recovery process results in what is termed
a training effect. If properly coordinated, these adaptive mechanisms result in a process known as supercompensation, whereby your body overcompensates
and ends up at a higher fitness level than before the stress of training was applied. Only the body’s systems that experience the stress of training
adapt to handle future stress better.

If there is a new training stimulus applied while your body is still in a supercompensated state, the resultant new level of adaptation will be higher
than the previous one.

In principle, this progression of load and adaptation is the goal of all well-structured training. This consistent and progressive nature is what sets
training apart from simply exercising for health, and is one of the trickiest aspects to get right. The various changes that your body undergoes due
to this training effect occur at different rates, and the restorative periods can vary from a few hours to several days depending on which body systems
experience stress.

These
three words embody the principles of all successful training programs. A solid understanding of them will help you build your program from general
to more specific conditioning.

As mentioned earlier, correct training places one or more of your body’s systems into a crisis state. These stresses impact the body’s structural and functional
systems. By structural, we mean the actual protein structures of your body (muscle, capillaries, mitochondria, etc.). By functional, we mean the metabolic,
enzymatic, hormonal, and other physiological functions that exist within the structures. The myriad numbers of processes that occur to both these systems
take place at varying rates. Some of these adaptations occur on the order of hours; others occur over the course of days, weeks, or even years.

A failure to adapt (known as stagnation) can occur, and if unaddressed can lead to overtraining, which results in a diminishing level of fitness. It takes
time for the body to adjust to the training load you impose. A reapplication of another similar training stress will not give you the benefits you
seek if your body’s structural and functional systems have not sufficiently adapted to your current training load.

Continuity in training refers to maintaining a regular schedule of training with minimal interruption. You have to be motivated and disciplined to fulfill
the requirements of the plan you lay out. Obviously, there needs to be some flexibility to account for the unexpected. Lapses in training do happen.
They can be managed, but they cannot be overlooked. If you miss a week of training due to work, travel, or sickness, you can’t pretend that you actually
did all that training and progress to the next part of the plan. Your body will not be adapted to the next step, and you’ll be likely to have setbacks.

How you manage this discontinuity depends on its length and the reason for it. Occasional breaks of a couple of days are not much of a problem as long
as they do not diminish the training load by more than roughly 5 percent in a month, but frequent or prolonged breaks from training that amount to
more than 10 percent of the monthly volume do create a need to adjust your subsequent training.

Gradualness is an acknowledgement of the body’s limited capability to adapt to the training stimulus. As inspirational as the movies may have been, Sylvester
Stallone violated this basic principle repeatedly in the Rocky series. Hollywood allows that sort of fantasy. Real life does not. Occasional bursts
(or lapses) of enthusiasm and motivation that result in big jumps in training load are a common approach to training by beginners and dabblers. The
results from this sporadic exercise (we can’t call it training) will never lead to good results. Your body’s numerous systems require time to adapt
to the various stresses you apply with a training load. Gradualness is a virtue that cannot be overemphasized.

A gradual progression of the training load means different things for different athletes. Beginners and those with a low annual volume of training can
progress faster than those with many years of training who are closer to their ultimate potential fitness. As a general rule, beginners can increase
training volume by as much as 25 percent per year and up to 50 percent during a three-week training cycle. Advanced athletes will be unable to make
such jumps because they are already operating much closer to their body’s capacity. For them, a 10 percent jump in yearly volume should be considered
a maximum. Elite-level athletes often make no change in overall annual training volume, instead seeking gains by juggling the amount of higher-intensity
and specific training.

Modulation
is the undulating level of training stimulus that allows your body a chance to recover its homeostasis (biological equilibrium in living organisms)
after that crisis period. But it will also allow you to overload those intended systems and then put them into the next and higher crisis state with
the new, higher training load. Depending on the systems you intend to stress, this modulation can follow a cycle measured in hours up to one measured
in days. It can take three weeks for some significant changes to happen in the structural and functional systems. With care, an athlete can modulate
his training to allow several systems to adapt at the same time.

Through empirical processes, coaches have come to realize that adaptation occurs in roughly three- to six-week cycles. During the first three weeks, your
body rapidly adapts. During the next three weeks, if the training load is held constant, it begins to yield diminishing results as your body structurally
and functionally adapts to that training stimulus. During these second three weeks many of the adaptations begin to consolidate, creating a base upon
which to build the next step upward on the fitness ladder.

Once your body is adapted to the stress of the current training load, what used to be a crisis state will no longer be enough to cause your body to keep
adapting. Some creative changes to the training load need to be implemented for the next three-week cycle or progress will stop as you become adapted
to this new level of crisis. These changes vary according to the qualities that the athlete hopes to develop. For a quality such as endurance, these
adjustments are simple and involve mostly an increase in the volume of training along with the concurrent increase in speed at the individual’s aerobic
threshold pace. For the simultaneous training of different qualities such as speed and endurance or power and endurance, even more elaborate training
systems need to be implemented, which is beyond the scope of this book and must be administrated with care and finesse, usually by a coach.

Only the systems that are stressed are going to see the training effect. That being said, beginner endurance athletes and those with long lapses in their
training history can make good gains in fitness initially by doing any prolonged endurance activity. As your fitness improves, your gains in climbing-specific
fitness will become more elusive unless you shift to activities directly related to your intended activity. For example, at this stage in his career
Steve won’t see much benefit to his climbing speed from swimming laps or paddling a canoe for hours on a lake (for him these can be very beneficial
recovery workouts). However, a person with very limited endurance training background will see an improvement in overall fitness from these general
exercises, which will translate into improved climbing performance. This principle is known as the Specificity of Training.

By specificity, we mean that the most effective training will be specific to the movements done, and at a similar speed and intensity of climbing. To a
very large extent, elite-level swimmers principally swim for training, champion cyclists ride, top runners run, and worldclass skiers ski. A general
sport like alpinism can include more nonspecific modalities than these traditional sports, especially in the early base-building period and for less
athletically mature individuals. But the biggest benefits will come from preparing for and modeling the demands of alpine climbing as closely as possible.
This is the reason top climbers spend so much time climbing. 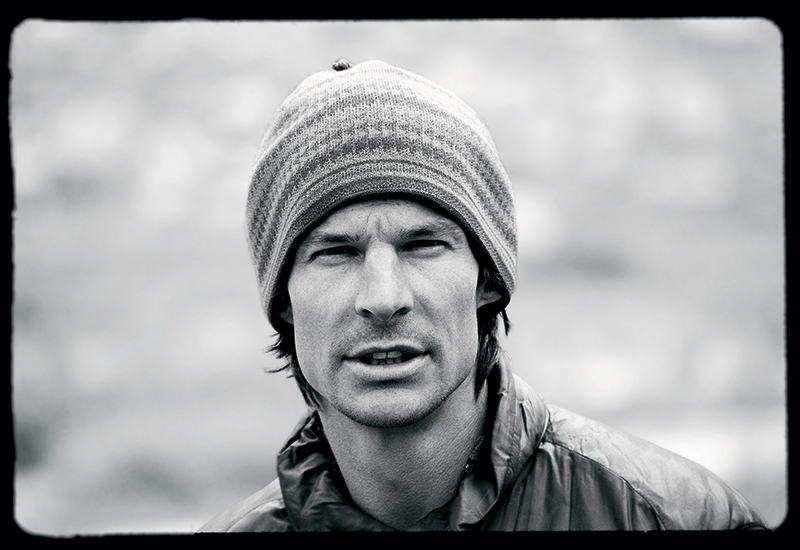 As an alpinist seeking to improve your endurance you should give priority to weight-bearing exercise.
This means running or hiking, especially uphill, which will be more specific training than swimming. Cycling is also a great general exercise. However,
bikes are very efficient modes of transportation and this makes them less effective training tools from the time versus benefit standpoint. The sitting
position on the bike means that you do not have to support your full body weight, which greatly reduces the energy cost of the exercise and the muscle
mass used to propel yourself. Being strapped to a machine limits the range of motion, the coordination, balance, and variability of the footing required
while climbing. You should not rely solely on cycling as a training mode. We have known some hard-core athletes who have gone so far as to remove the
seat to avoid the temptation to sit down.

Swimming is another great exercise that has little carryover to alpine climbing. The prone position in swimming makes it so the heart has to work much
less to pump the blood. The water also keeps the body cool, leaving more blood available for the working muscles. If this is beginning to sound like
running and hiking should be emphasized in your basic preparation time, then you are getting the picture.

While the authors are fully aware of the value of lessons learned in the school of hard knocks, we have written this book in an attempt to help you chart
a more direct path to your own alpine success.

We stated in chapter 1 that you can’t learn to lead thin ice or poorly protected pitches of rock from the pages of a book, but you can prepare for success
in a rational way. This will not only give you a better shot at tagging that summit, but also allow you to minimize the risk while you do it.

As we’ve discussed, athletes in mainstream sports train the component parts of their event many hundreds or thousands of times so that when their big day
arrives it is merely a matter of putting those well-practiced components together. This gives them the physical skills as well as the mental confidence
necessary to succeed.

Alpine climbers need to do the same thing. If the first time you lead a long runout pitch on loose rock is on your goal climb, you have not set yourself
up for success. If carrying a heavy pack while dragging a sled to the 14,000-foot (4,267-meter) camp on the west buttress of Denali is the hardest
day you’ve ever spent in the mountains, then you are very likely not going to have the physical and mental stamina to continue another seven days to
the summit.

This is an excerpt from Training for the New Alpinism – A Manual for the Climber as Athlete by Steve House and Scott Johnston. To purchase
the book visit www.patagonia.com.