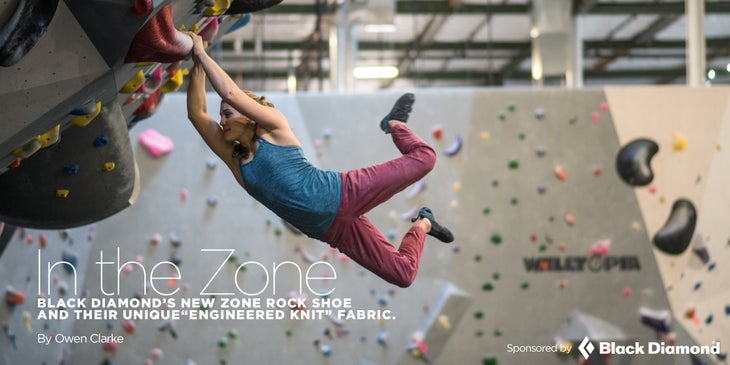 I took my dad climbing for the first time when I was fifteen. I don’t remember much about that day (except for bailing off of a 5.8 because he was short-roping me), but I do remember the very first thing he said to me. We’d arrived at the crag, and I’d pulled out my shoes.
“Jesus, those things stink,” he said.

He was right. My shoes stunk. They still stink. Don’t look at me, your rock shoes stink too (unless you wear socks, but then you have a bigger problem).

Climbing shoes have stunk as long as they’ve existed, and they’ll probably always stink, but Black Diamond’s Engineered Knit fabric makes the stench less of a “supervillain origin story”-level biohazard, keeping your feet ventilated while pushing technical performance to the highest bracket. With Engineered Knit, Black Diamond uses a polyester yarn upper on their shoes, as opposed to a traditional leather or microfiber upper. This allows ones feet to stay cooler, dry faster, and sweat less. “With our shoe line,” said Technical Designer Linh Nguyen, “we wanted to blend Old World craftsmanship with New World manufacturing, and [Engineered Knit] is new tech that the Old World hasn’t caught wind of. We can program and design knit to perform as good as the best leather and the best microfiber.” Better yet, it boosts performance from a non-technical side, because on hot days your feet won’t feel like oily sausages in a rubber wrapper.

The fifth and newest shoe model in Black Diamond’s lineup, the Zone, is a two-strap velcro shoe built for intermediate to advanced climbers, specializing in indoor and outdoor bouldering and sport climbing. To balance comfort and performance, the Zone uses the foot mold, or last, from the Shadow, Black Diamond’s most aggressive shoe, but the knit upper from the Momentum, their all-around, entry-level shoe. This gives the Zone the breathability and comfort offered by the Engineered Knit fabric upper, with the Shadow’s aggressive last and soft, uber-sticky Fuse rubber. “With the Zone,” said Nguyen, “we wanted to bookend the stiffest shoe we’d ever made (the Focus) against the softest shoe we’d ever made (the Shadow).” As a result, the Zone has a tensioned outsole and soft, sensitive midsole, a middle-ground between the Focus’s hard, Force rubber and the hyper-sensitive Shadow, which has no midsole. 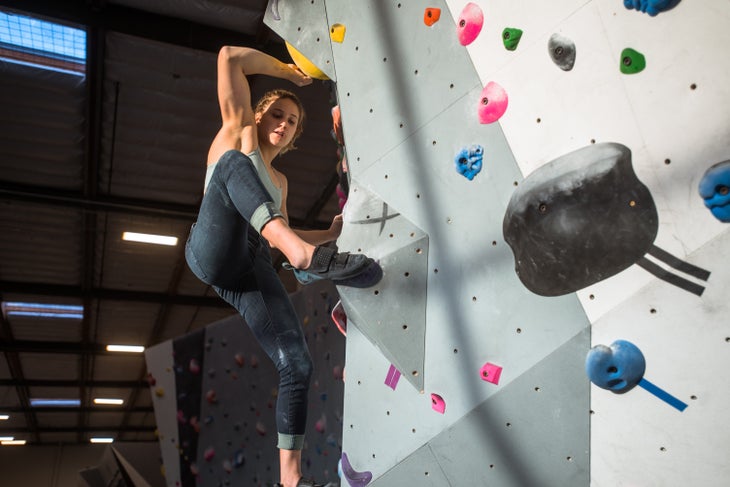 Like all of their shoes, Black Diamond uses molded rubber for the Zone, as opposed to cookie-cutting from sheets of post-cured rubber. Not only does this minimize overall waste, “with molded rubber we can use less rubber where we don’t need it, said Nguyen,” “like at the thin edge where the rubber meets the leather, microfiber or knit fabric, and more where we do, like at the high-wear area at the big toe.” The Zone has printed rubber at the vamp, for toe hooking, and one of the two Velcro straps designed extra-wide, “for locking in an aggressive fit.” Unlike BD’s Momentum or Focus shoes, the Zone comes in a standard “high volume” model and a “low volume” (LV) model, as opposed to Men’s and Women’s models (because guys can have small feet and girls can have big feet, right?). This is the same reason Black Diamond’s Men’s and Women’s models are colored gender neutral. 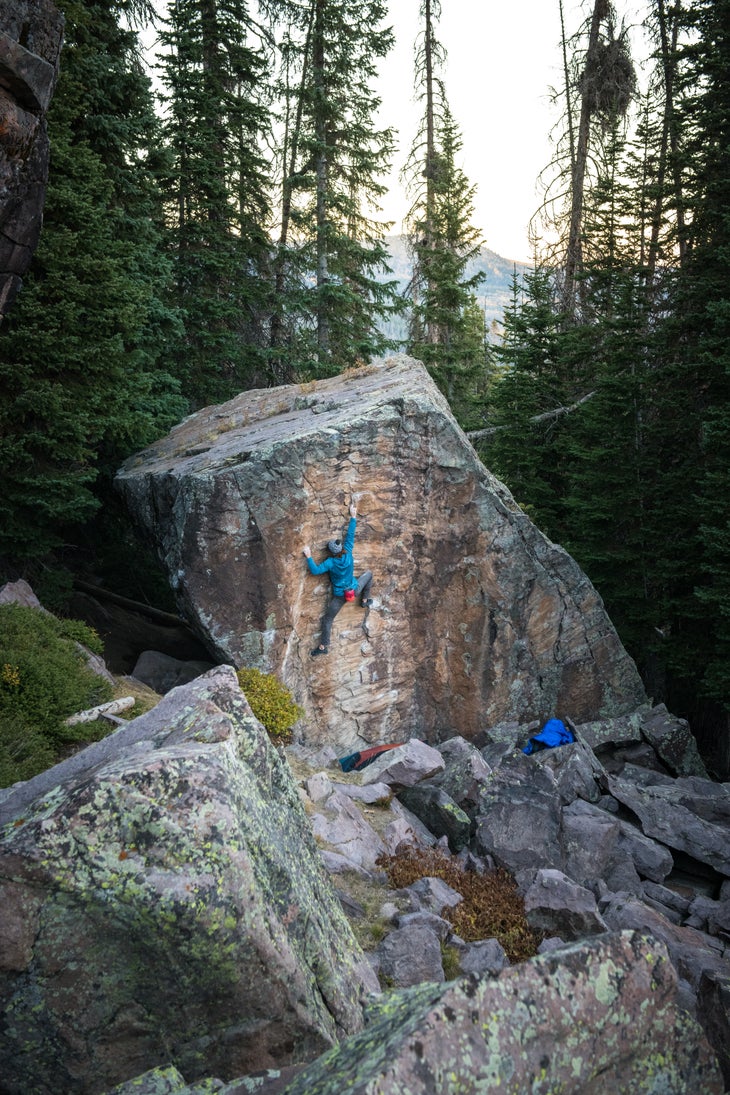 The most impressive thing about the Zone, however, is the performance potential for the price-point. At $140, the Zone is an aggressively cambered, high-performance soft rubber shoe for significantly less than competing brands. Coupled with the breathability and comfort of the Engineered knit upper, the Zone is the perfect shoe for climbers looking to make their first shoe purchase at the intermediate to advanced level.