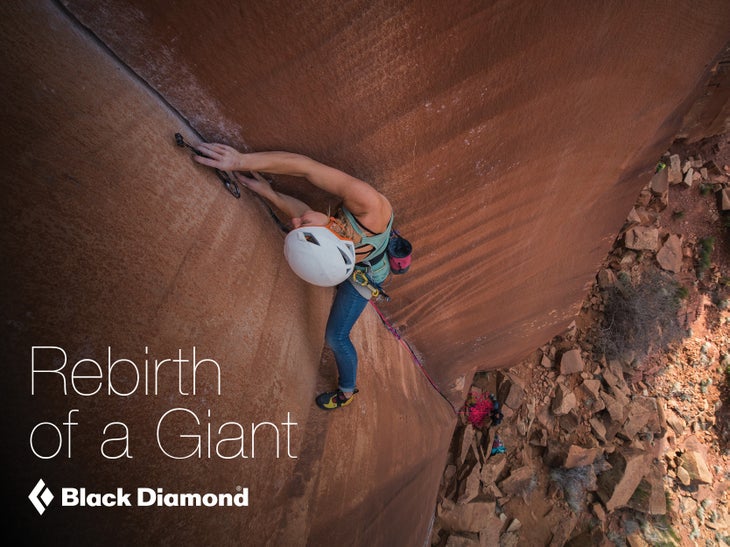 I was fifteen years old, twenty feet off the deck, covered in mosquito and chigger bites, and moving into the crux of what would become my first trad lead, Fruit Loops (5.7+). Below, my partner Daniel, a year older and subsequently cockier, lounged on belay, flicking a piece of straw back and forth between his teeth and moaning about my slow progress.
I’d placed two pieces (which still didn’t feel like enough) and was only a few feet from the second one, but my left hand jam felt perilously inadequate, and my hands were coated in sweat. I was beginning to Elvis-leg, feeling pure terror.

A train of thoughts barreled through my head, ranging from potentially important to entirely irrelevant. Dan had too much slack in the rope. My figure-eight had too short of a tail. One of my leg loops wasn’t doubled back, or was it? I’d clipped my first piece with the gate facing the wrong direction. My rope was a little bit scuffed. I hadn’t turned in my English essay last Friday. That cute girl from my the swim team hadn’t responded to my text message. The situation was dire.
Our meager rack, consisting of mostly bootied stoppers and two Tricams, also held three Black Diamond Camalot C4s. I’d already placed one, and searched madly for one of the others with my free hand.
Feeling adrenaline on par with what I figured James Bond must’ve felt when he jumped off that dam in Goldeneye, I snagged a #2, slotted it in the crack, and shrieked down, “CLIPPING!” to Daniel, my voice cracking. The four feet separating me from my last piece felt like a hundred. Why hadn’t I stuck to top roping?

I pulled the rope up to clip… 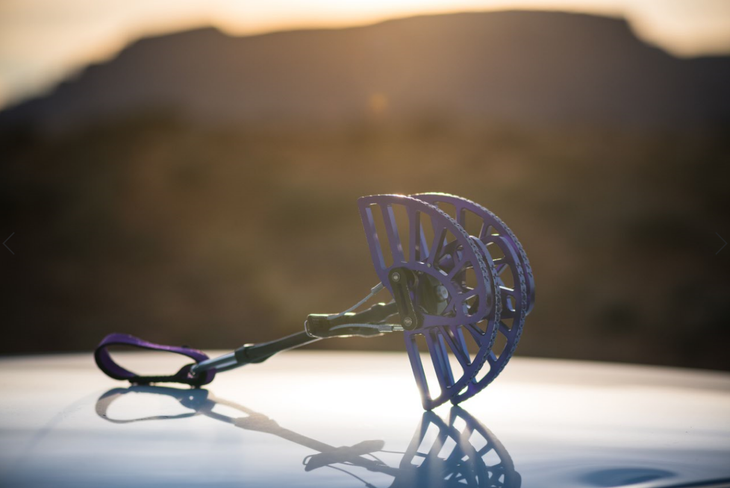 For almost a thousand years the Arthurian castle of Camelot has featured as a mainstay in fantasy literature. Sure, there have been many derivatives, many inspirations, and many copycats of castles and knights and quests and fair maidens. But the original Camelot name lives on as the one that started it all.
In the climbing world, we have our own Camelot. The Black Diamond Camalot has dominated the camming device scene since its initial release in the fall of 1987. However, despite the Camalot’s three decades on the market it has undergone remarkably few updates, and none since 2004, a testament to its bulletproof design and adaptability.

The first Camalot, with its revolutionary dual-axle design, allowed for a significantly greater expansion range than other spring-loaded camming devices at the time, such as Ray Jardine’s Friends. This innovation caught the eyes of the climbers of the day, and led to the Camalot’s widespread adoption. The Camalot saw a few updates over the years, notably a 2004 swap from a stainless steel thumb swage to a thumb loop, increasing comfort and handling, and a re-alignment of sizes from #0/3 all the way up to #6. With this update, the Camalot was re-christened with the tag “C4,” preceding a subsequent split into different Camalot families (C3, X4, Ultralight, etc).

But for the next 15 years, not only did Black Diamond not touch the C4, they didn’t need to. Year after year, the C4s were consistently competitive, remaining the gold standard in American climbing. If you were climbing trad anytime in this century, chances are your rack held a few.

But after 15 years, even a perfect product warrants an update, to reflect and integrate the best modern technology has to offer. So now, in 2019, Black Diamond is finally throwing the cloak off a new Camalot C4. 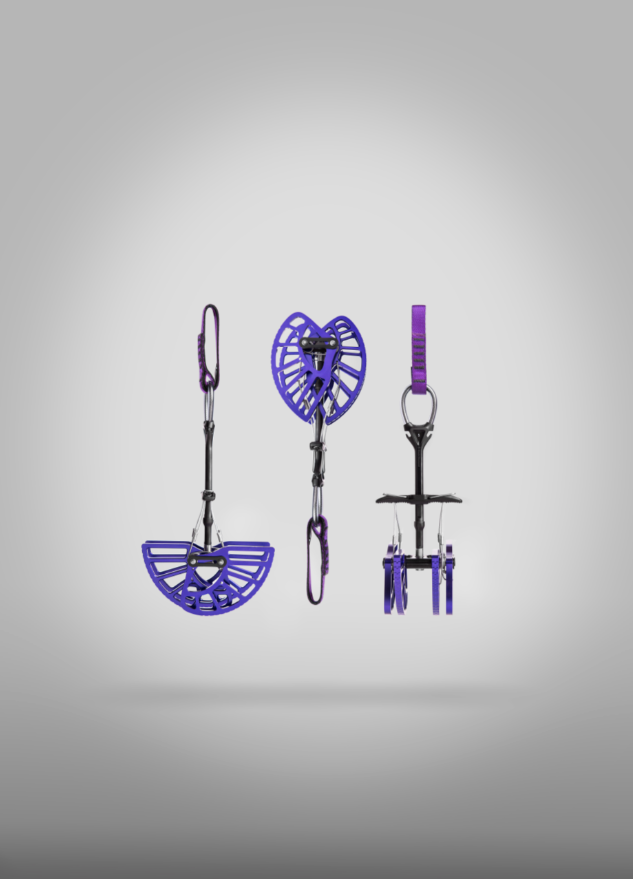 The Climbing Category Director at Black Diamond, Kolin Powick, spoke about the motivation behind the new C4. “We were looking to reduce weight and make them look more modern [among other things],” he said. “It was time to optimize after a 15 year run.”

Utilizing “finite element analysis” (computer simulation of stress and strain during loading), the design team was able to know where lobe material was excess, and cut it down. This resulted in a 10% weight reduction on the new C4. “We also gave the lobes some industrial design love, adding a new grid pattern, and varied the thickness of the plastic stem depending on the head weight of the unit,” said Powick. This varied thickness greatly reduces “bobblehead” syndrome, meaning the cam heads have equal flex regardless of the size of the cam.

As with any product, particularly one with an update so long coming, the new C4s went through a rigorous testing process. “The funniest part about testing these cams,” said Powick, “is the look on the young new graduate engineer (who is a climber) sitting at the tensile tester when you hand him a batch of 30 or 40 cams and tell him to test them all to destruction. You can almost see the tears well up in their eyes!”

The updated C4s also offer innovative “trigger keepers” on sizes #4, #5 and #6, which hold lobes retracted, significantly reducing rack clutter. Powick revealed that these trigger keepers were the direct result of a spontaneous move during product testing.

“One of our young designers is a core climber,” said Powick. “He was working on a desert project which needed several wide pieces, and was wanting a way to have the lobes retracted during climbing. He had a toy carabiner (Jivewire) on his desk, and thought he could use a Wiregate from a carabiner to hold the trigger retracted. So he mocked one up on a Friday afternoon, went down to the desert to try it out and boom – the trigger keeper was born.”

In addition to the reduced weight, varied stem thickness and the trigger keepers, the new C4s offer a widened trigger for better handling and shortened tack on the webbing, making the loops more flexible and open than before. The tag placement has also changed to the inside, behind the tack, preventing it from accidentally catching in biner gates when clipping. 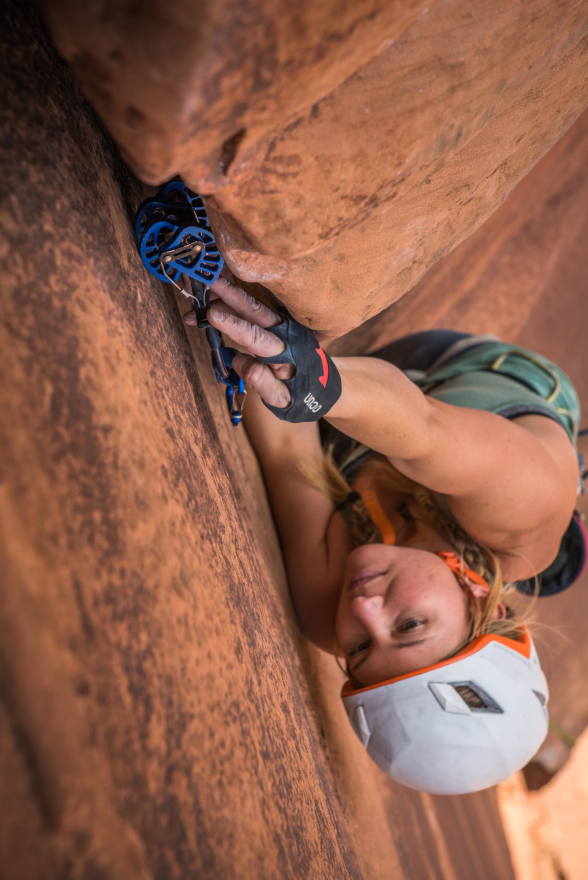 Back on Fruit Loops, I reached up to clip the rope into the C4 … and promptly peeled from the wall. I dropped a few feet and skinned my knee, then told Daniel and his laughter to go to hell. Then I climbed back up to the piece, clipped it, and sent the route. Unfortunately, the cute girl from the swim team did not respond to my text message. I heard the next day from a friend that she thought my nose was too big.

But I had sent my first trad lead with my Camalot C4s, and I felt pretty damn good. Now to scrounge up some cash and get these new ones…