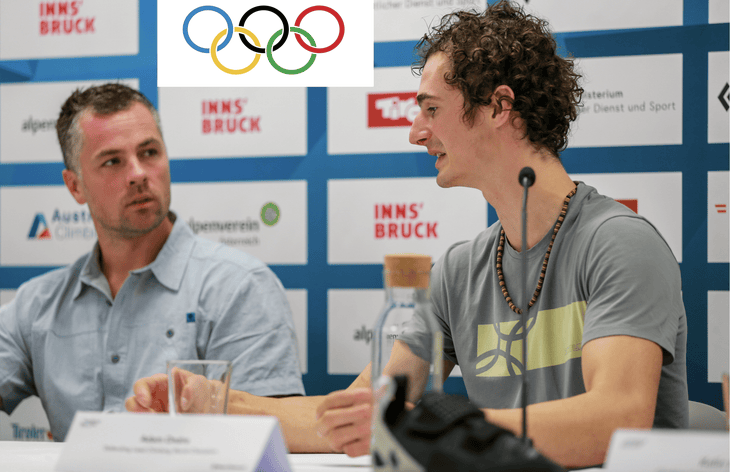 Rock and Ice Invited To Be Part of Olympic Climbing Panel

On September 14th, during the 2018 Innsbruck World Championships, a group of influential partners discussed climbing and the Olympics – what is needed, where are we now, where we need to be.

The panel, including Olympic committee, IFSC and media representatives, was organized and put together by Black Diamond.

Below are some highlights of the discussion. A full read and the link is below.

The life of professional climbers definitely changed a lot. For example, I haven’t had any social media until two years ago. My following has grown quite nicely since then. But I think definitely, the fact that climbing made it to the Olympics, made our sport itself much more seen in the mainstream media. And that has changed.

When I walk in my hometown only three years ago nobody could really recognize me. Now it’s quite tough. But it’s kind of a small price to pay to be able to live the dream and to be supported by the sponsors like Black Diamond to do what I really want. 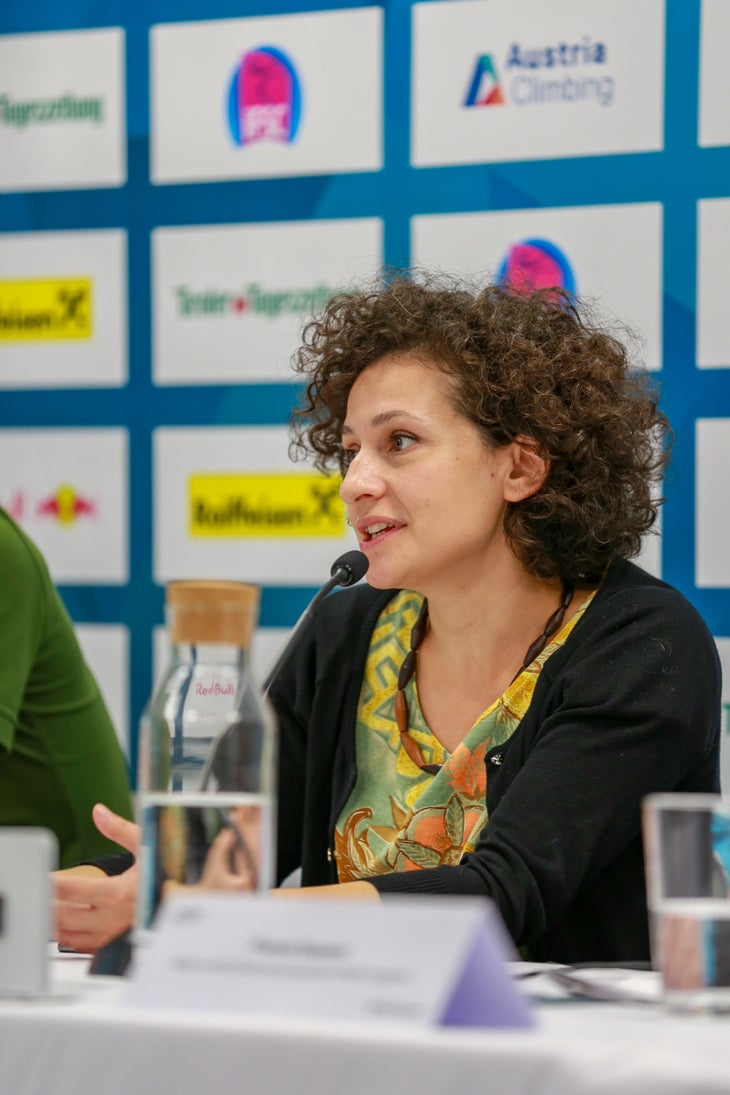 So part of my role is also to show and to present the sport in its core and it’s good values and make sure that those come across to the public, even those that turn on TV for the first time, see a competition, and see everything that is in this room and is in the community to make it as obvious as possible and show that it’s a good sport. 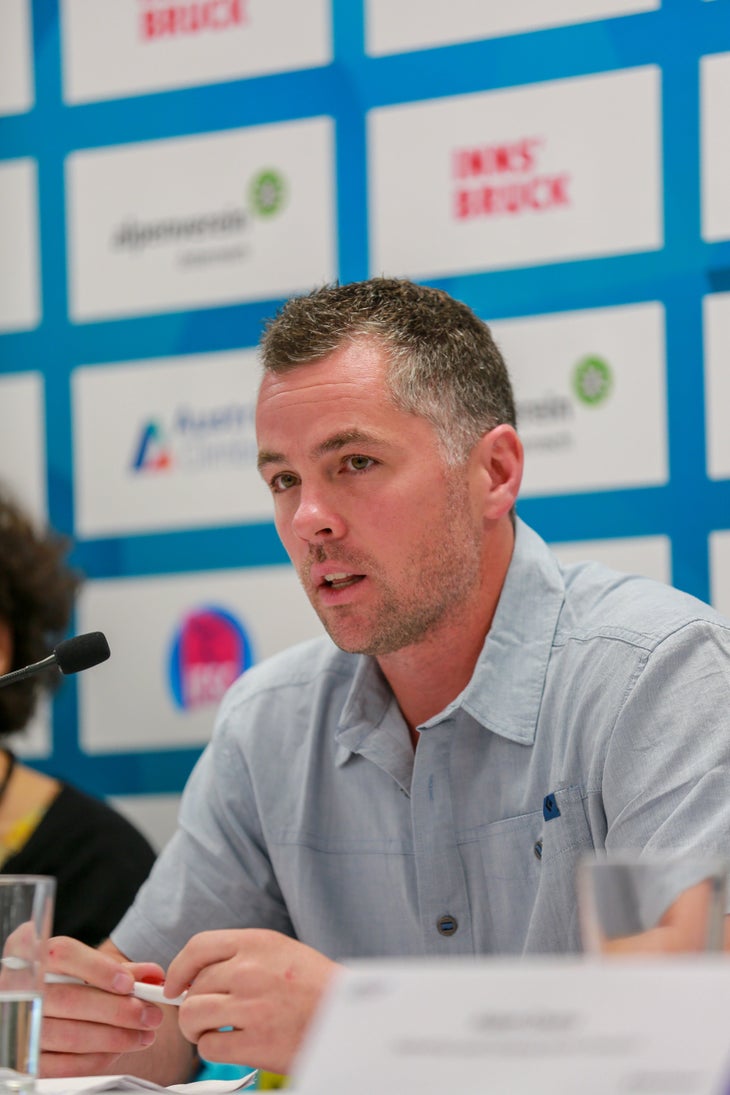 I think it’s really important this notion of, translating the event to the average consumer who are watching television. I don’t think we’re there yet actually. I think we need to do a better job, and I think what that means is we need to maybe coordinate better between the route setters, what they intended a route to be like, how they intend the moves to happen. Maybe a little bit of talking about what they think is going on in the climber’s mind as to why they’re making those decisions on a problem or something and explaining that to the audience. I know that there’s a simplicity but that’s simplicity of bouldering. It has a lot of complexity in the athlete.

And I think we need to find more sophisticated ways of talking about the whole package. Like, what the athlete’s strengths are, what that problem entails, what type of strength does that problem entail, why is that athlete not meeting that?
Of course, it’s really hard because, you know, like in American sports broadcasting, there’s half of a broadcast is like unpacking what’s happening. Like this is why the coach did that and they never said it. And I think we have a long place to go in terms of that in terms of making it ready because it is really complex and to just make it like high drama or like the spectacle of it, right? You know, the kind of parkour and it’s like amazing and that’s true. But sometimes the most amazing things are not like high flying triple dynos and stuff. Sometimes most amazing stuff is basically they turned that into an under cling and how they thought about it, figuring out a crack sequence when no one else could.

And it’s kind of funny because our sport, 25 years ago, there was the first World Championship in Innsbruck, so in 1993. And they broadcasted it as well. It took 25 years to really get into it to show them how beautiful it could be.

It was lot of negotiation because having a few hundred thousand euros being invested just for a broadcasting takes a lot of effort and that’s why I have to say it again. It is really important to get strong partners because running an event like that needs a lot of money and you also need the trust of your partners because they spend a lot and finally we are really lucky and happy that we get all the positive feedback that they say, “Okay. It was definitely worth it.” And that’s great. 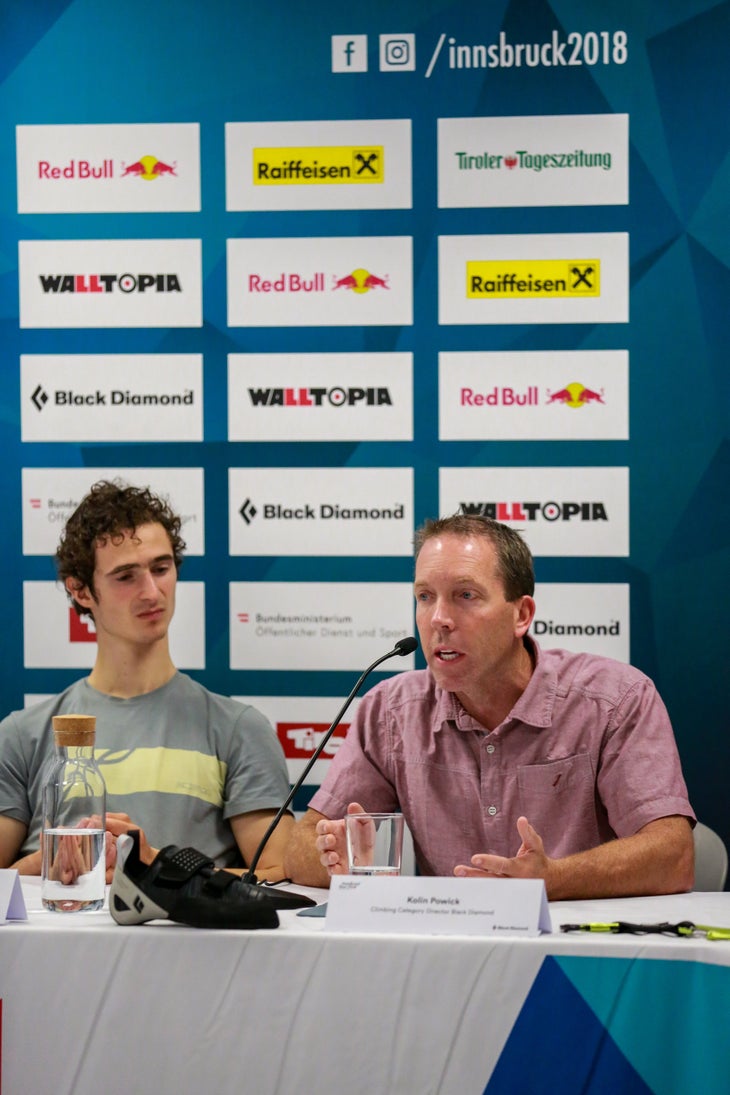 At the end of the day, the gym growing, the Olympics, all that, I think it will end up pushing some climbers outside, for sure. I don’t think you’re going to see a balanced growth because a lot of these gyms are in metropolitan areas where there’s not even any climbing around at all. But some of these gym climbers will go outside.

So what BD has to do or what we are doing to sum it up, is basically trying to educate these people. We’re making gear. We need to make the gear, I don’t want to say safer, because frankly, there’s nothing safe about climbing. The second you leave the ground, you’re in a dangerous situation. You could get killed just from a couple of feet. So we need to make the gear that is safe enough for these folks, but we need to educate these people how to use it. And that’s one of my personal fears, coming from the quality background of having all these uneducated climbers that are seeing it on TV or going in the gym and then taking it outside and not knowing what’s going on.

I had been out at a really popular outdoor crag where some young – this is a true story – some young gym climbers came up and they looked at the wall and they didn’t know that they had to bring quickdraws. Like they thought all the quickdraws were always everywhere because in the gym the quickdraws are always there. So they couldn’t climb because they didn’t have any quickdraws. So it’s an important matter and it’s not just on the manufacturers, it’s on everyone trying to educate these people because climbing is dangerous and we don’t want to have anybody get hurt out there. So that is one aspect that I think is on all of us.

Yeah, so first of all you need to understand that the IFSC represents the community. If you imagine a triangle on one side is the athletes, the other the brands, the other side there is the IFSC. The IFSC is composed of the national federations and is on the front line.

We’re representing sport climbing to an international sports movement and eventually the Olympic movement. And in front of that, we represent, but we also do have to answer the expectations of this world. And what we had to do in the past year was really to answer the demands from the media, from the Olympic movements, from the sponsor but at the same time we ensure that we are true in representing the sport climbing. And so it was — because the IFSC is 10/11 years old now – so it was a lot of work but it was constant discussion and trying to balance things. So sometimes we had a discussion with our event organizers, with the athletes. I will do this in demo of how we present the sport into the event.

Sometime they really compromised, sometime we say, “Okay. No, we stick to what we are.” So the IFSC evolution in the past year was valuable. Fine-tuning its products when you think about talking to the rest of the world and at the same time making sure that it truely represents the sport and its athletes and stays true to what we do. Not easy but let’s say so far so good.

And just one point regarding the gap, which I think reflects it is what’s interesting is that most of the time you see indoor climbers identify with the outdoor experience, even though they may not do it. Like, for instance, in the gym we have here a picture of Adam climbing outdoors and most of the people that see that may not climb outdoors. Right? And so it’s like when you see a coke commercial, someone drinking coke during a basketball game. That’s disgusting. And nobody really does that. But they’re selling the lifestyle, right? There is a disconnection in the lifestyle and the product, and I think gym climbers, especially in the States, they really identify with outdoor climbers. 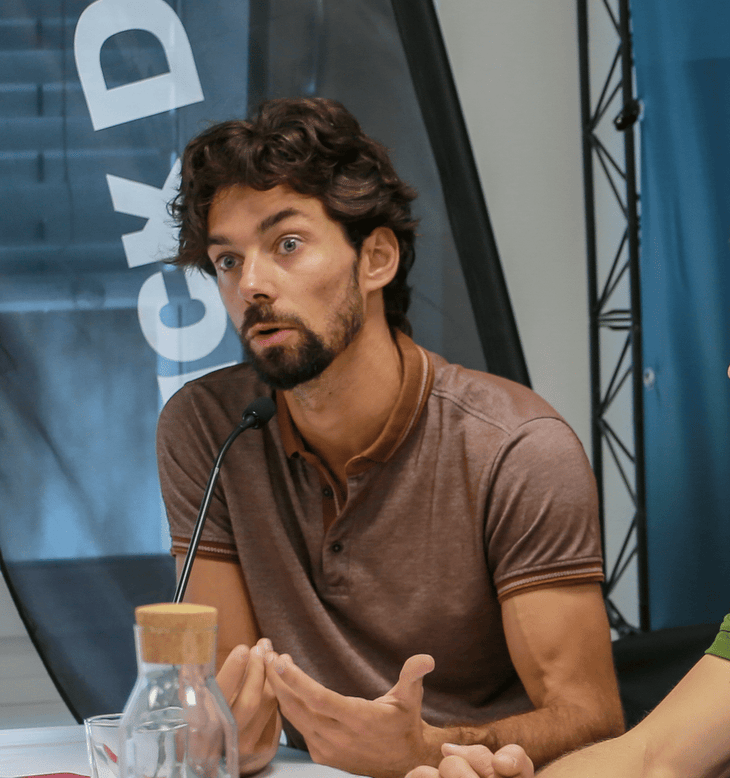 Jerome Meyer of the IFSC

I would like to go back to the route setting and the routes that yes, we should definitely consider to make the sport even more breathtaking and interesting and maybe shorter but at the same time stick to the values and the cores. So, definitely like in terms of lead, making it too much kind of like a speed climbing competition or in my point of view reducing the climbing time in the finals four to six minutes for certain walls is definitely a bad idea because you can’t really make a route which is hard and which will let you climb in your own style within six minutes because some of the walls are just simply too high.

And in my point of view, that’s just kind of a point where it’s just thinking that you have to make it short in order to make it dramatic and in the end you only just kill the drama because just watching somebody fall all of a sudden just climbing as fast as possible and just messing up and falling off too early is not nice to watch. 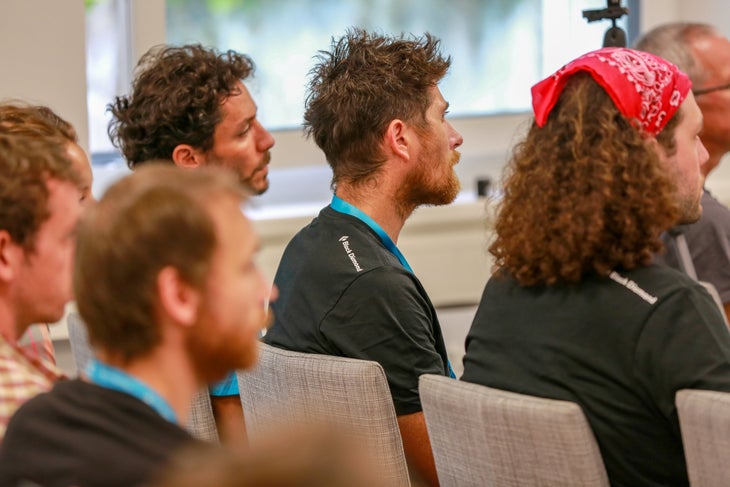 ***To read the full transcript of the panel discussion, CLICK HERE.