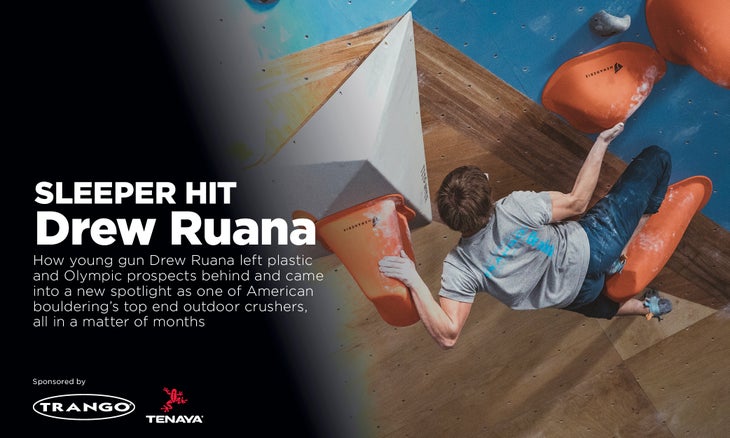 In Partnership with Trango and Tenaya

This October, 20-year-old Drew Ruana was tying in at the final IFSC World Cup of the season in Inzai, Japan. The stakes were astronomically high: a ticket to an Olympic qualifying event for Tokyo 2020.

One of America’s competition veterans, along with his three fellow Team USA members Nathaniel Coleman, Zach Galla, and Sean Bailey, Ruana was an Olympic prospect. The previous year, Ruana had finished at the 2018 Combined World Championships as the top American male. A competitor on the Youth circuit for nearly his entire life, Ruana had two 1st Place U.S. National Sport Championships and a 1st place U.S. National Bouldering Championship under his belt, among a slew of podiums and solid performances internationally. Ruana had scored a stout 13th place in the Combined World Championships earlier that year, only one slot behind Coleman, the top U.S. competitor.

“Going into Inzai I felt really good,” Ruana said. “I’d been busting my ass all year, avoiding climbing outside to prioritize training.”

Qualifiers went down handily, and Ruana was in peak form, one of the highest ranked overall climbers heading into semi-finals. As the last 2019 World Cup, Inzai determined invites to the Combined Invitationals in Toulouse. Failing that, only one opportunity remained for an American to secure an Olympic slot, the February Pan-Ams in Los Angeles. Everything was coming down to the wire. 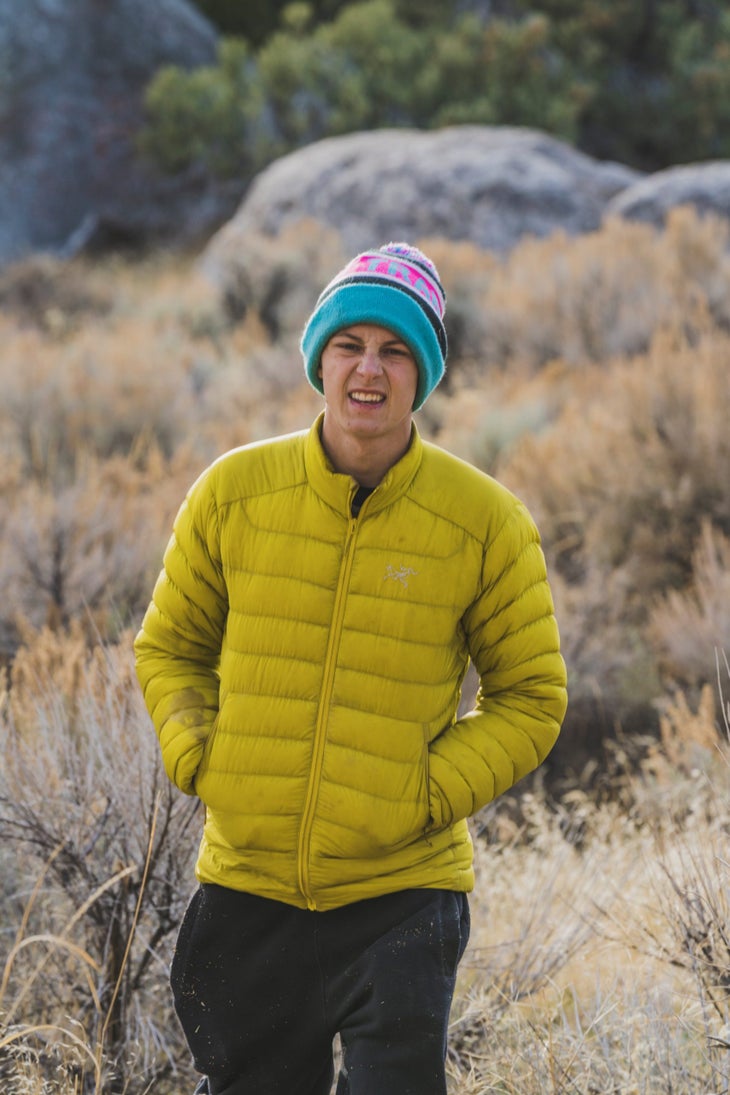 From Cradle to Crag

Rudolph “Drew” Ruana, who hails from Redmond, Washington, has spent as much of his life on rock and plastic as anyone. His father, a climber himself, first tied him in at age three. But he wasn’t just along for the ride, it was his own gig.

“My dad and mom never pushed me to climb,” Ruana said. “They just gave me the opportunities. All the motivation came from me, even as a little kid.”

It really became his passion when he was six. On a trip to Smith Rock, Oregon, Ruana got on a 5.6, and his dad told him he could keep all the quickdraws from the route if he got to the top. Ruana sent, scored the draws, “and from then on, I was truly stoked on climbing,” he said, laughing.

With six draws burning holes in his gear loops, he was pestering his parents to climb outdoors all the time. A couple years later, at age eight, he joined the local climbing team at Vertical World. The next ten years were spent competing in every Youth Nationals and in all three disciplines, Sport, Speed and Bouldering. Ruana was a competition fiend.

A lot had led up to Inzai, and he was locked and loaded.

Ruana charged into semis in Inzai, only to peel off the 10th hold of his route. He finished 21st in the competition, and as a result was a few spots off from an invite to Toulouse, one of the two remaining Olympic-qualifying events. Despite his blunder, Ruana ended with a seasonal Combined World Cup Ranking of 35th, the third highest-ranked American after Nathaniel Coleman and Sean Bailey at 24th and 25th, respectively.

Nevertheless, he had reached his epiphany. The mercurial nature of competition climbing, where onsight fortune can determine the difference between glory and failure in a split second, was not for him.

“I’ve never had a comp where I felt like my performance was the best I could’ve done,” he said. “Sometimes I’d win, sure, but I’ve never felt like I was ever able to give 100% effort. I’ve never walked away thinking I was able to throw everything I had at it.” Partially this is due to his own nature, Ruana said, admitting he doesn’t believe his mentality lends itself well to competition performance, but also due to the intrinsic nature of competitive climbing.

“Outdoors I can apply my strength over time, apply my training over time, and wait for the right moment, instead of having my moment forced upon me by a comp,” he said. So after Inzai, Ruana finally knew that outdoor bouldering, the planning, projecting, all building up for a single hard send, was how he wanted to spend his time moving forward. 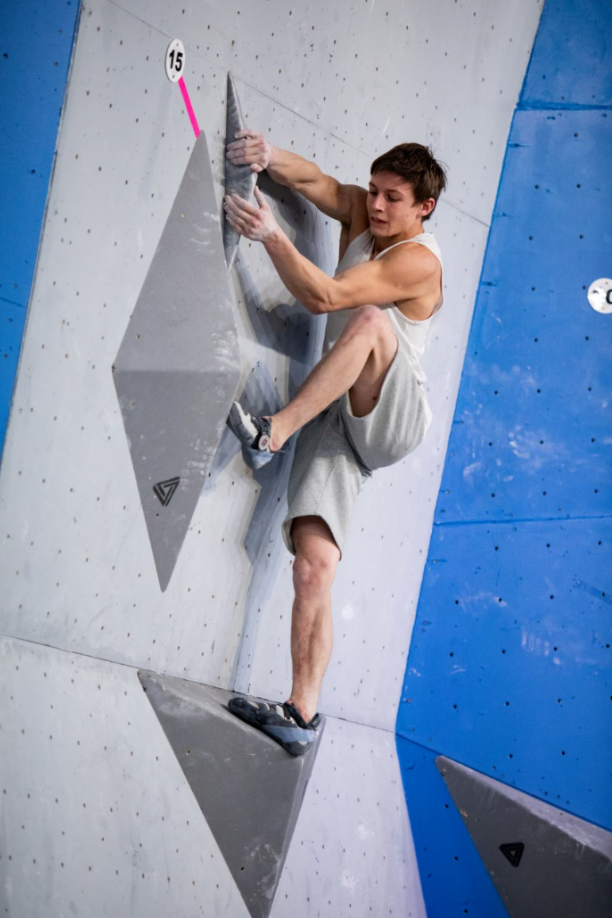 Although he was known outside of the comp scene for a first ascent of the hardest route in Smith Rock, Assassin (5.14d), which he did when he was 16, and two other 5.14ds, Le Cadre Nouvelle, in Céüse and Brave New World, in Washington, the same year, his outdoor bouldering list until the latter portion of 2019 was minimal, and included a lone V14, Bishop’s Direct North. “I’ve always liked outdoor climbing, but I’d never seriously projected stuff outside,” Ruana said. “I’d only spent maybe two days on a boulder.”

In the months since the Inzai World Cup, however, Ruana has turned on the jets, pumping his outdoor tick list to fourteen V14 boulders, six V15s, and a V16, Sleepwalker, as well as almost every V13, V12, and V11 he’s come across. His website’s bouldering tick list is starting to read like a lineup of America’s hardest problems. Sleepwalker, conquered by top American boulderer Jimmy Webb in 2018, also saw ascents by Daniel Woods and Nalle Hukkataival, two of the best boulderers in the world, and Griffin Whiteside, an under-the-radar American crusher. Woods has first ascents on over a dozen V15+ climbs and ticks of nearly 30. Hukkataival was the first climber in history to bag a proposed V17, Burden of Dreams in Lappnor, Finland, and has sent almost 30 boulders at V15 and harder as well.

But Ruana hasn’t just joined the ranks of these bouldering giants, he has taken the all or nothing mentality of a competition climber into his outdoor bouldering, to boot. A surprising number of his sends were in only a few attempts. A recent V15, Paint It Black, went down in a single session. Only a few in the world can pull that off. 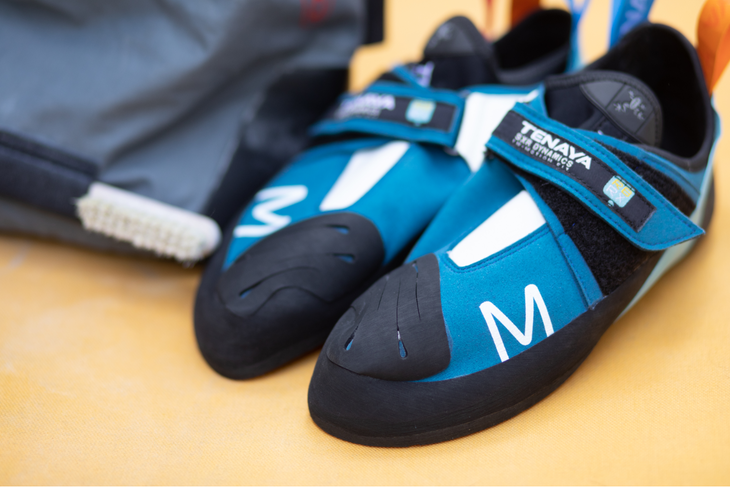 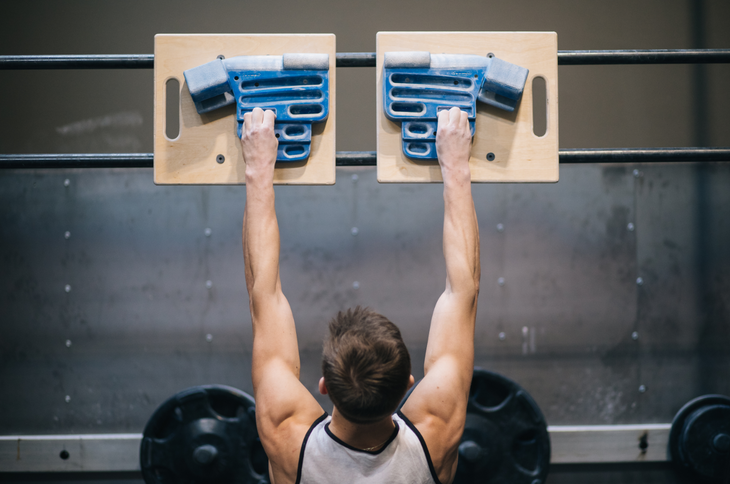 While he has been climbing outdoors his whole life, save for a few ticks like Assassin, Ruana’s merits in the climbing world until now have come almost exclusively from competitions. It’s questionable if anyone has made the switch from high-end competitor to nails hard outdoor projector in such a short amount of time, but Ruana simply sees it as a matter of reapplying his years of training for indoor competitions to hard boulders outside.

“I had to switch from the comp mentality of ‘I’m going to try to do this as fast as I can,’ to the outdoor one of, ‘This problem could be possible… I just have to work it into the ground,’” he said.

But switching gears hasn’t been as hard for Ruana as one might think. The tireless work ethic built from years of competitive climbing, days and days in the gym, primed him for transformation into a dauntless projector outside. Ruana is clear that he always enjoyed climbing outside more, but never saw reason to make it a priority until now. “I’ve been in a routine of training for adult competitions since I was 16,” he said, “so I just felt like I should continue competing on the circuit. When I started doing better in the comps, it made it easier to focus on comps for longer.” The removal of the temptation of the Olympics, however, allowed him to get down to doing what he’d always wanted to do outside.

“Sure, there’s a lot of beta for outside climbing that I didn’t think of before,” he said, “like taking care of skin, checking weather, that sort of thing. I bought a fan that I carry out to the boulders to keep the holds dry. That stuff is all new, but I don’t necessarily feel any stronger than before. I just had to learn to apply my strength in a different way.” 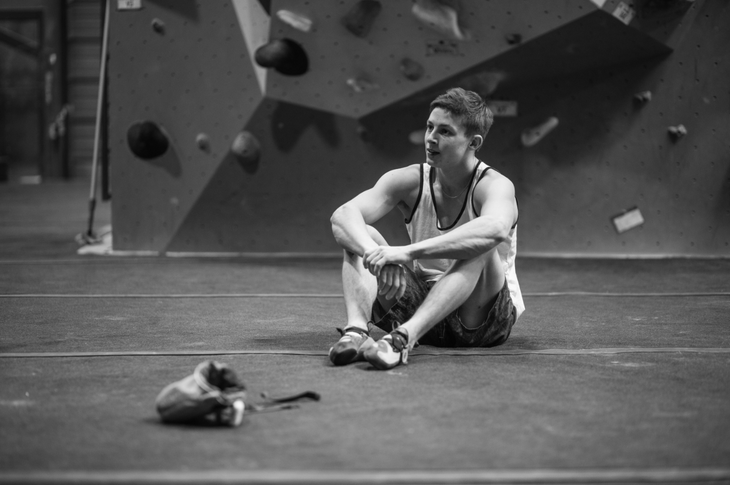 Ruana’s confidence has manifested in a bold, aggressive style. He has taken down over 80 V12+ climbs, almost all in the last six months. A film released last fall, Three Days in Joe’s, chronicles Ruana crushing 18 of Joe’s Valley’s hardest boulders in three days. He knocks down over half of them in under three attempts. Ruana is also aware of his limits and abilities, and isn’t gun shy about sticking it out there. He confidently upticked his hardest send (at the time), the James Litz testpiece Insurgency in Joe’s, from V14 to V14/15 last fall. “James is just a freak,” he said. “He’s super strong. I didn’t really know beforehand, but after doing more 15s I’m super confident that thing is a V15.” He later tagged an FA of a V15 open project, Pegasus, also in Joe’s.

Unsurprisingly, the 20-year-old says his proudest moment in climbing isn’t any competition win, but his send of Sleepwalker (V16) in Red Rocks, Nevada. Even his V15 FA didn’t come close. “Sleepwalker is just the best boulder I’ve ever climbed,” he said. Ruana worked the problem meticulously top down, adding a single move to his linkup every session. “Every sesion I made a tiny bit of progress. I got a bit of microdata, did one extra move into the crux or stuck the crux more evenly,” he said. His prep also included watching the Mellow videos of Webb and Woods on the boulder at least five times a day for a month leading up to the send. 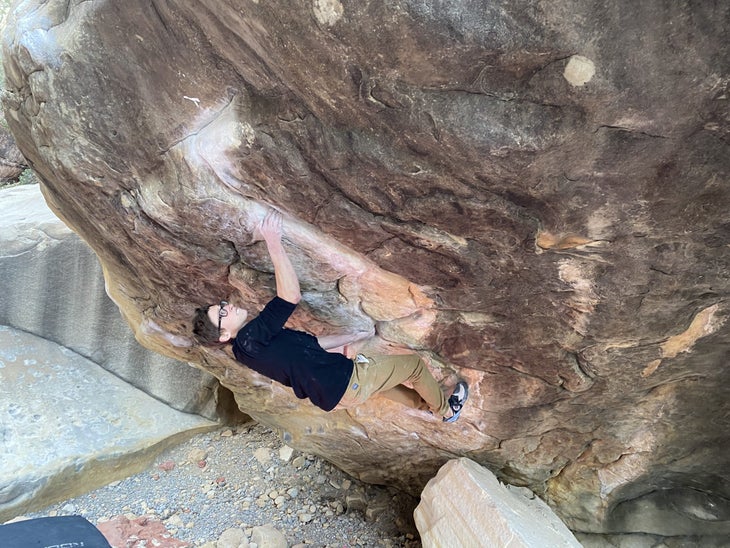 “I knew all the holds, all the body positions, all the beta,” he said. “I didn’t feel much pressure though. It still seemed out of reach at V16.” Soon though, the moves started to come together, falling one at a time. By the time Sleepwalker finally went down, Ruana’s careful projecting resulted in final send footage that looks more akin to someone climbing a V5 than a V16.

Ruana has no interest in returning to the competition scene anytime soon. For now, it’s all rock. Hoping to study engineering eventually, he deferred for a year at Colorado School of Mines and recently moved to Salt Lake City to focus on climbing full time. He expressed little desire to return to sport climbing or any other discipline. Highballs also hold scant attraction for Ruana. Climbs like The Process (V16) in Bishop, with a crux at 20 feet, cause him to grow leery. “I’d just feel really shitty if I broke my ankle on that and couldn’t climb for the next few months,” he explained.

In a lot of ways, he comes off as a typical 20-something climber. He looks up to Ondra and Megos, Woods and Webb. He hopes to boulder in Rocklands someday. He says “like” a lot. He doesn’t soundtrack his boulder vids with the music he usually listens to because “it’d be too vulgar.” Perhaps what makes him remarkable is the extreme level of focus he applies to his climbing. Ruana doesn’t just train hard and try to climb hard. He approaches every outdoor bouldering session with a comp climber’s “game day” mentality. He wants to send as many hard boulders as his body will allow, in as few tries as possible, all the time. Following Ruana’s exploits gives off the impression of watching someone who’s been smothered come up for air, taking down boulders in massive, rapid gasps.

When I asked him what he was into besides climbing, Ruana was a bit stumped. “I don’t know,” he said, laughing. “I’m either in the gym or I’m outside, or I’m driving to a zone to check out some boulders.” Perhaps then, it’s no wonder I’ve had to update this profile five times while writing it, as Ruana seems to add a new V15 or 14 send to his resumé almost every few days.