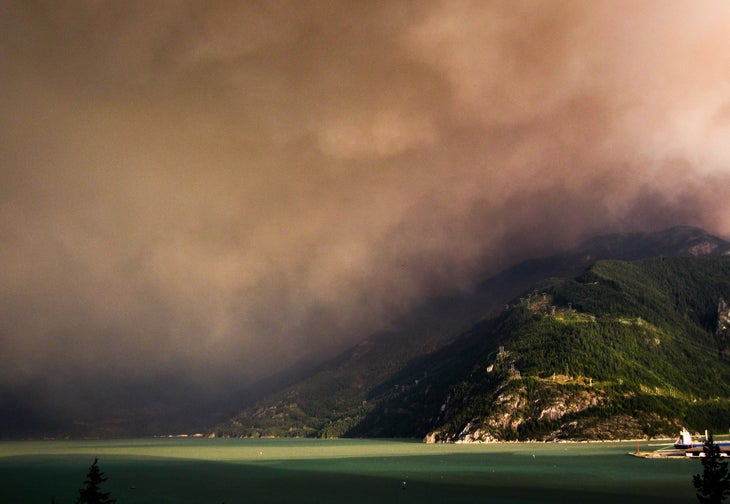 Smoke from interior wildfires settles along the coast into Squamish Valley.

Article and photographs by Mara Johnson-Groh

Mara Johnson-Groh is a science writer and photographer with a Masters Degree in astronomy and a Bachelors Degree in physics. Her work has been featured by NASA, Scientific American and Astronomy Magazine, among others.

Last summer brought months of bluebird skies to the normally soggy Pacific Northwest. While the lack of rain created endless back-to-back days of climbing, it had other consequences as well.

One August morning, while visiting Squamish, British Columbia, I woke to find I could barely make out the summit of the Stawamus Chief Mountain, 2,297 feet overhead behind a veil of thick smoke. For a week the smoke hung in the valley, tinting the lush green landscape a rosy red. The air quality was bad enough to invoke public-health risk advisories—not that it stopped us from climbing. While we on the coast were safe from the flames, further inland over a thousand wildfires roared across the province. Ultimately, wildfires in British Columbia burned a record 3 million acres by mid-September.

Wildfires sprouted in forest and rangeland throughout the West this year, burning over 8.8 million acres across the United States. With increased temperatures and changing rainfall patterns, we’re rewriting a new normal for fire seasons. Since the number of lightning strikes increases with temperature, and drought continues to plague the West, experts predict we’ll only see more wildfires in the coming years.

As rock climbers, we may feel our playgrounds—unlike those of mountaineers and ice climbers, who are already seeing effects—are mostly impervious to climate change. However, the environments we’re climbing in are changing. Here are a few effects we may see in the coming decades. 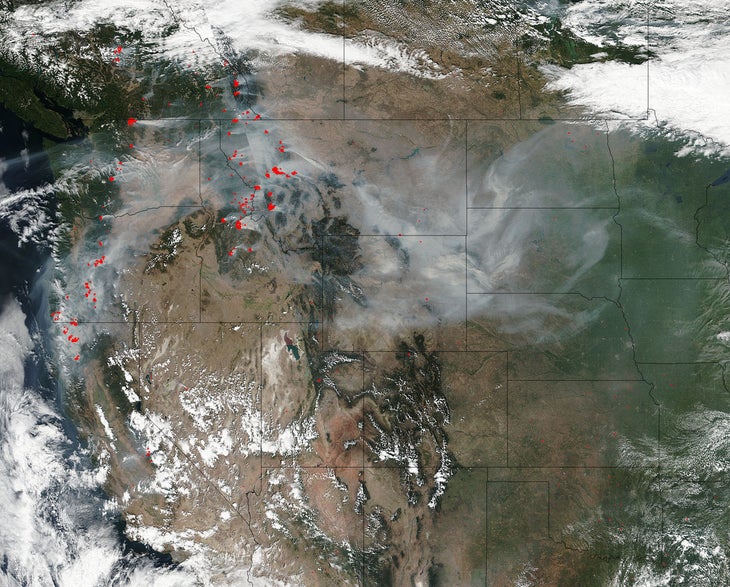 In this satellite image from September 4, 2017, wispy smoke clouds can be seen blowing away from active wildfires, outlined in red. Credit: NASA/Jeff Schmaltz LANCE/EOSDIS MODIS

The ice caps are melting. And that melt water is raising shorelines around the world. While the change in sea level isn’t enough to transform somewhere like Tonsai Beach, Thailand, into Atlantis, it would certainly alter accessibility. Some scientists who model sea-level rise predict that an increase in the global average of just 4 degrees C / 7.2 degrees F—which is predicted by the end of the century—could raise high tides by as much as 29 feet, turning some beach sport crags into deep-water solo areas. Conservative models estimate that, given current emission trends, we’re on track to see ocean levels rise by around seven feet by mid-century—so you could still reach some beach crags in Thailand, as long as you pack your waders.

While limestone walls across Southeast Asia would remain above tideline, tropical bouldering paradises will fare worse. Models predict newly developed low-lying bouldering on Virgin Gorda may become submerged, along with the homes of hundreds of thousands of people across the Caribbean. 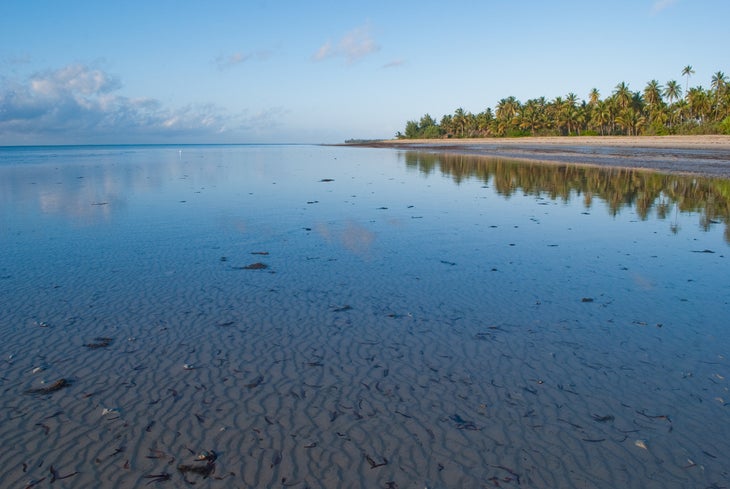 In late fall, climbers congregate in Yosemite Valley hoping to take advantage of prime weather conditions as autumn pulls in cooler temperatures. As average temperatures in California continue to rise—one report predicts Yosemite to be an average of 7.6 degrees F warmer by the end of the century—the onset of the climbing season would creep toward later in the year. Joshua Tree National Park is expected to experience the same warming, a change that could have a dramatic effect on the park: Joshua trees, whose seeds require freezing temperatures, might disappear entirely.

Warmer temperatures don’t necessarily mean milder winters, either. Changing weather patterns in the Arctic are pushing more freezing air south in the winter. Severe winters in Europe are twice as common as in previous decades, so don’t count on a warm winter escape to Spain’s Catalunya. 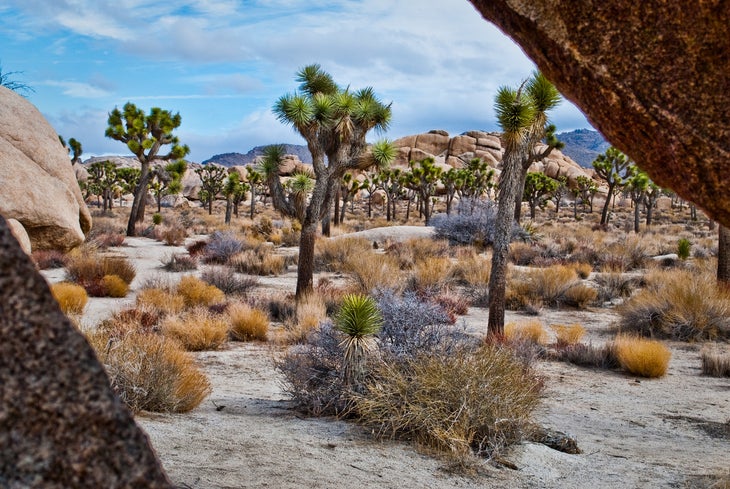 The iconic Joshua trees may disappear if temperatures continue to rise.

In this new climate era, one-hundred-year floods and long-term droughts are replacing stable weather patterns across continents. Australia has been particularly parched in recent years, and the famed climbing area of the Grampians is no exception. While dry conditions may be good for climbing, the lack of rain could be disastrous for the ecosystem. Small-mammal populations in Grampians National Park are struggling, and if the droughts continue, entire species may be lost. In the future, the Grampians’ lush ecosystem could be replaced with an arid landscape.

Hotter temperatures at sea mean hurricanes and tsunamis will become stronger, an effect already seen this year in Puerto Rico, where Hurricane Maria was the fifth-strongest storm ever to hit the United States. Conversely, monsoons in southern India are weakening as temperatures increase, and the climbing season in Hampi may shift to follow dry times. 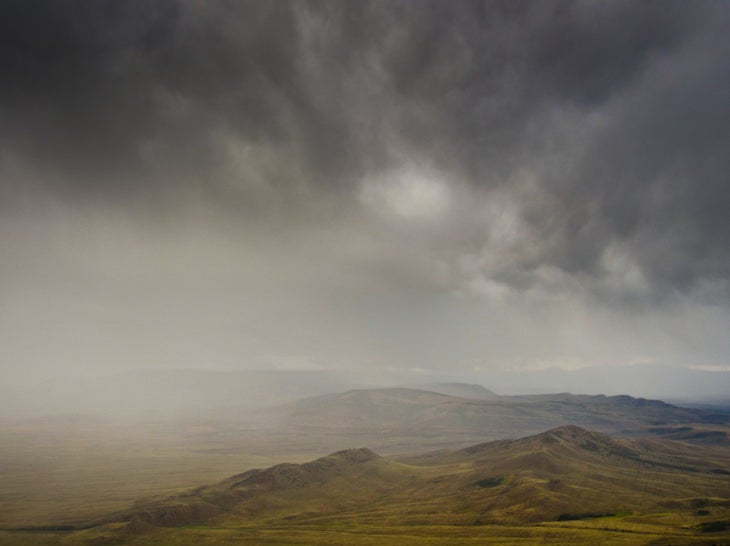 Intense periods of drought, punctured by heavy storms are likely to become the new normal.

While the models underlying these predictions have many variables, one thing is sure: climate is changing worldwide. Because the complexity of climate complicates forecasting, rock climbing in a century might look radically different than described here. But we can say for certain that if carbon emissions remain unchecked, our favorite climbing destinations will be different in the coming decades. And of course, those most affected by these changes are the people who live there—those whose livelihoods depend on the rainfall for their crops or whose homes sit just above sea level. Although sometimes our lives revolve around it, climbing is only one drop in the bucket of things that will change in the new world.