This photo is by Robert Exertier and is a screenshot from THIS VIDEO “Snowbird!” he said with delight.

I knew that face. That waving, sunlit wheatfield of hair. Who didn’t? Patrick Edlinger was strolling along the broad and grassy top of the high crag near
Gap, France. Mike and I had just finished a several-pitch route—a 5.12a that was, typically for the cliff, sustained and with spaced gear (in
fear, I’d hung)—at the grand cliff of Céüse, central France.

The friendly exclamation was occasioned by my head. Headgear. In the slamming sunshine, I was wearing a white baseball cap (actually a visor, though I can hardly bear to admit it, ever since Jonathan Thesenga derided those as “Climbing Deal Breakers”), with a Snowbird insignia.

Our faces lit up. Practically capering, Mike and I told Edlinger we’d been there when he won the first climbing World Cup in the United States, the only entrant to go over what then seemed a gargantuan overhang up on the side of the Cliff Lodge, Snowbird Ski Resort, Utah. It was Edlinger’s biggest win during what turned out to have been a surprisingly short competition career.

I know that only because I have just been reading a beautifully written retrospective feature on Edlinger, who died suddenly a year and a half ago at only 52. The story, to run in our next issue, is by the English climber/author Ed Douglas, who several years ago brought us a haunting feature on Kurt Albert.

It’s hard to overstate Edlinger’s importance to the sport. Films of him climbing and soloing in Buoux and the Verdon, especially one in 1982 showing a moment where he, ropeless, pauses on a roof to hang by one hand and chalk up, took his image worldwide.

I remember seeing a young male American climber or two at the time, thankfully roped, suddenly hanging by one hand to chalk up, especially in the presence of a camera. 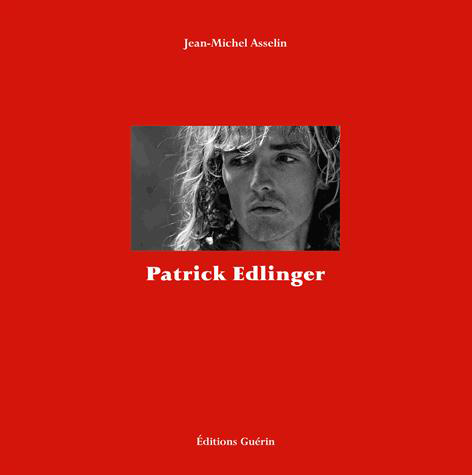 Edlinger was an ideal candidate for film, because he had a particularly beautiful style of climbing. And was himself a lanky beauty. The tousled hair helped,
too.

His presence helped popularize and legitimize sport climbing, ushering in the inspired and youthful masses. But he not only did the hardest sport climbs of his time, he climbed everything: from mountain routes in the Alps to many trad and desert routes, as well as hard boulder problems, with repeated visits to the United States.

This week I have perused many photos of him, especially those in the 300-page biography Patrick Edlinger (Guérin Editions) by Jean-Michel Asselin,
with whom Edlinger worked right up to his sudden, unexpected death.

I was struck by how few of the images show Edlinger smiling.

Patrick seemed well-liked in America after his visits, and while here he caused a sensation, both by doing the hardest routes quickly and through his persona and retinue—traveling with a personal photographer and dazzling girlfriend. He was downright otherworldly. He remains, especially here, enigmatic.

In his own country, Edlinger was separated geographically from many others of the top climbers, and he shot so high so fast into the firmament that it was perhaps bound to create rivalry. His nicknames Le Blond—and Dieu (God)—weren’t always intended too nicely, and his brooding photos
probably didn’t help. In them he can look too soulful. Self-conscious. But the era, of the first climbing professionalism, was redolent with photo-readiness, especially among the open-minded Europeans. And Edlinger’s image blew up when he was only 24.

“Your stardom overwhelmed you,” Antoine Le Ménestrel wrote on ukclimbing.com upon Edlinger’s death. “You were sensitive, and I admire your courage.”

Ed Douglas’s piece explores both Edlinger’s great and richly varied climbing career, and eventual isolation and depression. When the early reports came
out about Edlinger’s sudden death, many thought it was suicide. 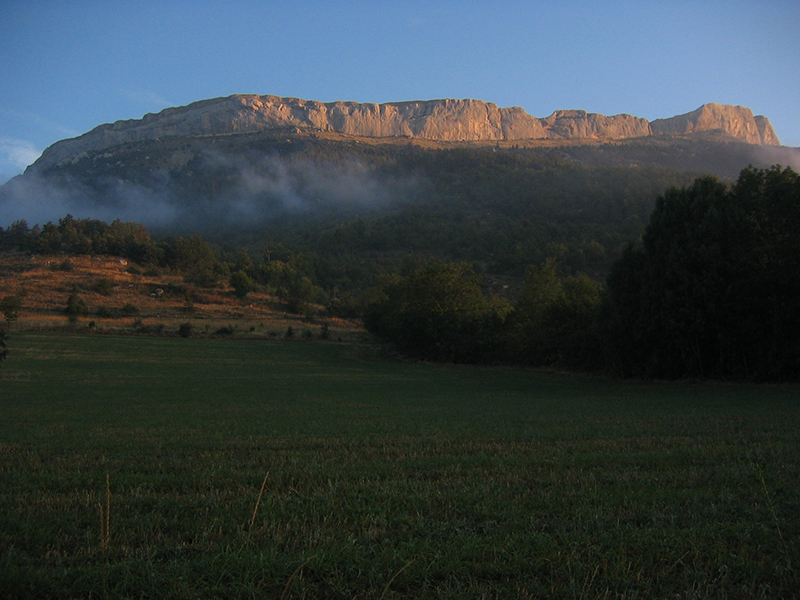 When any life ends early and sadly, you wonder if, and hope, it was meaningful.

Patrick had a multitude of successes, but I think of Céüse, to which he turned his attention as he segued out of competitions, as one of the best. For all the adulation Edlinger received, as Marc Le Ménestrel wrote on ukclimbing.com, he was dismayed when the two of them went climbing at Fontainebleau and immediately attracted 30 watchers. “Patrick, who hated it (he enjoyed quietness),” Marc wrote, “tried to be as discreet as possible.”

Edlinger put up line upon line at Céüse, made it a destination, created and bequeathed exhilaration and athleticism in that quiet, windy setting at the
end of an hour-long uphill hike. Many climbers have called it the most beautiful crag in the world. I think of it as a monument.

While many of Edlinger’s ascents in Europe are recorded and will be cited in our feature, information on his climbs in the United States is harder to come
by; below is a draft compilation. Please make any corrections or add any information. Readers out there will surely have gems of knowledge.

Edlinger always liked the United States, and he made many trips here. He especially loved Hueco Tanks.

In an obituary in Gripped, Timy Fairfield listed free soloes of the Naked Edge in Eldo and Asteroid Crack at Joshua Tree among Edlinger’s climbs. In correspondence, Fairfield recalls that he received the Naked Edge info from the now-deceased Charlie Fowler. If either or both of these soloes occurred, does anyone know when?

Edlinger did an early double-dyno boulder problem in Joshua Tree in 1985. Anyone know its name?

This clip is the classic newscast on the 1988 World Cup at Snowbird, Utah. Patrick Edlinger appears at 1:15. Also see Christian Griffith at 1:18, Ron Kauk—taking a mondo fall—at 1:21, and Marc Le Ménestrel in an awful one at 1:29. A teenage Scott Franklin focuses, 2:46. The big daddy fall of all is by
Dan Goodwin in the last seconds of the clip, at 5:00. Consider it a bonus Weekend Whipper, on Tuesday.