Exactly twice a year, the earth’s tilt aligns perfectly with the sun, and for one 24-hour period, day and night are equal
lengths. People run about trying to balance eggs and brooms on end, and wax poetic about the return to balance.

Well, much like the equinox, a similar, startling shift occurs within the entire outdoor industry. Twice a year, once in winter and again in the summer,
the majority of America’s outdoor industry professionals gather in a concrete-walled building in Salt Lake City, and convene at what is called the
Outdoor Industry Retailer Trade Show. At “the show,” the entire Salt Palace Convention Center is filled to the brim with new “revolutionary” outdoor
gear, and although I didn’t see anyone balance an egg on its end, I definitely heard a hefty earful about new climbing gear. So while the balance of
the outdoor industry returns to the earth this week, I’d like to give Rock and Ice readers a heads-up on a few pieces of climbing gear that
were born (or reborn) at this summer’s OR Trade Show and will be available in the spring of 2014. 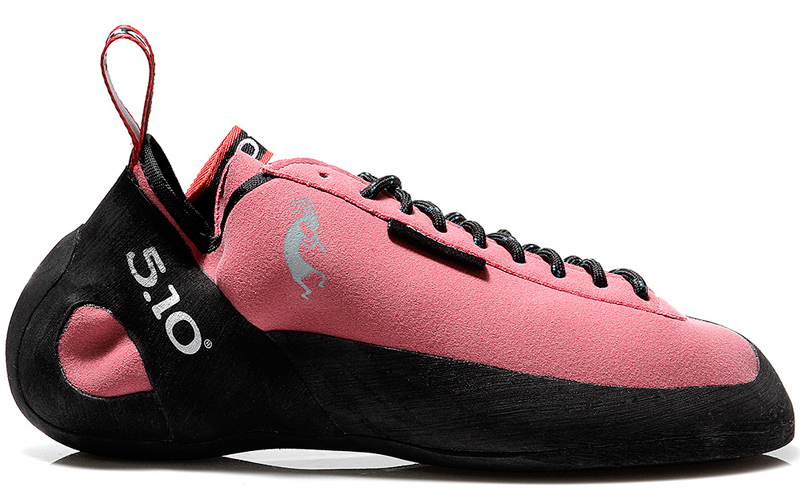 When Leo Houlding sent The Prophet—his death-defying 5.13d R route on the southeast buttress of El Cap—he needed a secret weapon.
And the arrow in Houlding’s quiver was a pair of old, but hardly used Pinkies, which Houlding had been saving for the send of a lifetime. The reason
Houlding had been hoarding this particular pair of shoes, however, was the fact that Five Ten had quit manufacturing the precise edging shoe. But now,
new for spring 2014, the Pinkies are back. However, the shoes old “Achilles’ heel,” which coincidentally was the bulging, unfitting heel cup of the
old model, has been redesigned to actually fit and not poke out or fold in like they used to. While being shown a prototype of the shoe at the Trade
Show, a Five-Ten representative explained that upon hearing of the Pinkies’ resurrection, Sonnie Trotter—who famously redpointed the Cobra Crack (5.14) in a pair of these bad boys—wrote the company and expressed his joy as if “he had been reunited with an old girlfriend.” “It almost made
me cry,” said the rep. 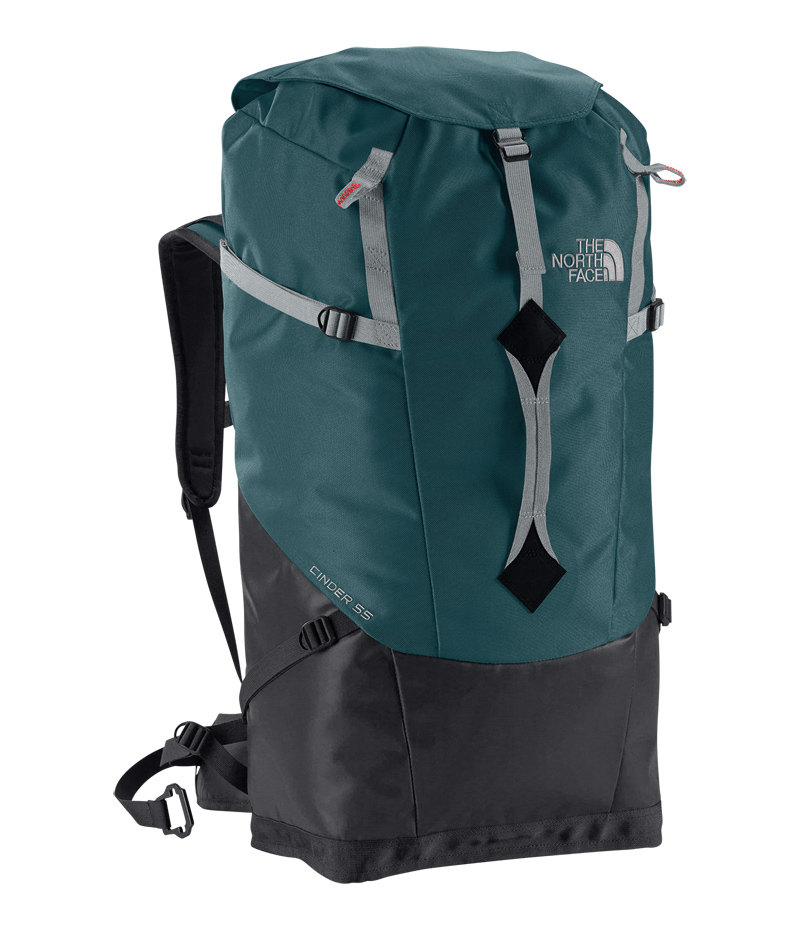 You may often hear the phrase, “they don’t make em’ like they used to.” Well now, The North Face does. Inspired by the original TNF Dumpster pack, the
new Cinder is exactly what legendary climber Peter Croft wanted. Working with Austin Robbs—a young climber from North Carolina who learned the
art of sewing as a teenager from his mother who made flags as a side business—Croft tested prototype after prototype, and insisted on three things:
simplicity, durability and that the pack stand upright on the ground when empty (much like a haul-bag). The Cinder, which comes in a 32, 40 and 55-liter
size, has a timeless design with updated details such as the buckles being made of metal instead of plastic. This pack has been tested and approved
by climbing heavyweights Alex Honnold, Renan Ozturk and Conrad Anker. 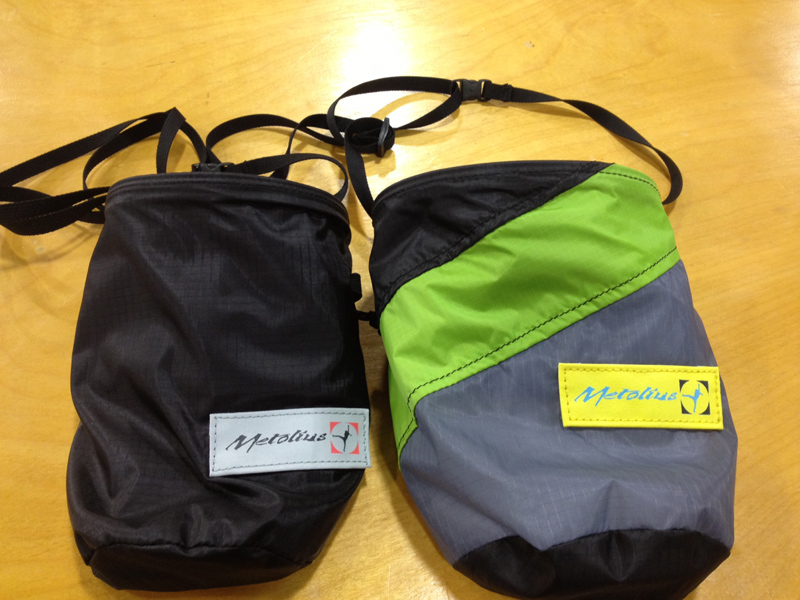 How often do you hear about the grams shaved from quickdraws, biners, harnesses, and helmets and then witness those same lightweight components paired
with a heavy-duty, fluff filled chalk bag? Finally, the Metolius team has noticed the irony and taken action. Manufacturing a new chalk bag that weighs
30 grams (up to 70 percent lighter than standard chalk bags), Metolius has now made it possible to shave the precious grams from your rock climbing
kit without having to buy expensive new hardware. Genius! 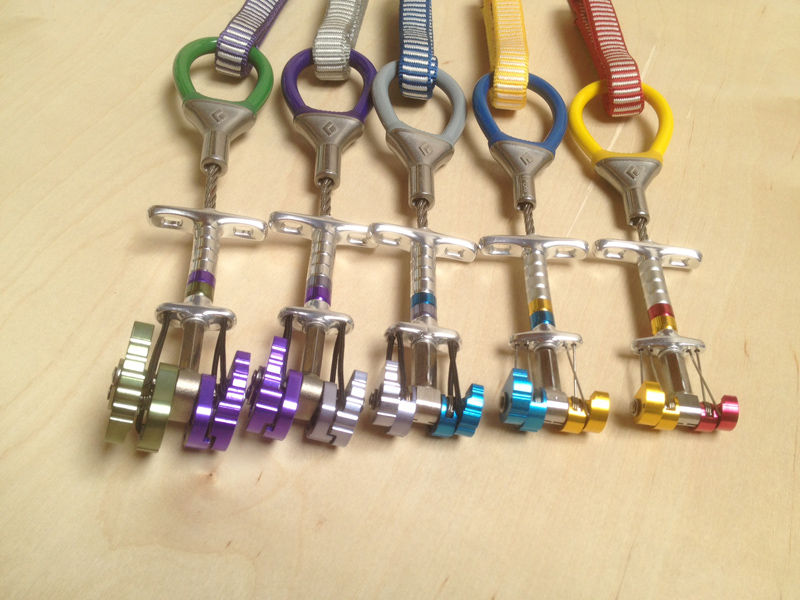 The Camalot has become a fixture on the protection circuit, and just this year Black Diamond introduced the X4 series, which features a flexible, yet armored
single-stem design [See Field Tested, Rock and Ice No. 211]. Now, Black Diamond has added a few siblings to the line by introducing the X4
offset cams. These specialized pieces will fill out the holes (pun intended) in your rack by giving you the option of plugging those pesky flairs and
pin scars. The offsets will be available in the following sizes: .1/.2, .2/.3, .3/.4, .4/.5, .5/.75. 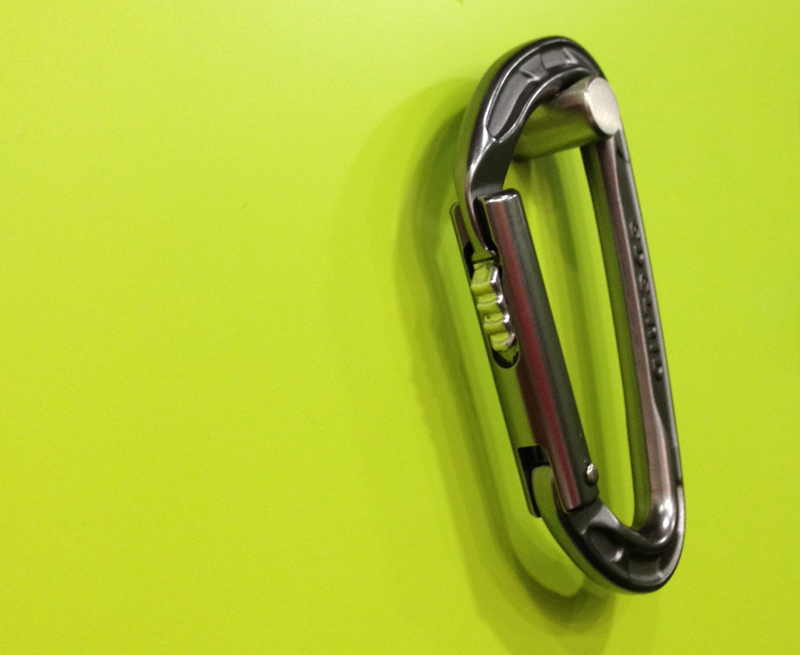 The German climbing gear manufacturer Edelrid has produced what will likely be the lightest locking carabiner on the market. At just 42 grams, this biner
has a sliding, spring-loaded, locking mechanism on the gate, which is actually possible to operate with one hand while clipping, making it valuable
as both an anchor tool as well as a locking, clipping biner used as part of a running belay. The Pure Slider locker will surely be a go-to piece of
gear for the gram-conscious alpine climber tired of heavy 60-gram, screwgate lockers.