“In the beginner’s mind there are many possibilities, in the expert’s mind, there are few.” —Shunryu Suzuki, Zen Mind, Beginner’s Mind. 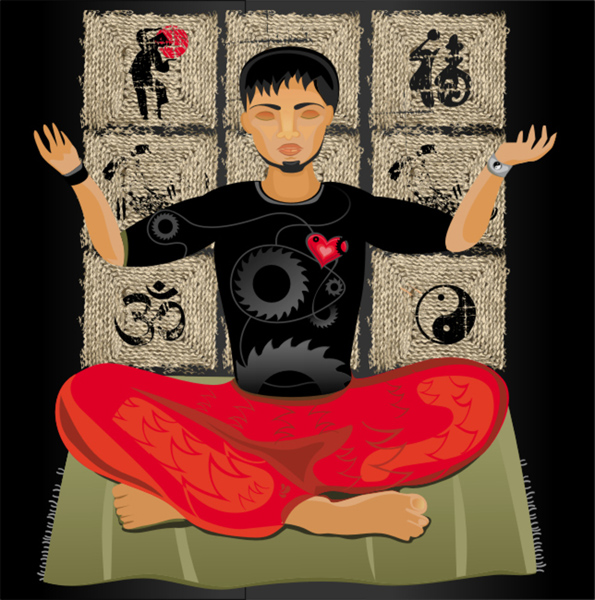 Ah…spring is here! And with the thaw of winter, climbers in my neck of the woods (the Colorado Rockies) return to the rock like newborn
babes. At least I do. With soft skin, flabby muscles and a wobbly head, I’ll crawl out from the dark cave of winter a born-again gumby.

In the past I have tried to fight this seasonal return to gumbyness by pulling plastic through the dark months—but somehow climbing in the gym never
seems to pay off. I’ll either return to the rock with fingers and elbows as weak as wet sandstone, or I’ll simply be depleted of any motivation to climb
once the spring returns.

For me, fighting the spring re-birthing process seems as fruitless as trying to explain to your mom why your recent V8 boulder problem was such an amazing
breakthrough in your life. “You see, I had been falling at this gnarly cross-through to a little half-moon crimp-pocket, but I finally found this thumbercling
for my left hand that held me in just enough!”

But this spring, I believe I have found the key to early season success. Maybe I shouldn’t fight the return to becoming an early-season gumby. Maybe I
should embrace the seasonal change that forces climbers like me into a humbling yet open-minded state.

I’m starting to believe that returning to the rock as a shaky, less confident, but expectation-less climber should not be a negative experience. In fact,
the beginner’s mind acquired from the forced break from climbing is perhaps the mindset I should be striving for all season!

Seeing the world of climbing through fish-eyed gumby goggles might just be an equivalent to the long sought-after Zen state of mind known as Shoshin. Shoshin,
or the “beginner’s mind” is a philosophy that praises the openness with which a beginner approaches zazen, ritual, or even life itself. In the 1970
spiritual classic Zen Mind, Beginner’s Mind, Shunryu Suzuki writes, “In the beginner’s mind there are many possibilities, in the expert’s
mind, there are few.”

Could it be that seeing the world of climbing through the eyes of a gumby—whether reborn or actual—is an open and productive mindset with
which you can or should approach climbing?

If you think about it: who didn’t experience faster rates of improvement during their formative years as a climber? One day you’re a 5.9 climber and then
bam! you suddenly leap into the once-stratospheric grade of 5.10. Just like that, you climb a new grade. I’ve often argued that this was due to the relative
ease of the lower grades, but … could it be that it was actually because of a lack of limiting preconceptions? 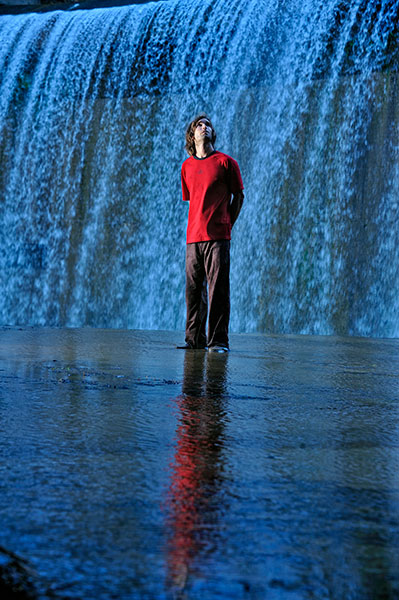 Obviously these “avant-garde” methods didn’t always work, but this creative “beginner’s outlook” seems to be a trait that really good climbers carry with
them throughout their whole careers while establishing some of the world’s hardest climbs.

For instance, I’ve always noticed Chris Sharma’s “spacey” approach to sending the world’s hardest routes while watching any of the five volumes of Dosageover and over again. Sharma’s belief in seemingly impossible movements and bizarre sequences seems almost naïve … until he sends that shit! Then
you’re like, whoa, he actually did that? It seems that Sharma never lost the blissfully distorted “anything’s possible” view that’s readily apparent when
you’re still a gumby.

With a little research, I found that Sharma is actually aware of his own “gumby” mindset. Once writing in a personal journal that was published for the
masses in 2003, he reflected: “In Zen they talk about keeping a beginner’s mind and experiencing each moment fresh and completely open without the hindrances
of expectations and regret.”

But even Sharma admits that his own gumby goggles fog with the crusty film of expectations from time to time. “It’s difficult for me to have a beginner’s
mind in climbing,” he wrote, “because everyone, including myself expects me to be an expert.”

So could it be that the crux of each season’s climbing is not the individual hard moves of the climbs you try, but the struggle to maintain an open mind?

For some climbers, an aid to replenish the enlightened state of a beginner is to take a break from climbing; Sharma actually quit climbing for four months after sending Realization (5.15a). French rockstar Patrick Edlinger spent his winters mono-skiing instead of climbing. For others, like Alex Megos (who recently onsighted 5.14d and sent a 5.15a second try) keeping a fresh perspective requires a three-try limit on climbs before moving on to the next route. (That’s easy for you, Alex!) But I’m interested in hearing about other’s methods of keeping climbing fresh. Feel free to comment below …