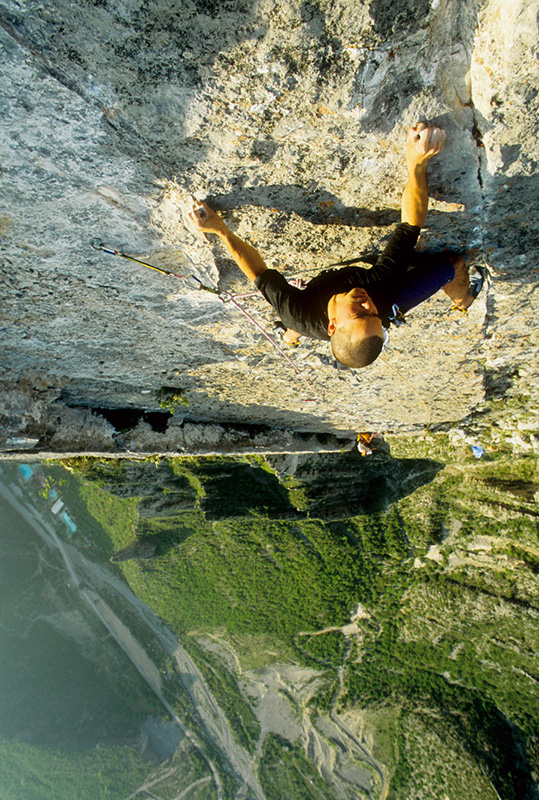 About a week ago Alex Honnold soloed El Sendero Luminoso (V 5.12d), a 1,750-foot route I freed with Kurt Smith
and Pete Peacock in 1994. Cedar Wright, who was helping Alex prep the climb, commented on outsideonline that the ascent was “one of the most cutting-edge
big-wall solos of all time.” Soon after the news popped up people started contacting me, asking me what I thought about the feat.

What do I think? Well, honestly, I try not to think about it.

Last year, Honnold repeated another of my routes, a 900-foot sport climb in the middle-of-nowhere Mexico—the closest pueblo is actually called Los
Remotos. The route, El Gavilan (5.13a) had taken me three years and one marriage to equip, clean and redpoint—from 1994 to 1997. Several
parties had trekked up to it, but nobody had managed to repeat it. Alex and his friend Josh McCoy did the route car-to-car, and Honnold onsighted the
entire rig. He was cool enough to reach out and rap with me about it in an e-mail exchange the likes of which every first ascentionist dreams about.

“El Gavilan was one of the raddest climbing experiences I’ve had,” he wrote. “It’s hard to even describe in an e-mail. The whole day was amazing.
Totally nailed the approach, found the route no problem. The climbing was out of control. So steep! It was amazing!”

After that, needless to say, Honnold became my favorite pro climber (even after the embarrassing photo was published in Outside where Honnold
dressed up as Bert from Mary Poppins and posed half-naked on a fake high-rise beam. Like the rest of the climbing media, I forgave him the indiscretion
and simply marked down the “Alex Honnold Isn’t Afraid of Skyscrapers” episode as a case of cha-ching! beating out his ah-ha!)

Of course, the Sendero free solo is a different realm entirely—so bad it makes me wonder if Honnold will ever get another visit from Santa.
To my knowledge no one has ever soloed a wall with such sustained technical climbing—11 pitches rated 5.12a or harder. The pitches are long (the
first five are 50 meters or longer) and unrelieved by big features where you can chill and shake out your feet. The wall is a slab, mostly just under
vertical, and if you’ve ever climbed a difficult slab you know how mentally trying that kind of climbing can be. To me, climbing a 5.12 slab is a little
like pulling a rabbit out of a top hat. There are elements of magic at work. Though it has been 20 years since I climbed the line, I clearly remember
the feeling of getting away with something when I redpointed the second pitch. I skated through on updraft, sticky rubber and whispered petitions to
demons. Clayton Reagan, a guy who has climbed a bunch of 5.14s recently told me that the second pitch of Sendero was the hardest 5.13a he’d
ever done.

Of course, the Sendero free solo is a different realm entirely—so bad it makes me wonder if Honnold will ever get another visit from Santa.

And
Honnold soloed that pitch! And all the others! Shit me! How is that even possible? Alex and Cedar were kind enough to e-mail me about the climb and
clue me in about tactics.

About the second pitch, Honnold wrote, “For sure the hardest moves on the route. You can do it straight on by lie backing opposing cracks with terrible
feet but I actually went slightly right—using the right crack for my left hand—and used a shallow two-finger dish on the face. It has slightly
better feet so it feels more secure soloing. Probably 12b or c tho, hard to judge things when you work them a bunch.”

Cedar wrote: “Yeah, it’s a dicey solo, that’s for sure. It helped that we cleaned and ticked the shit out of it and climbed it seven times.” Wright redpointedSenderolast
Thursday—climbing it at night. 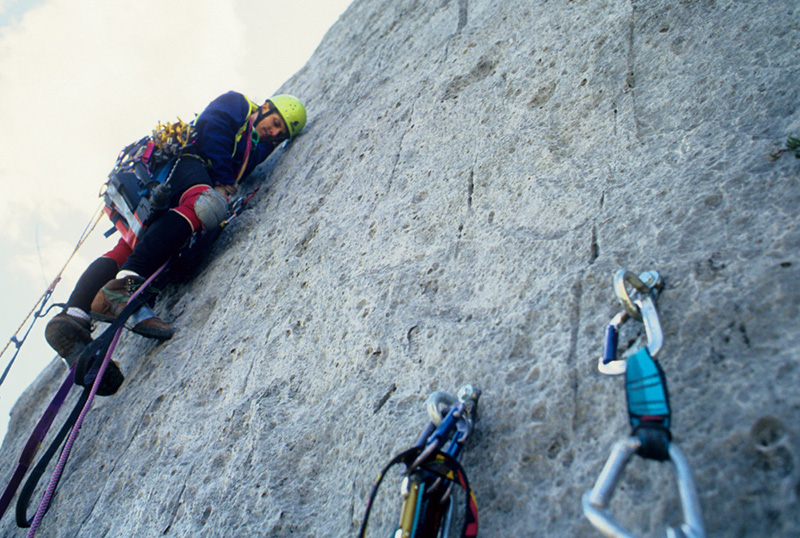 Alex wrote: “I’ve spent like six days in the
last two years just up there pulling weeds. Amazing line with amazing climbing. Sendero has always represented THE line to climb in Potrero
for me.”

And that’s why Alex Honnold is clearly the greatest climber of all time—because he has great taste in routes. And what do I think about the solo?
Was it a new level? I’ll leave that for other pundits to debate (feel free to comment below). The only solo I can think of that might compare is Hansjorg
Auer’s ropeless foray up The Fish Route on the South Face of the Marmolada, Dolomites, in April of 2007. That one is longer (2,700 feet) and
rated 5.12c, but the climbing is also much less continuous with only a few sections of 5.11 and harder.