“I want to do Pump-O-Rama when I am 70,” Hermann Gollner said a few years ago. “If I don’t, I will be the one you see weeping at the bottom.” He laughed his booming Hermann laugh.

When Hermann, who is from Austria (and was junior national slalom champion there) was a ski coach in Aspen, his kids often referred to doing things “the
Hermann Way.” For example, Hermann wore his sunglasses with the earpieces on the outside of his hats, a style others at first chuckled about, and then
adopted. He also liked to shut the ski van door not with his hand but by driving swiftly forward and stomping on the brakes. Bang! 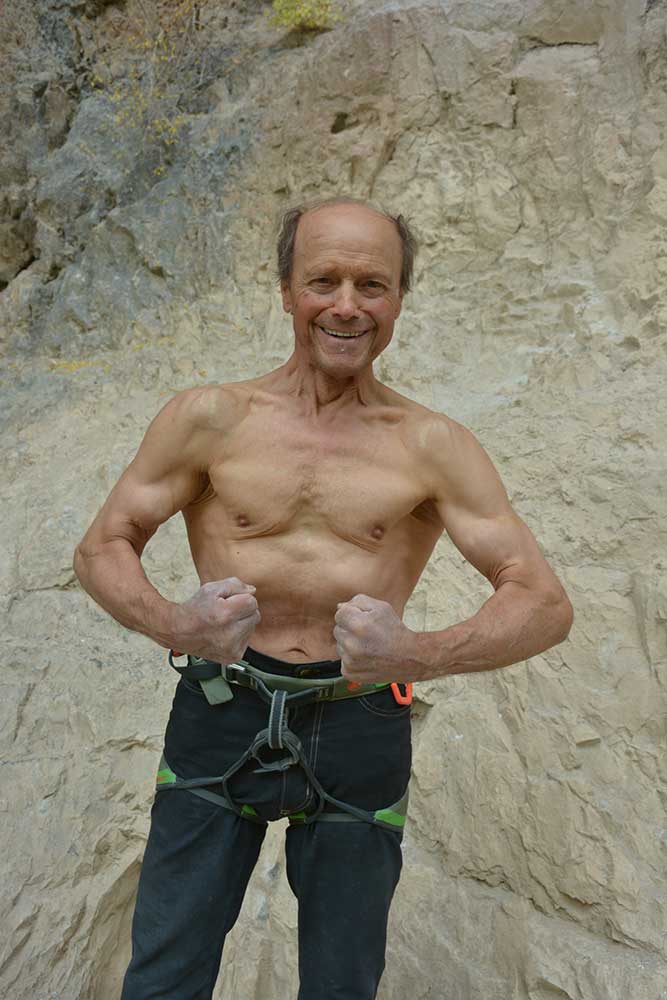 Pump-O-Rama (5.13a) climbs just like it sounds. The holds are mondo, but the thing is sustained for 80 feet through the roofs of the Arsenal,
the most overhung section in the limestone canyon of Rifle Mountain Park, Colorado.

Each year Hermann, compact and wiry, road trips from the Reno area to Rifle. He turned 70 in September of last year, but did not attempt the route then
because he was recovering from shoulder surgery. Instead he climbed Pump-O-Rama this past May. Then he also climbed it in September, newly
71—“for a bonus!” he says. Another big laugh.

Readers loved, commented on, and shared our news item last month about Lee Sheftel, 68, climbing 5.13. Well, Gianpio Piccardo in Italy did post these grumpy words: “so what bruno and I are over 70 and
we stil [sic] climb”—but, hey, great.

As one friend of mine puts it, Lee and Hermann are the rabbits. A rabbit is a runner who leads a distance field to set the pace.

Yet while always inspired by those out in front, I’ve also figured that the hordes were coming along right behind, and they are. 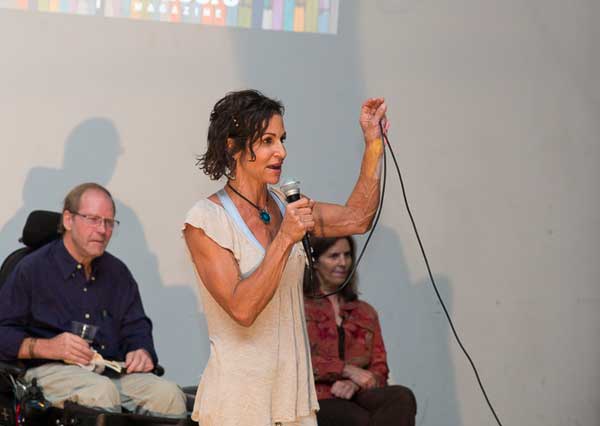 Indeed,
among the strongest cultural trends I have seen in my life is the emergence of the aging athlete. This is a boon for our energy and health (and our
friends in the fields of orthopedic surgery and physical therapy). We have come a long way from a years-ago letter to the editor in a climbing magazine
in which Bob Yoho wrote, tongue in cheek, to the outspoken John Bachar: “I can see how it’s tough to have age 30 rushing at you like a freight train.”

Bob is now 61, a climber and physician who espouses a varied approach: He swims, bikes, lifts and climbs, lapping a lot of 5.10 and 5.11.

He e-mails: “I now get sore and have to ice shoulders and knees a couple times a week but it’s pretty effective. Like everyone my age, I have degenerative
joint disease (osteoarthritis) but I think Bikram (most effective but most irritating yoga) and, lately, flow yoga classes have kept me from stiffening
up.”

These days you see people in their 40s and 50s everywhere in Rifle, the Red, at Rumney. Under the Pipe Dream roofs. In Jailhouse. Wherever. Now the numbers
are expanding. Chuck Odette, who turns 60 next month, has done one 5.14a, two 13d’s, four 13c’s, and a whole mess of other hard climbs (he keeps an
8a log) this year alone. Steve Hong also turns 60 this year, and he’s always been rad, both in sport—he first climbed 5.14d at 52, as did the
UK’s Stevie Haston—and trad. Recall that Hong did the FA of Sphinx Crack, 5.13c, in 1981. Women? Less than a decade behind, in their
early 50s, are Robyn Erbesfield and Lynn Hill—what do you bet they keep it up?—as well as Bobbi Bensman, who just broke the elite women’s
record at the Horseshoe Hell comp, doing 125 routes up to 5.12a. Sibylle Hechtel, from an era just ahead of Hill’s in Yosemite (Sibylle was the protégé
of Lynn’s hero, Bev Johnson), is always climbing; she was on El Cap last Tuesday.

A Google search turns up Novato Marin of Spain (father of the leading climber Edu), who climbed 8b+ / 5.14a at 60. Who else is out there? 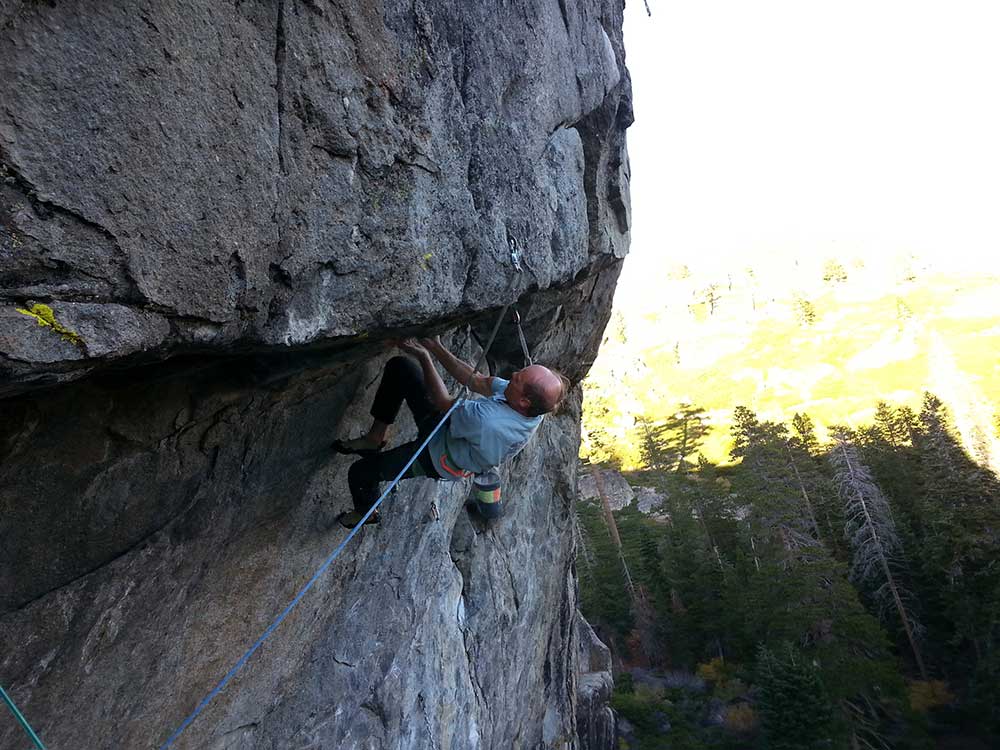 Of all the things I’ve read in the last few years, the one with the most practical effect on me was an essay by the self-styled “middle-aged” Will Gadd, 47, in which he talked about the importance of moving—doing something, anything—nearly every day. Will later told me that essay was just dashed off, but it was wildly popular and turned into this short film synapsis by the talented photographer-filmmaker Austin Siadak. All I know is that it made me more likely, even at day’s end in winter, at least to walk out to the end of my road, a half-hour turn, and as useful mentally as physically.

My friend Katie Kemble, climber and nurse-practitioner, says, “If there’s a fountain of youth, it’s exercise.”

One caveat: No pressure! Climb whatever you want. Richard Parker, who just turned 60, has been climbing for 40 years and still guides, wrote me once that he eschews a national culture “that says push it all the time.”

Parker, who has climbed in all genres and now frequents trad routes on which he is totally comfortable, wrote that he neither envied nor criticized harder-charging peers. “I love that I have no ambition as a climber. I have had my time of pushing it. As I climb the same 5.9 pitch for the umpteenth time, I get as much pleasure as I used to, ticking that hard route I trained for.

“My pleasure comes from marveling at the amazing color and texture of the Mount Desert Island [Maine] pink granite, and looking at the sun sparkling on the water.”

Oh, and Hermann? You can see him in this video, at 4 minutes doing a triple flip on skis. He was the first to do it. A rabbit then and now.