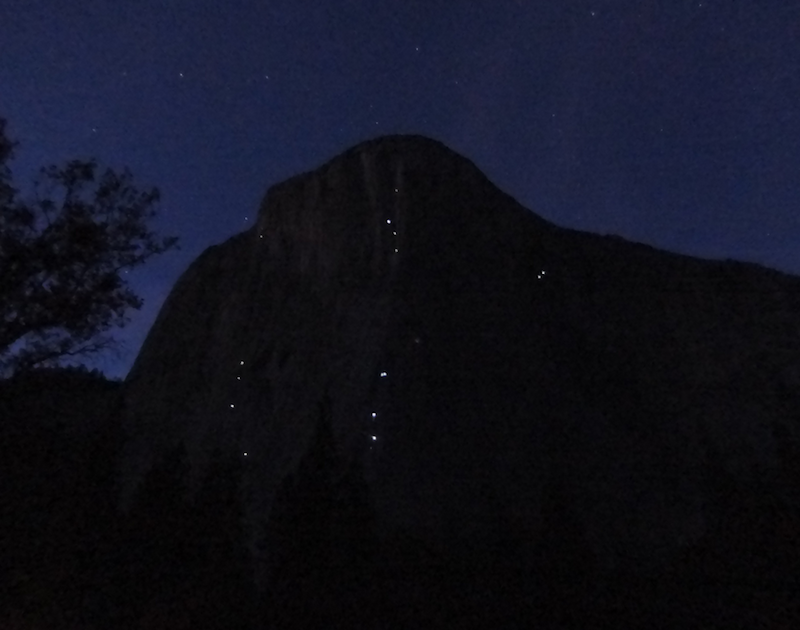 When Freddie Wilkinson’s Op-Ed “Climbing Beyond Boehner’s
Reach” appeared in the New York Times one week ago, the government was still shut down and the national parks were closed.

I’d read about climbers in Yosemite hiding out and clandestinely bouldering or climbing. A few teams even jumped on El Cap. Wilkinson wrote that one team reported hearing a message
broadcast through a loudspeaker: “Climbers on El Capitan! The park is closed! No recreating!”

He also described a “porous” park where it was easy to sneak in and poach a climb. To me, given the circumstances (the victimization of innocent citizens
by inept and dysfunctional partisan politics) trespassing seemed like a perfectly reasonable thing to do, maybe even a duty. Only when I read some
of the comments did I realize that not everybody agreed that climbers should ignore the closure, break the law, bum rush the cliffs and get their climb
on.

A poster with the avatar ikanakattara wrote: “These are selfish actions, because you are putting yourself and any potential rescuers at grave risk if something
goes wrong, all for the thrill of some ‘nature experience.’”

I dismissed ikanakattara’s comment as the usual ignorant sentiments of someone who doesn’t climb and equates our sport with “thrill seeking behavior” somewhere
along the continuum between trapeze and wingsuit flying. Of course, there was a litany of comments from the fecophobes concerned that the bathrooms
were closed and the only place to shit was in the woods and how dangerous that would be, etc. What do these people think crap is made of? Zombies?
Believe it or not, there are ways to safely go in the woods. Google “How to shit in the woods” for about 32,200,000 ideas.

But what surprised me as I read down the list of 144 comments was that even some climbers,
a historically antiesablishmentarian (if not downright rebellious) tribe, were opposed to climbing in Yosemite during the shutdown. Tom Mullholland,
for example, opined that we all should follow Tommy Caldwell’s example and take a two-week break. Mullholland copied a link to a thread on MountainProject
where he wrote that “a majority of climbers are against illegal climbing in Yosemite.”

I clicked the link and started reading a discussion that began on October 3 (the second day of the 16-day shutdown) and was titled “Ninjas in Yosemite!?”
Grog had started it off with the first post: “Couple of buddies and I have some plans to take on the Nose in the near future. The park is closed, but
being awesome young ninja dirtbags we put on our creative katanas and think we can get to the wall. We have some concerns! Any other dirtbags/samurais/ninjas
going on a similar mission?”

When I read Grog’s volley I was immediately won over, impressed that these guys were thinking of following through with their plan in spite of what everyone
unanimously agreed was a stupid and unnecessary “closure.” But after reading the comments I once again noted that my feelings were in the minority.

For example, Ryan Nevius wrote: “The park is CLOSED. Yes, it’s unfortunate. No, nobody likes it. I don’t understand why people think there is some kind
of gray area around ‘closed.’”

Dave Alie wrote: “Endangering access for an entire user group by flying in the face of the park authority who protects our climbing resources is not defensible
civil disobedience that makes you a badass rebel. It’s the height of selfishness and irresponsibility and makes you an asshole.” 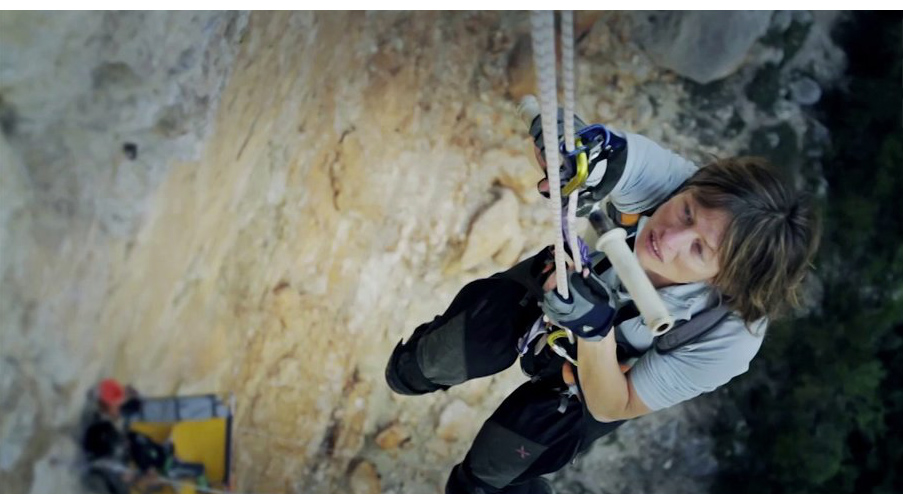 Clearly some people felt strongly that the closure should be obeyed, but the more I thought about it,
the more I sympathized with the “ninjas” who decided to go for it. It made sense for Caldwell and other pro (or itinerant) climbers who aren’t on a
tight schedule to wait out the shutdown, but what about people who only get two weeks a year vacation and have made the pilgrimage to the Valley to
climb? Or how about folks from overseas like the Belgian paraplegic, Vanessa François, who trained and saved and planned for this one shot at the Captain? People like that might not have two weeks to spare.

The cardinal rule in deciding to ignore a social more or law is the litmus test of culpability. If someone will be harmed by your action then don’t do
it. Climbing in Yosemite during the closure seems like a victimless crime as long as you follow two basic ground rules. 1) Properly dispose of human
waste. 2) Don’t require a rescue.

When Harding and Robbins were doing the first ascents of El Cap, there was no possibility of a rescue. They put on their big-boy pants and planned for
success or self-rescue. Climbing used to be about self-reliance and self-responsibility but somehow that has changed. I’m not sure why, but perhaps
the reason climbers have come to expect a rescue is
related to the fact that that these days everyone is incensed with the badly malfunctioning government but unwilling to actually act/protest.

In theory and according to designation, Yosemite is a wilderness and climbers climb in the wilderness all the time. When I climbed Mount Proboscis in the
Cirque of the Unclimbables, for example, we took four float planes and a helicopter to reach the base of the wall. And, oddly enough, 75 miles from
the Arctic Circle the same rules applied as they did during the Yosemite closure: 1) Properly dispose of waste. 2) Don’t fuck up.

If your proposed illegal action
passes the test of culpability—if no one will be harmed—then the next thing to look at is whether the rule or law is just. Is it fair,
reasonable, unbiased? If you deem the law unfair, unreasonable or biased—in other words if the law unnecessarily and unfairly curtails your freedom—then
it is your duty as a citizen to disobey that law. As Henry David Thoreau famously put it in his essay “On Civil Disobedience”: “The only obligation
which I have a right to assume is to do at any time what I think right … Law never made men a whit more just; and, by means of their respect
for it, even the well-disposed are daily made the agents of injustice.”

“Civil disobedience” is a coded term these days since it has been coopted by dozens of groups from demonstrators to delinquents, all seeking to hitch their
brand to Shelley, Thoreau and Gandhi, the geniuses who defined the movement. Originally, the term referred to the non-violent refusal of an individual
to obey certain governmental laws or demands.

Civil disobedience is as old as time and has been successfully employed for as long as people have been oppressed, including recently (20th century) in
America, Egypt, India, Czechoslovakia, East Germany, South Africa, Georgia, Ukraine. Of course, these were all massive movements to correct grave injustices
such as institutionalized discrimination. Climbing in Yosemite during a government shutdown is a far cry from rallying against apartheid and yet the
unjust loss of a right, such as the right to recreate in our national parks, should be intolerable or other freedoms could be impinged. One way to
protest the unfair usurpation of a right or a freedom by the government is to go ninja and nonviolently take it back. Does that make you a douchetard?

Judging from Wilkinson’s editorial, Yosemite during the closure was a pretty idyllic place. No cars, no campfire smoke, no crowds. Sure, there were still
roads and a little city built right in the middle of one of the world’s most sacred natural spaces, but at least it was quiet. In fact, trespassing
in a closed Yosemite is the closest you’ll ever come to seeing the Valley the way it really should be—with no cars, no gas stations, bars, restaurants,
markets, auto repair shops, hotels, tens of thousands of people, police and rangers. Sounds like a paradise as long as you practice self-reliance and
cover up your poop.

Back in 1970, the park service drafted a plan that would ban automobiles from the valley but 45 years later it still hasn’t been implemented. Maybe we
need another shut down? Close the road nine miles back. Pull out the infrastructure and law enforcement. Let climbers find their way back in and leave
us alone.