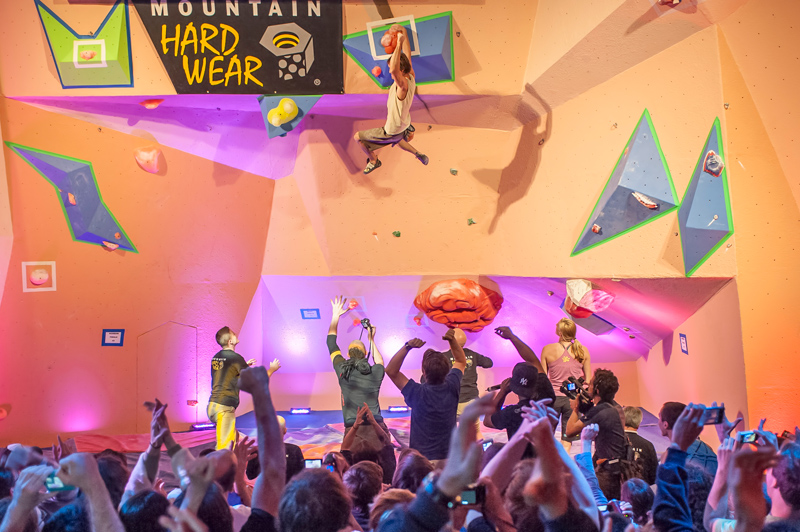 I was 500 or 600 feet up on Cannon Cliff in New Hampshire, clipped to a single hex, when my friend Doug fell. And hung. About 10 feet below me. I can still see him, and remember
the chilling thought, There’s nothing holding us but a hex.

The 5.9 pitch, the crux of Vertigo, followed a dihedral, turned a corner, and traversed a few moves to gain a crack. Stalled in the crack by rope
drag, as if I were pulling an elephant, I had stopped and belayed on a big hex. A good one, but only one. Doug had now removed my last pieces of pro
leading to the anchor.

Doug Elson and I both survived, and he, steady and capable, is now a physician in Bozeman. I didn’t know (until after that day) to use long slings to reduce
drag. Or to downclimb, no matter how far, if lacking more than one anchor placement.

The learning years; the most dangerous years. The storm years, as my friend Steve Dilk called them the other night at the gym, as we fell into horrified
reveries.

“After I survived my storm years …” he began a sentence.

The scary thing is that, unlike many beginning climbers today, we at least had mentors. Is a typhoon approaching?

I’m not saying my mentors were perfect. They were just other college kids, not guides with systematic methods. But they’d all learned from someone else,
and several had been to Outward Bound or NOLS. Ian Baker visually checked everyone’s knots. Charlie Bates called it “unforgivable” to let go of a rope
with your brake hand. He and Chris Blatter quietly picked up and packed out any can or bottle they saw trailside.

Today
we climbers face a whole new era, with skyrocketing numbers entering the learning years. They are climbing in gyms, where they gain a modicum of knowledge,
but gym staff won’t be there when they walk out the doors and to the crags.

Recently Chris Warner, owner of the three Earth Trek climbing gyms in Maryland, spoke at an American Alpine Club board meeting, and presented some big
numbers:

Warner tells me, “We get over 500 check-ins every weekday in our Rockville gym and over 1,000 on weekends. I am sure others—Brooklyn Boulders, Planet
Granite—get more.”

Kyle Waggoner of the USAC observes that in 2010, ABS Regionals attacted 1,069 participants, while 2014 Regionals have received almost 2,000 signups, an
86 percent increase in four years.

Today Boulder, Colorado, has four major gyms, and Warner has just, on November 26, put in a mondo $6 million facility in Golden, only 35 minutes away.

A recent trend, exhibited at major
facilities like Movement Climbing + Fitness in Boulder, and anticipated in others such as the upcoming First Ascent Climbing to open this spring in
Chicago (where Brooklyn Boulders LLC has also just signed a lease), is to create not just a brass-tacks climbing facility but a whole experience. Amenities
include other gym equipment, childcare, full-service locker rooms and cafes.

The next trend appears to be, as Waggoner says, “Nobody’s limited to geographic area anymore.”

Like Chris Warner, who is expanding west from the mid-Atlantic, owners are moving outward. From the Bay Area, Touchstone Climbing is opening in L.A., and
Planite Granite is expanding to Portland, Oregon.

Meanwhile, the owner of Stone Summit in Atlanta, an enormous gym and veritable youth magnet, is about to open a second facility in nearby Marietta, Georgia.

Says Pete Ward of NE2C Productions, which runs the Unified Bouldering Championships tour, “As a community, we have to understand that all future climbers
will come through gyms and that as the country urbanizes … those gyms will be in densely urban areas. Most future climbers will be city people.”

Will the gym learners go outside? Sure. Mark Kroese, president of the AAC, reports that in a survey of gyms
in his city, Seattle, found that 70 percent of members aspire to climb outdoors.

Of course, another way to look at the numbers above is to marvel that 30 percent prefer to remain inside. People climb for different reasons, and in gyms
many are finding community as well as excellent workouts.

And whether those climbers moving outside will even stay outside (or return indoors after a few forays) is another question. But gym-to-crag climbers are
a giant emergent group. I think their education is the top safety issue in climbing.

The good news is that the industry is responding. Over Halloween weekend, the Access Fund (supported by the AAC) sponsored a gym-to-crag “Educate for Access”
symposium in the Shawangunks, New York. Climbingbusinessjournal.com recently listed over half a dozen gyms (Vertical World, Upper Limits, Edgeworks,
Boston Rock Gym, Planet Granite, Mesa Rim and Aiguille Rock Gym) as among the many who have developed programs to teach outdoor safety and ethics.
Warner was quoted as saying any gym member should ask if a facility is a member of the Access Fund, AAC and Climbing Wall Association. All are advocacy
groups, with the CWA forming 10 years ago to promote risk-management practices and serve gyms, staff, manufacturers and others in the industry. The
organization recently released a “ClimbSmart” video featuring Chris Sharma, Sasha DiGiulian, Paul Robinson and Jason Kehl discussing risk and awareness
(in gym use). The climber-writer Matt Samet has written the illustrated

Ty Tyler of the Access Fund says: “There is a clear conclusion that something needs to be done to begin reaching climbers throughout the community. The
indoor setting is one of the ideal opportunities, but not the only one.” The AF plans education at a national level, with “regionally relevant” information
for gyms, local climbing organizations and local climbers. The AAC’s Craggin’ Classic, held this year at Smith Rock, Oregon, offered a gym-to-crag
clinic.

“We don’t need to be afraid of gym/city kids,” says Pete Ward. “Look up on the Dawn Wall and see Kevin Jorgeson, Tommy Caldwell and Chris Sharma. KJ and
Chris are gym kids who, for my money, turned out pretty damn good. “It’s up to us to communicate what is important.”


Encourage any gym climber you know to take classes. To read up. To hire a guide (see amga.com)—especially in learning the additional complexities
and risks of trad climbing. It’s worth whatever money it takes. There is so much to learn in climbing, and in this sport we can’t afford to learn from
our mistakes.

If you see someone erring out at the crags, speak up. Your opinion may not be welcome (mine sure wasn’t last time I tried), but you could prevent an accident,
and will at least gain peace of mind from trying.

And while we are at it, here are two things for each of us to do every time, a matter of sustained vigilance. Most of the accidents this magazine sees
could be prevented with these steps. We could fill the Accident Report every single issue with incidents regarding the latter.

See this TNB by Duane Raleigh on related topics.