The Conga Line moved slowly up the north side of Mount Meru. Overhead, the Asian sun blazed on the windless day.

“Tourists!” I said to myself, and contemplated ducking out of the line and going around. Precipitous and slippery walls of sandstone to the left and right told me otherwise. I stepped up again into the well-worn footsteps and sucked in another lungful of tropical air.

Ahead, one of the Japanese stopped, turned and snapped a selfie.One of the Seven Wonders of the World, Angkor Wat is a representation of the mythical Mount Meru to Hindus and Buddhists, and the center of their spiritual, metaphysical and physical universes and home to Brahma, Siva, Vishnu. 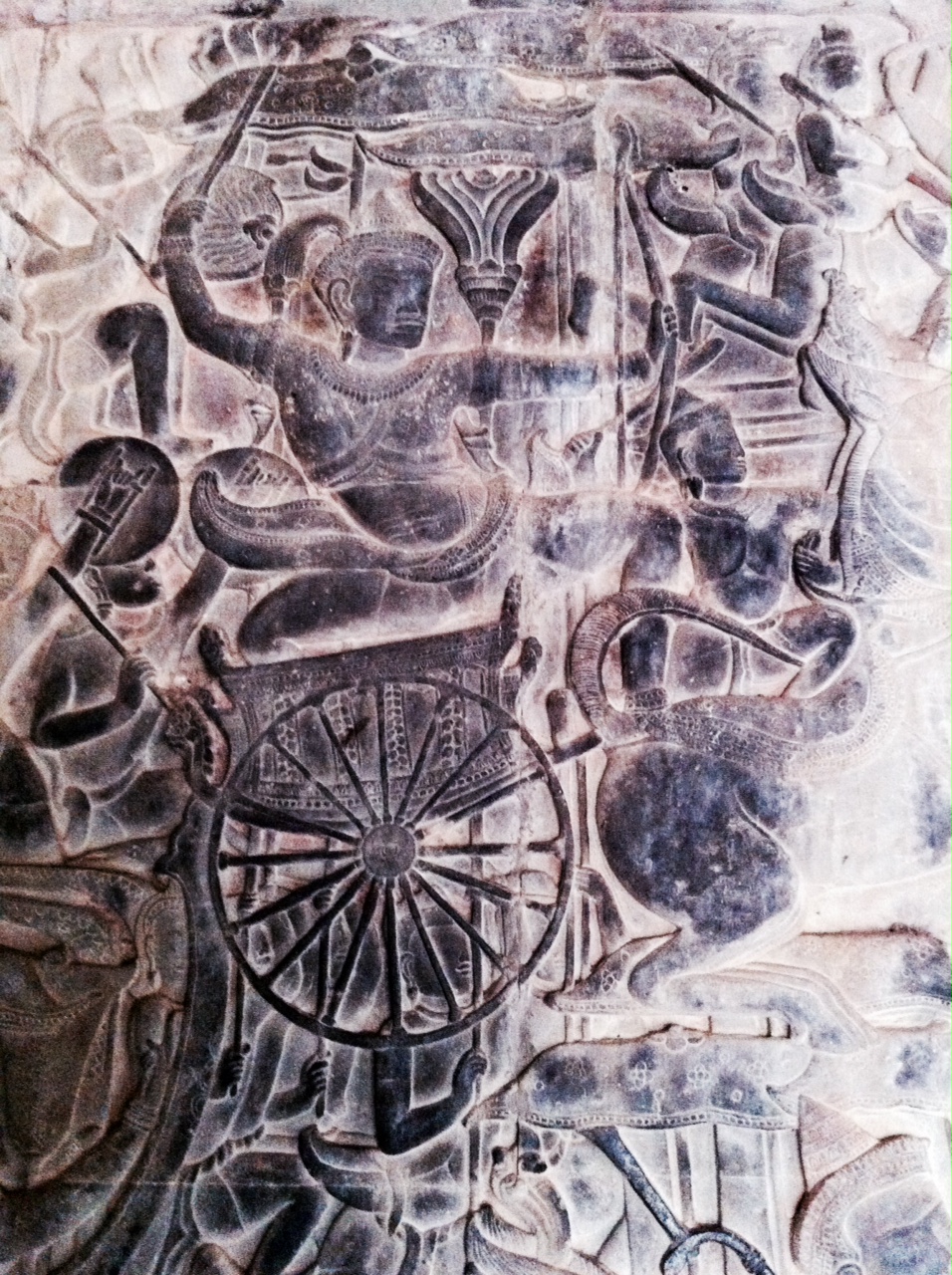 My guide, Sin, had said the climb would be hard. “Everyone wants to go to Heaven.”

Sin grew up an orphan in southern Cambodia near the border with Vietnam. When he was still very young both of his parents starved after the Khmer Rouge left the country devastated and a quarter of its population dead.

Sin was raised by an old woman and when he was old enough and had learned how to pray and recite the chants he became a monk.

He journeyed north for four months to Siem Reap, a city famous for its jungle temples including Angkor Wat. The reconstructed ruins of Angkor Wat spill across 500 acres of verdant land and have more quarried stone than all the pyramids of Egypt combined. The temple’s five towers rise like enormous stone pineapples, four around a central structure. The central tower is 699 feet above ground level and climbing it is the pilgrimage that drew Sin to Siem Reap. 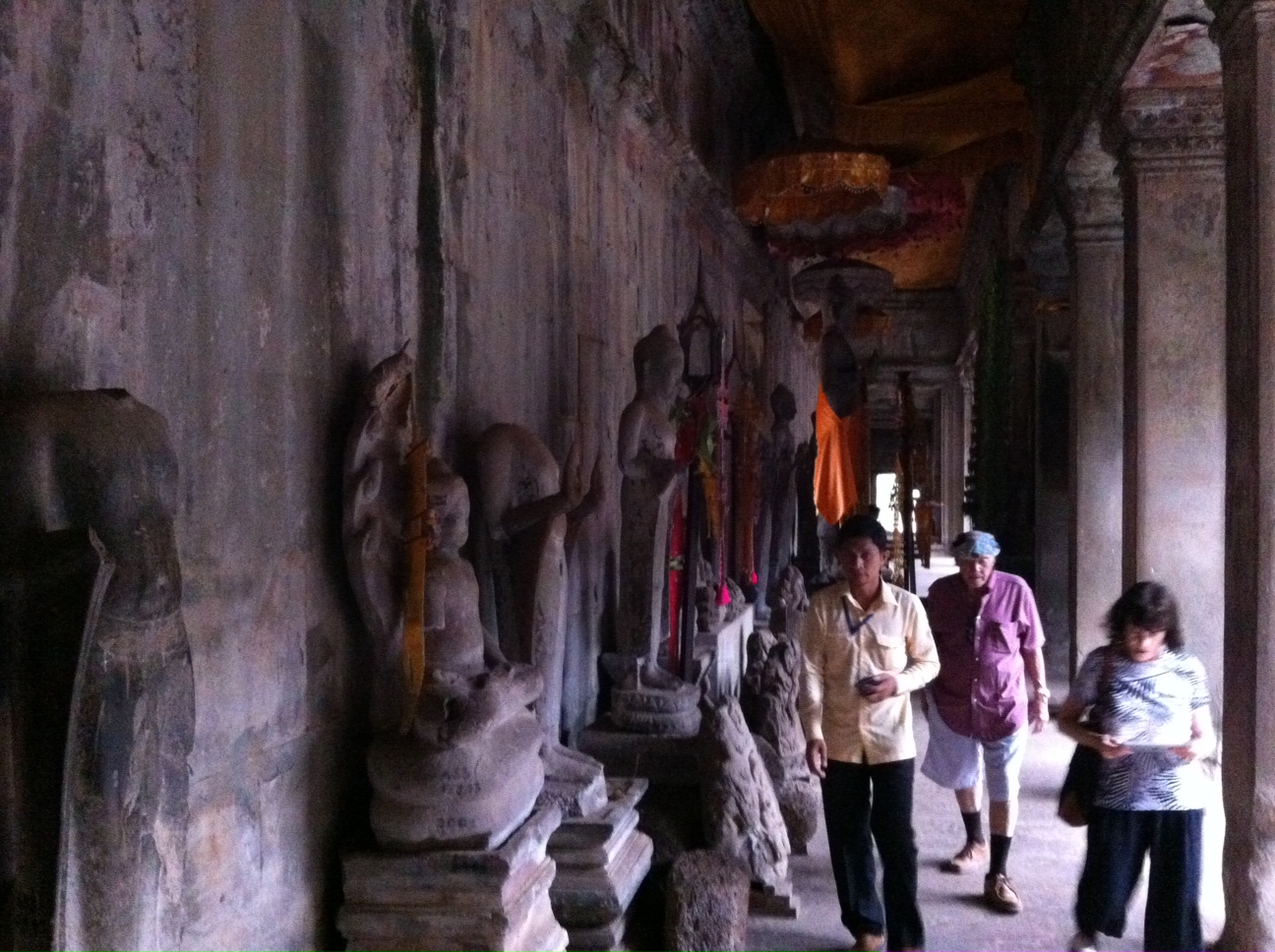 Angkor Wat is laid out as a mountain range with the central tower of Mount Meru dedicated to Shiva. The four outer towers are peaks at the edge of the world. Angkor Wat is the largest religious structure in the world and was originally Hindu but was recast as Buddhist. On the walk to the central tower I passed the Hall of a Thousand Buddhas that had perhaps 50 Buddhas, none with heads. Other halls are floor to ceiling
with bas reliefs, mythological and real scenes of gods and battles, heaven, hell. In hell demons pound iron nails into your long bones.

The steps to the central tower are steep and were purpose built to cause you to pause and prepare your mind for the sanctity that awaits. But all I could think about was continuing to move, to reach the cool dark chamber above and see for myself what has driven all these people here.

Sin had been fascinated by the temples of Siem Reap, but stayed to work with orphans in the killing fields. “All of Cambodia was a killing field,” he said
to clarify that there wasn’t just the one. In 2001 outside Phnom Penh I walked across another killing field, one of 20,000. The ground was covered with clothing and bones and you could not walk without stepping on them. 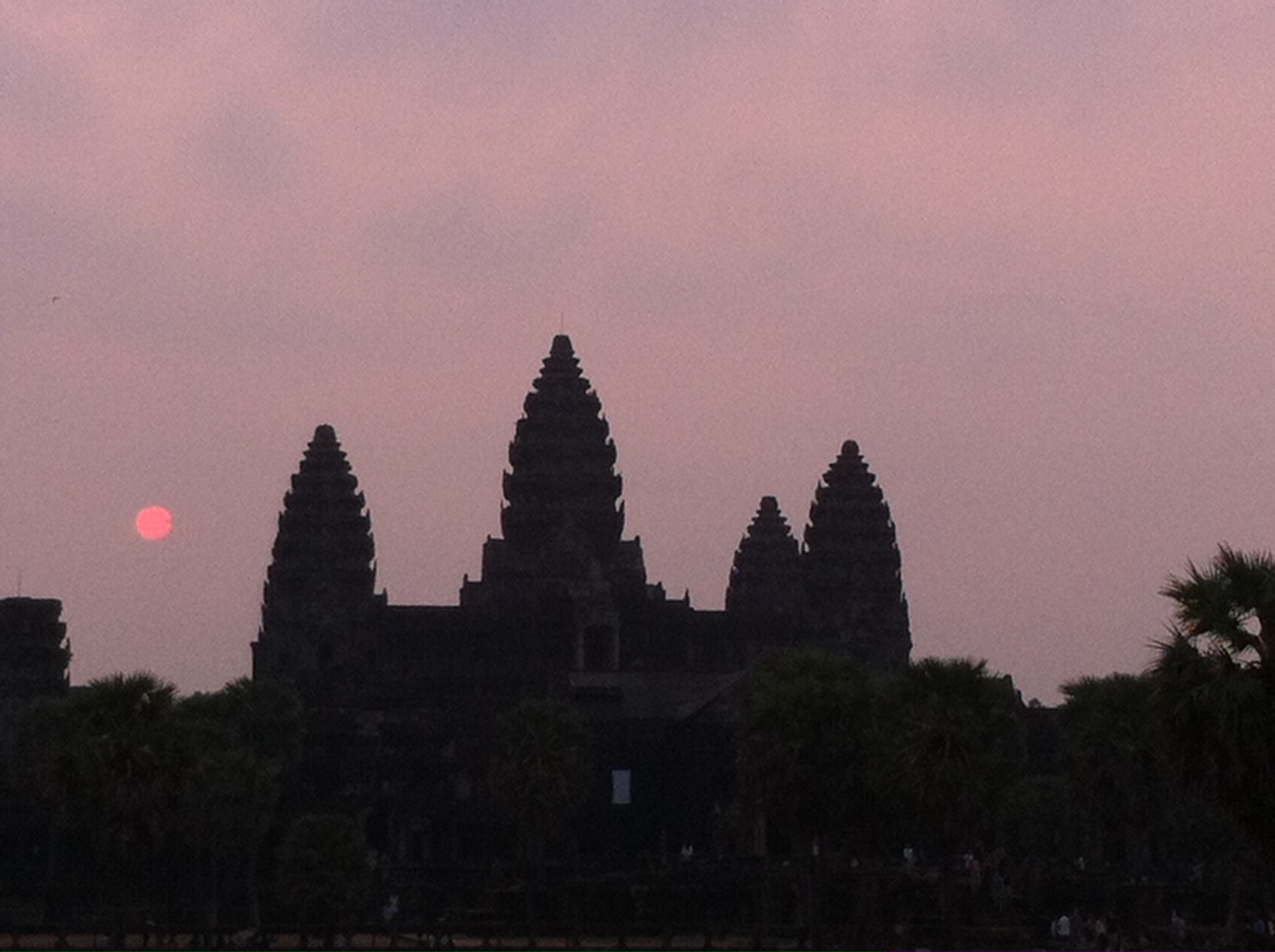 “As a monk, first do good deeds,” said Sin, “and you will be born again and again until after enough good deeds you go to paradise.” Sin’s good deed was raising $1,500 to build a wooden school for children who had no access to education. He now gives unofficial tours and drives a taxi and hopes to save $150 for a well for the school.

The Conga Line moved again. I glanced back to see my youngest daughter Belle, who was born not far from here, nervously glance up then down. I shared the same thought: If anyone ahead of us fell, everyone below would go down like bowling pins. There would be no escape.

As Sin said, the climb to heaven is hard.