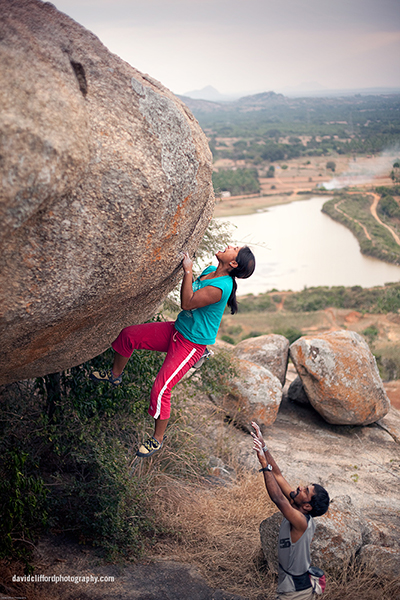 Every Friday we post a falling video on rockandice.com. This “Weekend Whipper,”
as it’s called, has become one of the most-viewed regular features on the website, and the comments section has morphed into a forum where the merits
and, mostly, demerits of the featured climber are debated and discussed. In that way the Weekend Whipper functions not only as thrilling entertainment,
but also as a sort of lesson, much like the Accident Report department in Rock and Ice, where people can offer advice and learn how to be
safer climbers.

Last week we featured a video that shows a climber attempting a route on a hill called Susunia in West Bengal, India. As usual (this being the internet), the comments are pretty
harsh, ranging from speculation that the climber was errant in not getting a second piece of pro to simply stating that the video is an example of
“some of the funniest (bad) shit I’ve ever seen. How is that guy not dead?”

In 2010 I went to south India and sampled some climbing in an area called Ramanagaram, between Bangalore and Mysore (check out the photos and article). A local climber
named Kamalesh Venugopal was kind enough to show me around and we uncovered a few good pitches and a spectacular route—a shady, two-pitch crack
that we dubbed Bollywood (5.11d, 5.10).

Although we could have climbed Bollywood all clean with several #5 Camalots and a few Big Bros, we elected to bolt the long upper section which
was over 4-inches wide, because, as Kamalesh informed us, “You probably couldn’t put together a double rack of cams to four inches if you gathered
every piece of gear owned by climbers in all of South India.”

With this in mind, we placed gear till the crack widened beyond five inches, and bolted the rest, hoping that other climbers in the active community would
be able to sample one of the finest routes in the region. 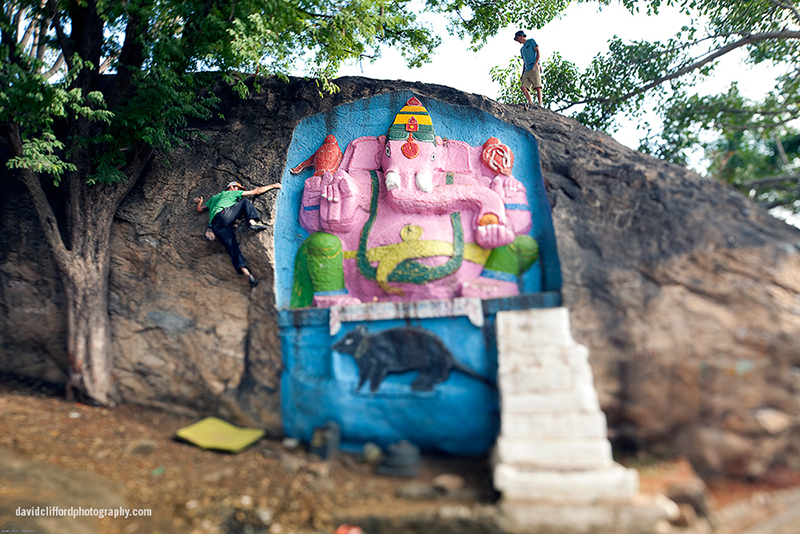